I had to process and stitch it from the RAW files twice. The first time I didn't adjust my exposure as I converted them to TIFF and had some cruddy looking sky. The second time I did more adjustments and got a much better looking sky to work with. I hope to have the money to print it. Could look really good.

Flotsam and Jetsam Before I Go Offline For Awhile.

So... I have had a busy last few weeks, due to an impending move and just life in general. But I did find the time to shoot a few photographs a week ago Saturday. Due to the new Blogger interface I loaded them in reverse order so I will blog about them in reverse order too. The above shot is a three shot panorama taken at the end of the day, I have a larger one that is 12 shots but it is too big and I don't have the time to go in and compress the file. Will put it up later. Lenticular clouds are some of my favorite cloud formations EVER! We don't get them much but when we do I run for my camera.

Prior to that we had taken a trip to downtown SLC to visit my Sister-In-Law, Father-In-Law and his new wife. I chose to go relax with some photography prior to doing that simply because I needed to decompress. I went to the new City Creek Center in Downtown, I think I like it and I will need to go back there again and again. I think Night time could be interesting.....

Both of these shots were taken with my 8mm Fisheye lens, and they are both HDR with slight processing differences. 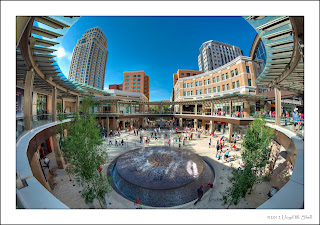 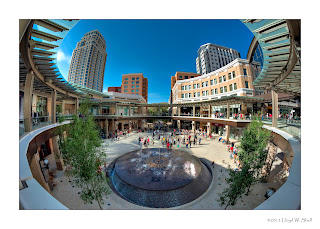 I have been wanting to try a shot like this for awhile, need to get better at it, but I like the perspective and adding the foreground flowers. It is a trifle overdone at times, seems like everybody takes one of these, but it is important to take the time to try different perspectives sometimes. Helps you to grow. 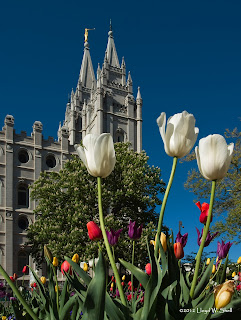 Two examples of the difference that aperture makes. I am fooling with a lens given to me by a friend an old screwmount Soligor 200mm f2.8. The first shot was at f5.6 or 8 I cannot remember. The first wide open at f2.8. The lens is not a great performer wide-open but is reasonably sharp by f5.6, but is subject to longitudinal chromatic aberrations in out of focus areas. I like the background blur but I am still at a bit of a loss to visualize the focal length when assessing a shot. It will take time. 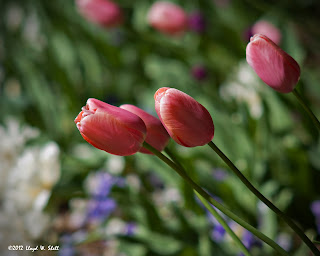 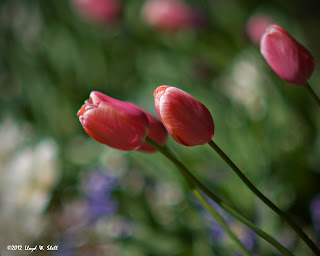 Here are some more test shots going from f8 to f5.6 to f4 to f2.8. I have to say that the handling of the lens is fun, it is built like a tank and could kill a water buffalo if it got too close. 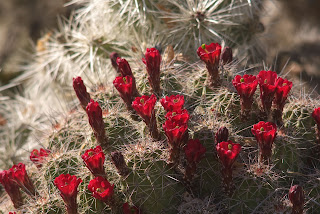 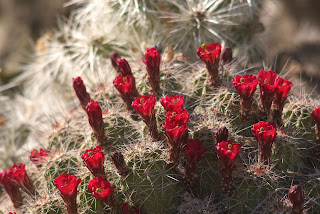 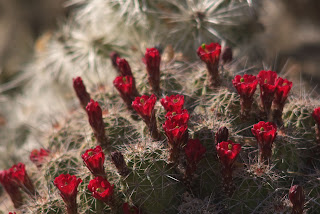 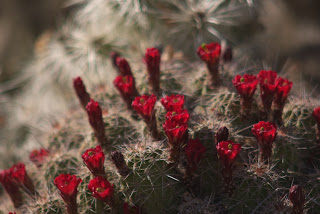 Cheers! Will be back up in a few weeks once the move is completed and I have time to shoot again.