The First Flowers of the Year!!!

I have been watching these guys for a few weeks, just waiting for them to open up. Finally when we went over to my parents on Sunday they were blooming... well one of them was! I set up my new tripod (more about that in a sec) and tried for a few shots. Not wanting the kids to be running amok without me for too long I didn't linger but was impressed at the versatility of my tripod.
These first two have had my standard post processing done. 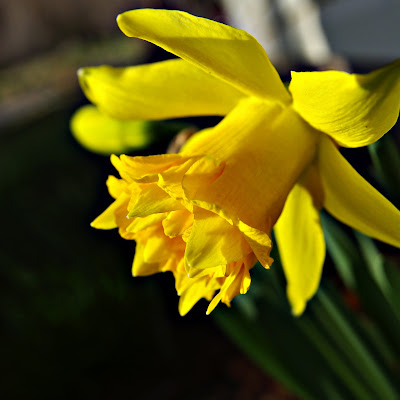 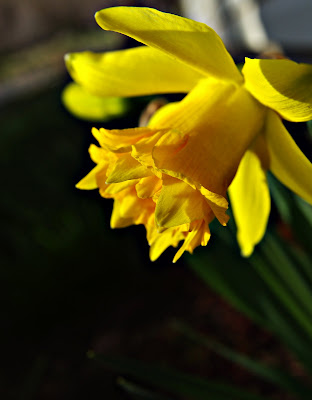 This one I believe is an untouched original... I think.... 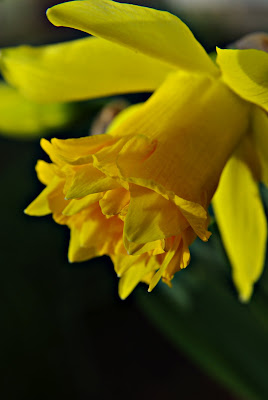 Here is my tripod, it is really really cool, the center column can tip over and get really really close to the ground. I could have gone lower and shot up into this flower if it had been taller and the light was co-operating. For those that care it is an Induro AX 213 6M Alloy tripod with a Vanguard SBH-300 Ball head. 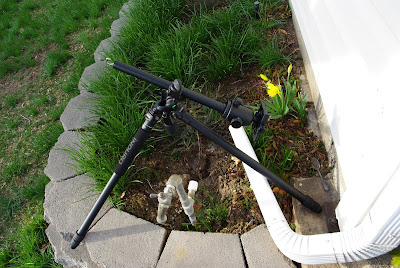 OK, an hour and a half later here is what I was able to do in Black and White... which I rather like! Though the first a little more than the second. 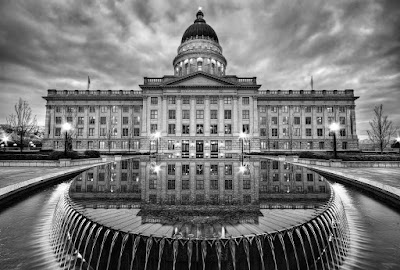 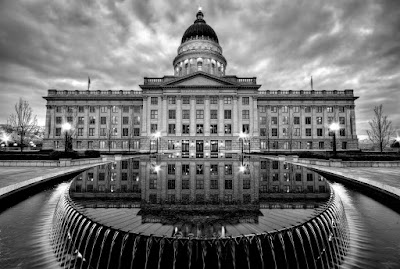 4 Shots of the Utah State Capitol

Alrighty, time for a story.
I had the opportunity to attend a course last Friday and Saturday at the University of Utah in Salt Lake City. As I often do, I went early to take some photos, because... well... I am a photographer as well as a Physical Therapist! So Friday I went to the inside of the Capitol Building as I have once before. Except this time I had my handy dandy new Tripod which with a L-Bracket allows me to shoot Panoramas with the nodal point of my lens approximately in the same place as the center of rotation of the tripod. More about that in some other post... So, there I was all by myself at 7:00am in the Capitol rotunda getting prepared to shoot. Once I started shooting I found that the lighting was very tough and I was going to have to shoot 3 bracketed shots and process them as HDR then stitch them. So I spent the next 30 minutes shooting at 25 degree slices until I had covered the whole 360 degree angle of view. Finally on Sunday I got the opportunity to process the HDR's and loaded all 15 shots into The panorama creator in Photoshop Elements 7 and off I went... with one small problem... it locked up my poor creaky old computer. Crashed and burned!!! So you don't get to see those yet, hopefully my brothers rocking machine can handle that load.
On Saturday it was not snowing and I was able to shoot outside. I had no idea that there was a reflecting pool behind the State Capitol, seriously, no idea. Well I discovered it at my usual early hour on a cloudy Saturday and this series is about that.
My main disappointment with this shot was the massive flare from the lights. Not unexpected due to using a 10mm lens with that large and bright of light sources, but disappointing nonetheless. I may use my 17-70 in a vertical position the next time and stitch a few shots together, it has a much better flare characteristic. 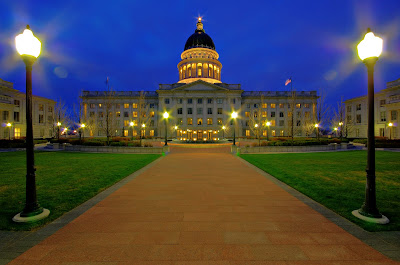 This the first of two quick and dirty treatments of these shots, you see a slight haloing of the building, that is due to my quick layer cutting rather than the processing. If I thought that this had promise as a saleable shot I would definitely go back and do a much tighter mask. 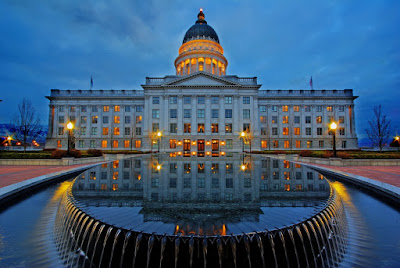 Despite being a little wild and crazy (OK a LOT wild and crazy!) I like this version much better. There is just a certain drama to it. I wonder if the Capitol Police would get after me if I waded into the fountain to get closer? Hmmmm...... 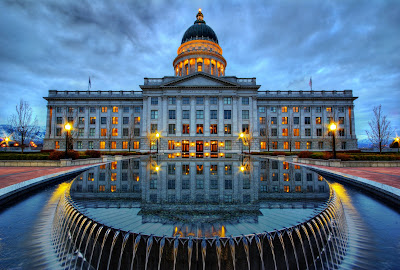 This lovely piece is a 180 degree panorama shot with my Sigma 10-20, it is 5 HDR shots stitched together (15 exposures total) This I am tempted to try to sell, though I may repeat the shot with a better sky and try that. I dunno....