I have wanted to get up to Salt Lake City and take some photo's of our State Capital for awhile. Well I had a day that was slow at work and I ran away to play. I didn't even think that it would be so empty until I got there, though I hoped to beat the crowds byt getting there fairly early. Utah recently went to a 4 day/40 hour work week with Friday as the day off, which meant that I pretty much had the place to myself. Except for the busload of German Tourists. It is an eerie feeling to be in a place that is usually fairly loud and bustling and have it be empty and quiet except for your footsteps that echo. Kinda fun though.

Here is one of the lions that "guard" the East entrance. In times past I have climbed on them while on dates and being a little crazy. Ah... the good old days. With the recent renovation, these boys are looking good. OH! Did I not mention that? In the last few years they did a full remodel/seismic upgrade and it looks really really good. As I hope to show you in my next few shots... It is worth a try right? 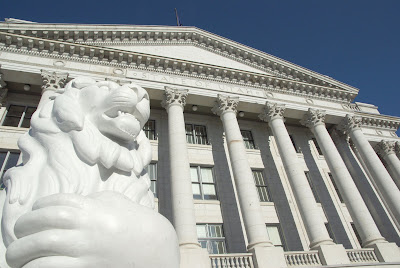 As you would expect with a building like this, the rotunda/dome is the focal point, it is beautifully painted and a treat to see. 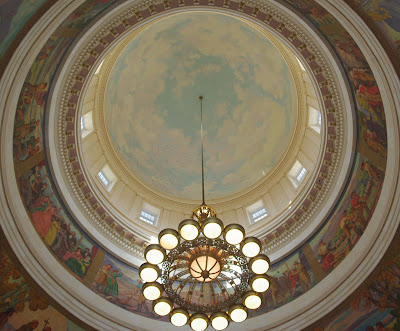 There are 4 arches around the outside of the rotunda I'm not sure why but I really loved the way they look, even though I am more of an Gothic than Roman Arch kind of guy. 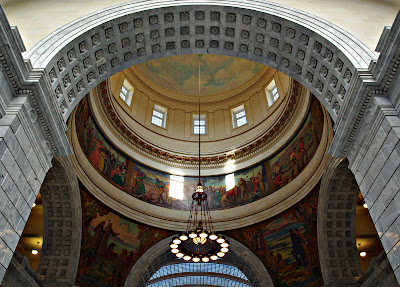 Looking back to the East stair to the gallery. I would love to use this as the backdrop to a fancy couple in full evening wear. Probably a cliche, bet it has been done to death before. 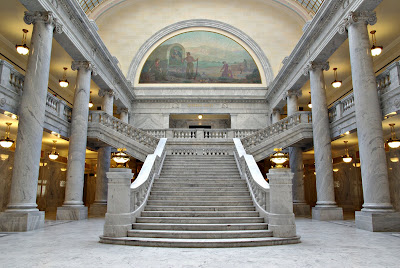 I spent 15-20 minutes waiting for this guy to leave, but he was wandering around measuring the floor to put something square in the middle. Finally I came to my senses and thought that this would make a great picture. Static huge building with just a tiny sign of life. 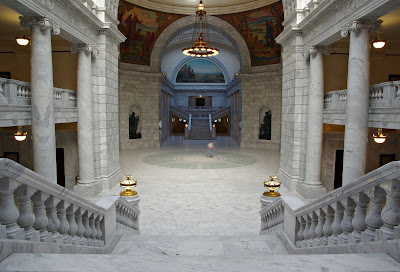 Walking the gallery I thought this was an interesting view. 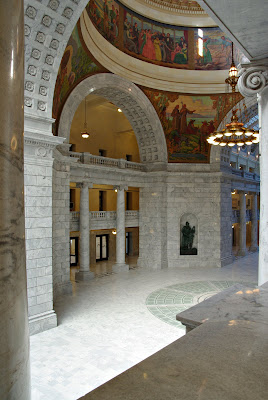 Back outside for some exterior shots. This is the south face (Facade?) of the Capital Building. 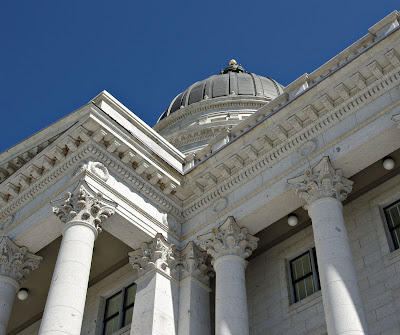 I have always like that Utah's building does look a LOT like the U.S. Capital in Washington D.C. 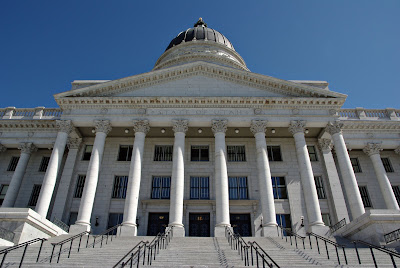 Just liked the framing, nothing special.

I am not a naturally reflective kind of person, no introspection gene I guess... ;-) But I do like reflections in water and other objects. I was up rather early last thursday, I normally commute on a mountain bike and need to be up before dawn. Well I needed to drive due to an after work commitment and was planning to sleep in. Well, my body woke me up anyway so I decided to grab my camera and hit the lake on my way. These shots and my subsequent Daisy post are the results of my early morning endeavors.

This is just about as still as I ever see this lake, the wind blows nearly constantly on the west side of the Salt Lake Valley 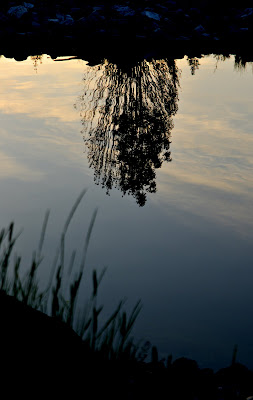 This is actually the bottom 1/2 of another shot, cropped and roatated 180 degrees.

This is from a slightly different vantage fromt the shot above, I also processed it a bit differently, tell me if you like it. 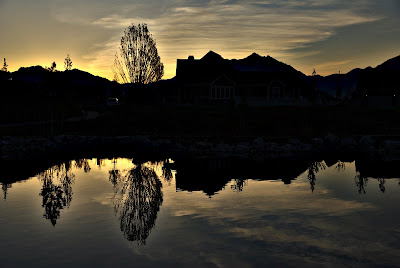 Daisies at the lake, simple yet beautiful in their simplicity. This lake by my house has these daisies every year in the spring then sunflowers in the summer. One of the first shots I took after getting my camera last year was of some daisies at this lake. So I came back for more.

The water droplet on this one just caught my eye, fortunately the Sigma 17-70 was able to catch it too, man when that thing gets the focus on, it is sharp. Guess using a tripod for macro work would help I guess. I really got into the color of the light, the daisies are white but the light was a perfect golden color. 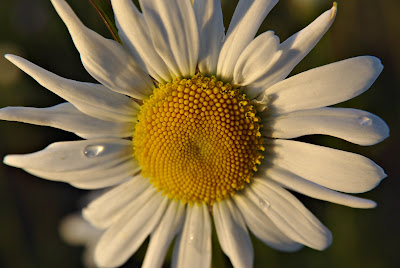 If you click on this one you get a near 100% crop of the water droplet, I really REALLY need to move a 1:1 macro lens up the list. 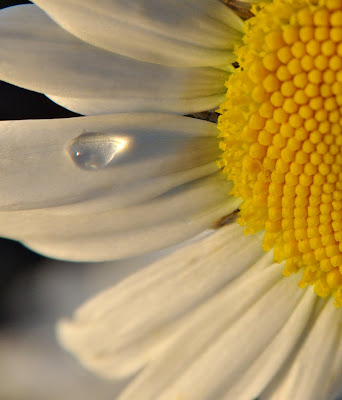 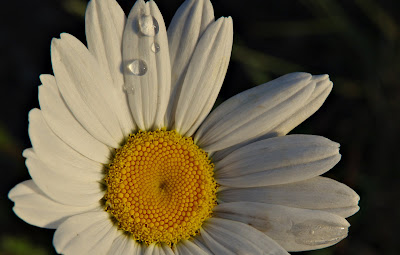 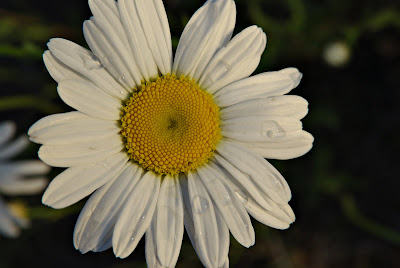 As you can see the play of light on the drops of water on the flowers was a large part of what I was trying to capture.
Here are some less close up shots that show the area a little better. 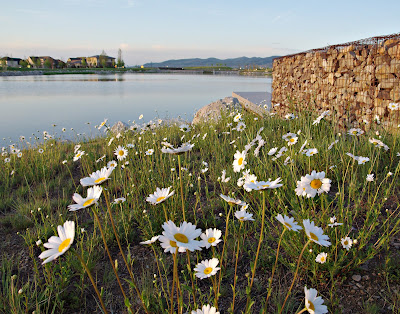 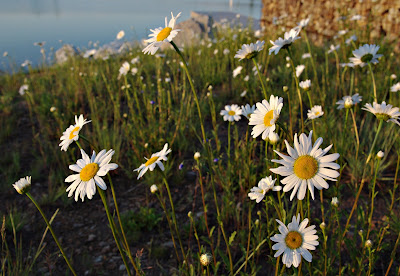 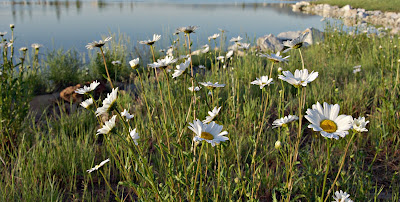