Watch this Video, this dude ruined a LOT of expensive equipment for certain!

It has been years since I shot fireworks, this is an OK attempt, the hardest thing I found was pulling a decent focus, I ended up focusing on a burst then flipping the switch to manual focus.
In case you are wondering what my setup was, it looked like this: Pentax K200d with Sigma 17-70 f2.8-4.5 mounted on my Induro Tripod with Vanguard SBH 300 Ball head, and a wired shutter release with lock. I aimed the camera at the approximate area of where the fireworks were expected to be, set the camera at f8 and focused at infinity (Refocused when the first few were not super sharp) & re-aimed once they started and simply held the shutter down while the fireworks that I wanted to capture went off and released the shutter when they were done.
I did have to do some cleanup in photoshop, there were some parking lot lamp poles in the frame and the smoke from previous shots that reflected the light from the shot going off. But nothing to alter the fireworks themselves.
Hope to find a way to get some foreground that is photogenic one day. 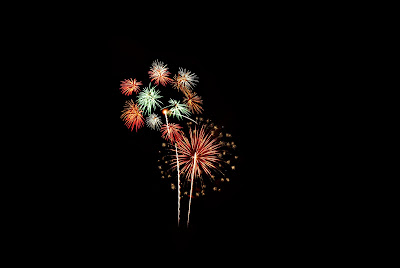 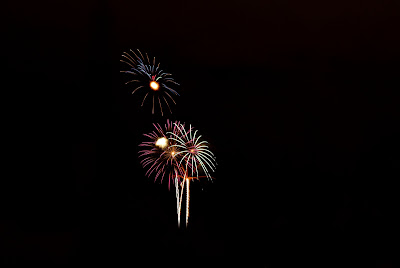 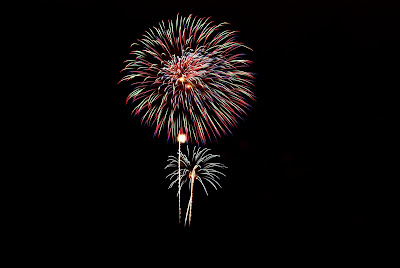 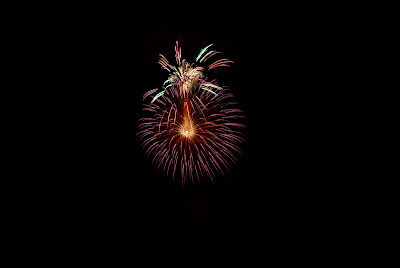 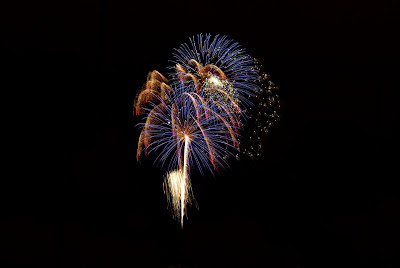 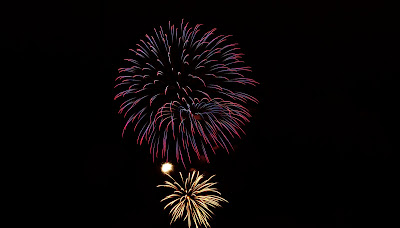 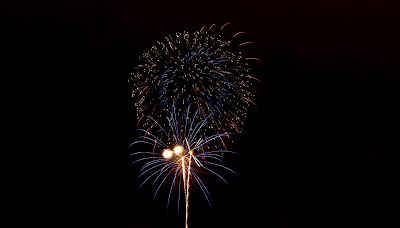