Some First Shots with the 8mm Fisheye

I am very interested and excited to learn this new lens. The perspective is simply out of this world, and it is able to pull in very small and cramped spaces and "Get it in". Corner to corner it gives you 180 degrees. So far I find it's sharpness to be superb and color rendition indoors to be neutral and accurate. It is all I could ask for especially at the price.
So.... I got off early last Friday (The value of being efficient!) and ran away to the State Capitol. A building that I love, but struggle to capture due to the sheer immensity of the building. I have a penchant for domes and lying on the floor to take pictures of them. This one involved lowering my tripod a bit and lying on the floor. I really like the perspective (Distort & Conquer is my motto!) and the colors turned out pretty good. Sometimes indoor HDR's tend to get a little weird color wise but I am getting better at controlling them. 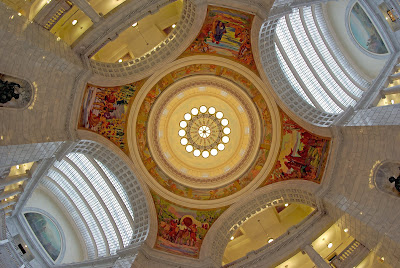 This is a non HDR and non turned funny shot for comparison. Did I mention that I really like the perspective that is afforded by this lens? 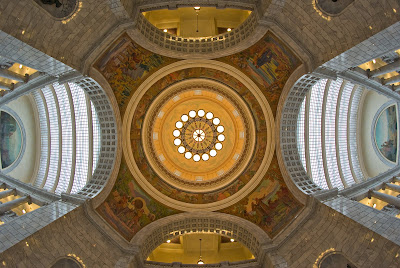 There was a bride getting some shots taken so I tried to stay out of their way. Personally I would have been using a little fill flash in this lighting setting, but that is just me.... 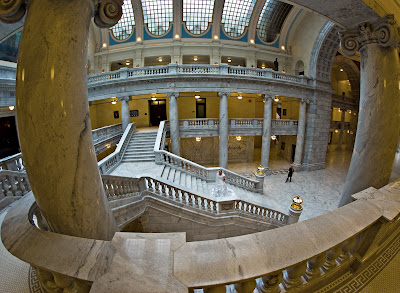 The House of Representatives Chamber was open, and I took a few shots. I did a 5 shot pano but I am having trouble getting my programs to play nice with them... I think the distortion is getting me in trouble. Will keep working on that! What I had was really quite wide enough though for one shot. Again an HDR. 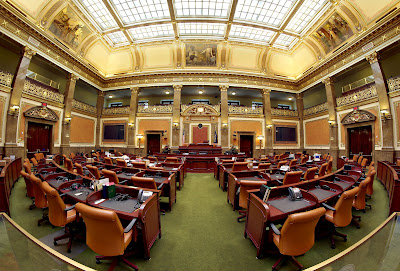 The Rotunda/Dome again but from up on the balcony. Considered a pano again here, but liked this perspective. 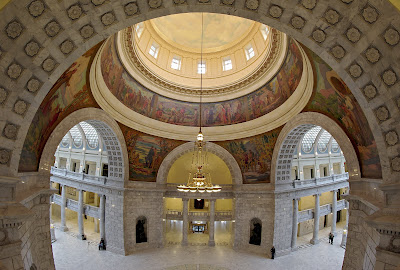 Playing with funky compositions, really needed to extend the tripod a bit and get really close to the light though I think. 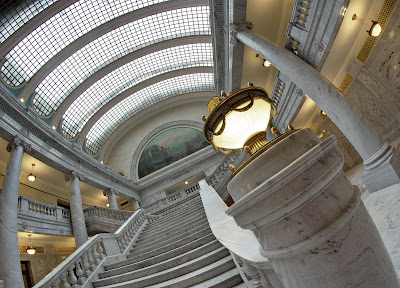 Non Fisheye shot of the bride taken with my Pentax 55-300, just because I liked the interplay of the bride with the photographer. 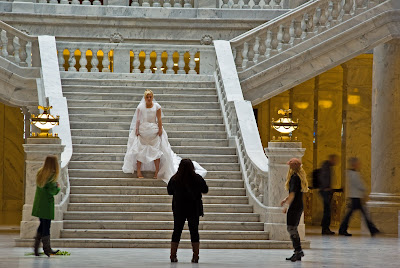 Hope you enjoyed, I will be putting more shots up as I get the chance to use it, after a while the shine will wear off and I will use it when appropriate but not all the time! ;-)
Posted by Lloyd at 10:23 PM 3 comments:

I have been lusting after two things lens wise in the recent past: A fisheye lens, and a Macro Lens. (We won't talk about camera bodies right now, the new Pentax K-5 is stellar and completely out of my price range especially with a camera that is perfectly functional.) Well thanks to an extra shift and an understanding wife I now have that fisheye. This is a fairly well regarded lens, and is MUCH cheaper than any other option I have available.
Here are a few shots of the unboxing. 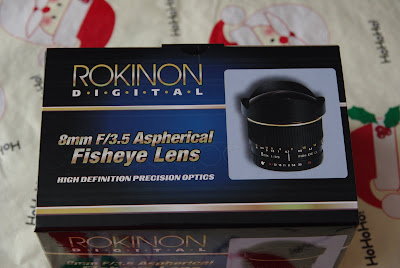 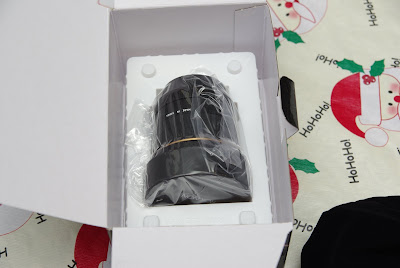 It is a reasonably sized lens considering that it has a 180 degree field of view diagonally from corner to corner. 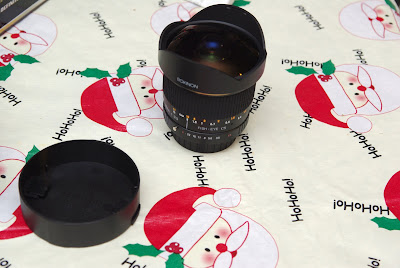 Here it is next to my Sigma 10-20 EX DC f4-5.6 which is a pretty good size chunk of glass in it's own right. This lens is reasonably enough sized that I would be willing to hike with it. Just imagine the breathtaking shots I can take looking over the edge of a steep cliff! 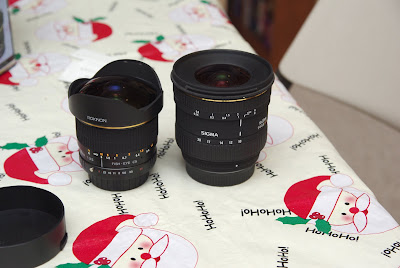 First shot, bounced my flash off the ceiling. Problem... flash is going to be tricky. I like to bounce off things, but this lens includes too many things IN THE FRAME which will make it just a little more complicated! 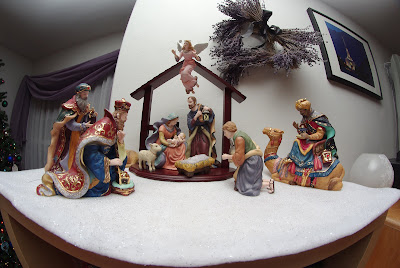 HDR from tonight... MAN this thing covers a lot of image. 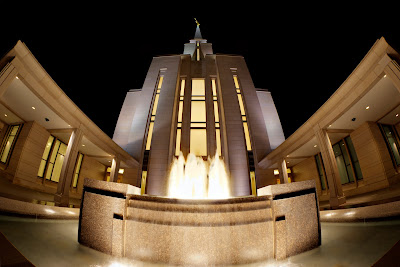 This is with One pass of correction of 100 in Photoshop, not nearly enough. 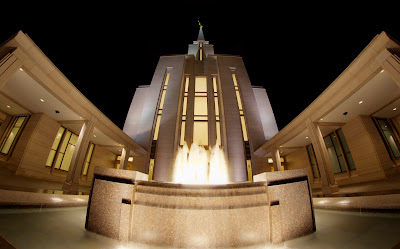 This is with a second pass of 100 of correction, still not quite there, though the wings on the sides are near straight, the fountain edge is still pretty curved. 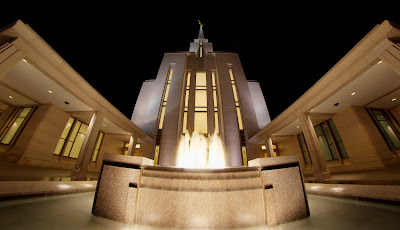 This lens is going to take some learning, but I think it will be about right for my uses and is GREAT for the price!
Posted by Lloyd at 8:37 PM 2 comments:

Like I have said before... a sucker for sunrises!
Sigma 17-70 just down the street from my house. 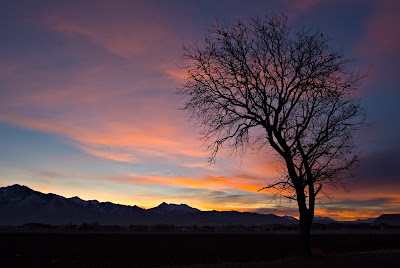 I did a whole new version, different HDR settings, Exposure change, Perspective correction. Better? Worse? I kinda like it! 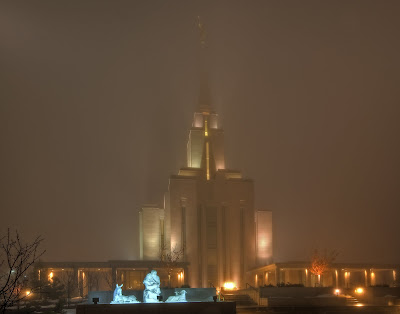 It was a dark and Foggy night!

I received a call from a good friend of mine telling me to hustle up to the temple, it looked really cool in the fog. Haden't realized it was as foggy outside as it was. After I finished my responsibilities I ran up and got off a few quick shots. As is my usual wont when photographing the temple I bracketed and processed the shots in Photomatix Pro HDR program.
Not sure how happy I am with them, not going to get me into National Geographic or anything, but they are sorta cool. 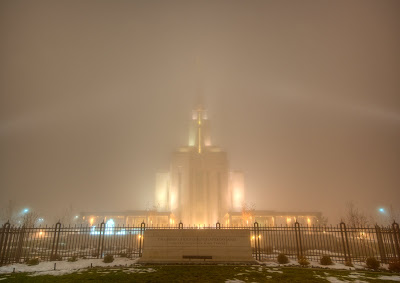 This is slightly different in settings and tone, maybe better maybe worse. 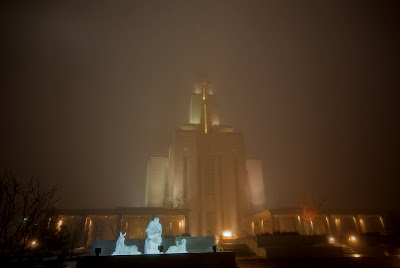 Either way I enjoyed my foray into the fog.
Posted by Lloyd at 12:01 AM No comments: