Taking pictures during or shortly after snowfall can be very, very, very cold. Also VERY rewarding. I have had a LOT of positive comments on these shots especially #3 & #4.

The difficulty lies, as most photographic problems do, with exposure. I tend to solve this with HDR, which also brings a whole host of other issues, not the least of which is getting the correct white balance. The other is reflecting light off crystals still in the sky. I like a nice dark sky, but you don't get that in this type of situation...

This shot made me crazy because there was a UPS truck parked, lights flashing FOREVER, had to go back the next morning (see that shot later) and re-shoot. 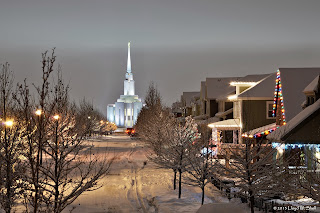 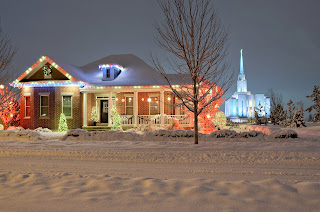 This took some pretty "Out There" settings in Photomatix, but it looks good on screen and even better on paper! 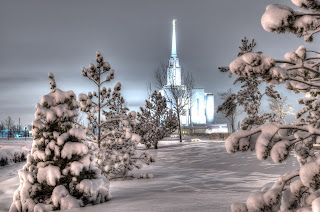 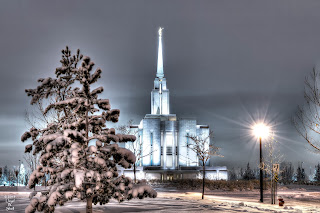 I consider this in need of Re-Do, but lack the time to really get after it, And I'm not sure if it is worth it. Especially in light of the next photo that I did the next morning. Still may try it and see what I can do... in my copious spare time! 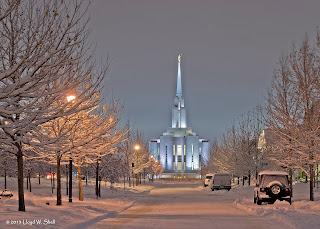 This was a bugger but I like it. I had to do two different versions of this in Photomatix, with two different white balance settings then blend them together. Big pain in the butt. But it worked beautifully! 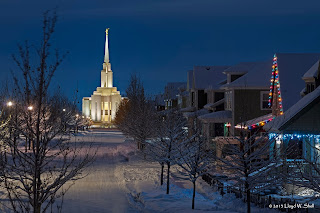