Self Portraits... A staple of bored photographers!

Cold winter days and the need to rest make for a photographer that shoots fewer images. I'm OK with that though as it gives me time to rejuvenate, and time off the computer to play with other things, like flashes for instance. I have some stands and umbrellas but seldom make use of them, maybe I should use them more? I am hoping to take photos of my camera shy daughters for their birthday, so I set up my equipment and decided I needed to test it to get the exposure right.

I used an old 50mm manual focus lens and a simple two light set-up. One light high and to the subjects right (1/2 power), and another a little lower and on the subjects left (1/4 power). F4 and a shutter speed chosen at random to eliminate most of the ambient light from two CFL's in a fixture on the ceiling, and some light coming through a window to the subjects left.

The first photo is the same image as the second, just converted to B&W. I think I rather like the B&W more, which is why I went on to process the third one as well. I was mildly more heavy handed on the last frame's processing, I am not as enamored of the skin tones I produced, but... I think it is an acceptable shot.

So there you have it. This is what a photographer looks like on a Saturday morning with nothing better to do. 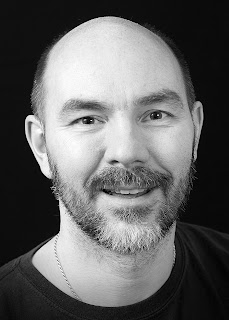 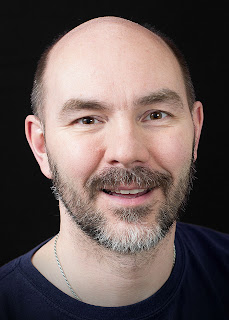 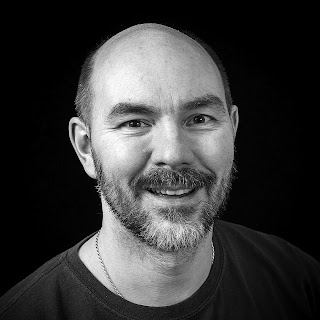