You give me a day with pretty clouds, I will want to take pictures of the Temple. 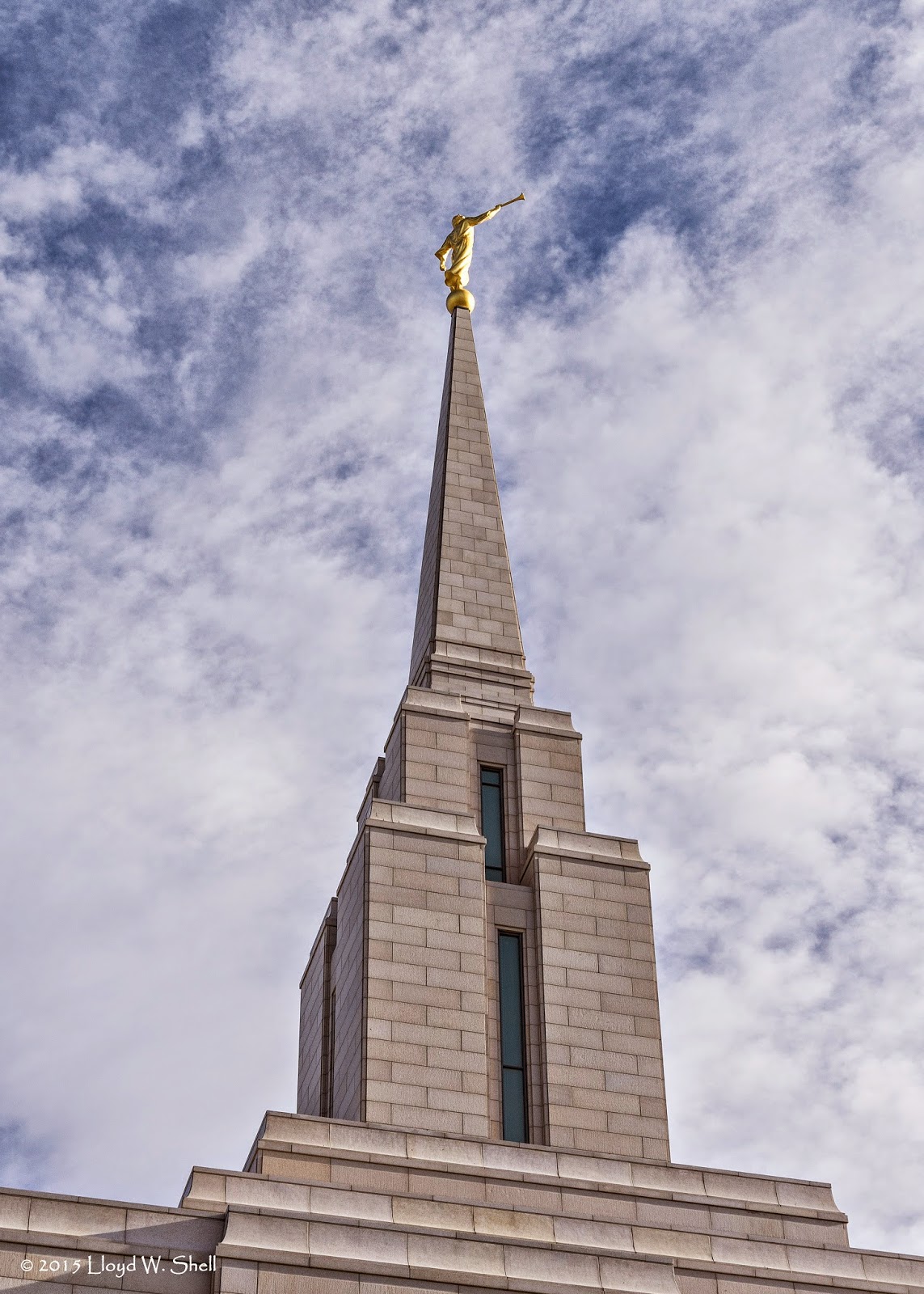 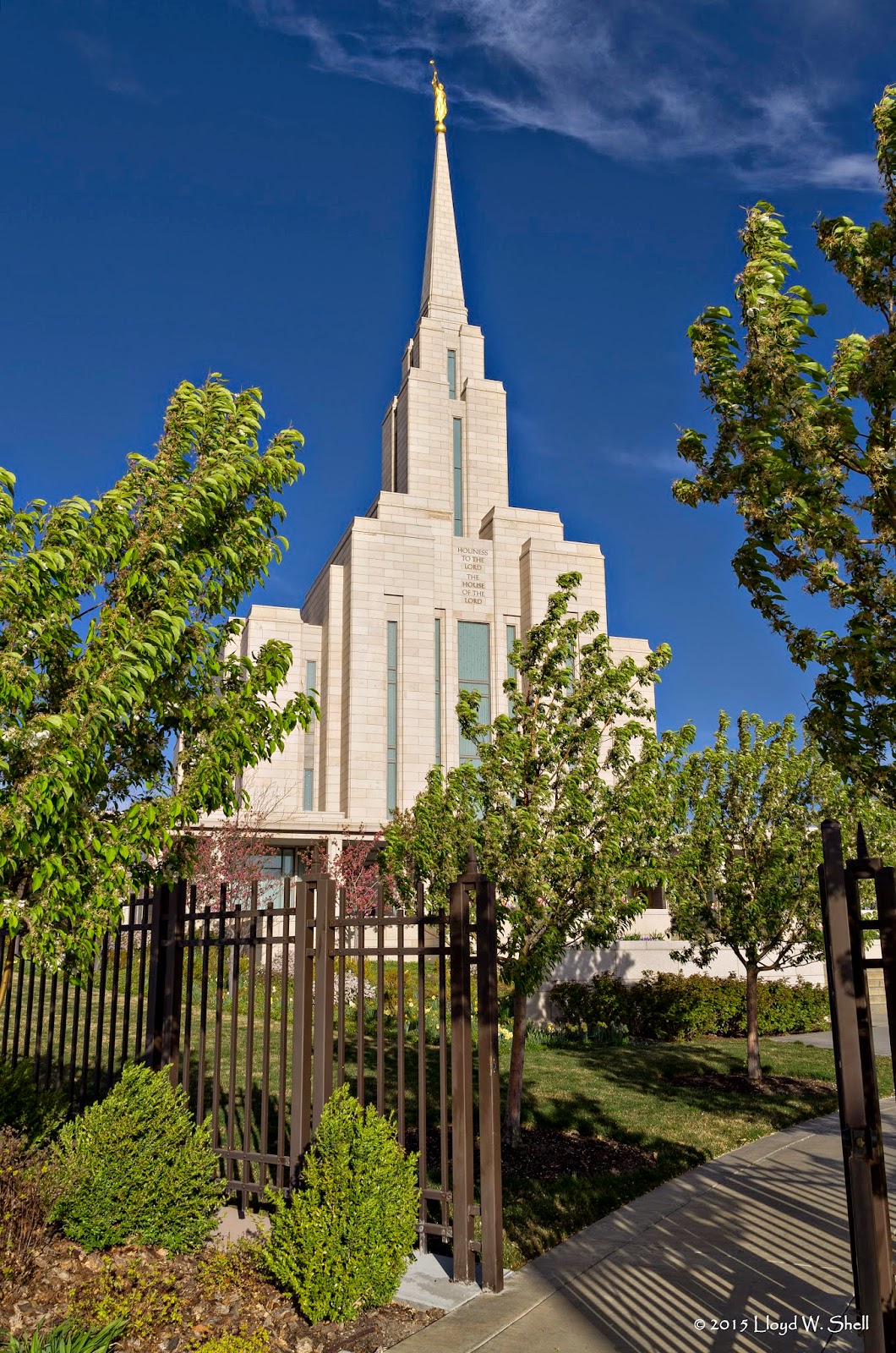 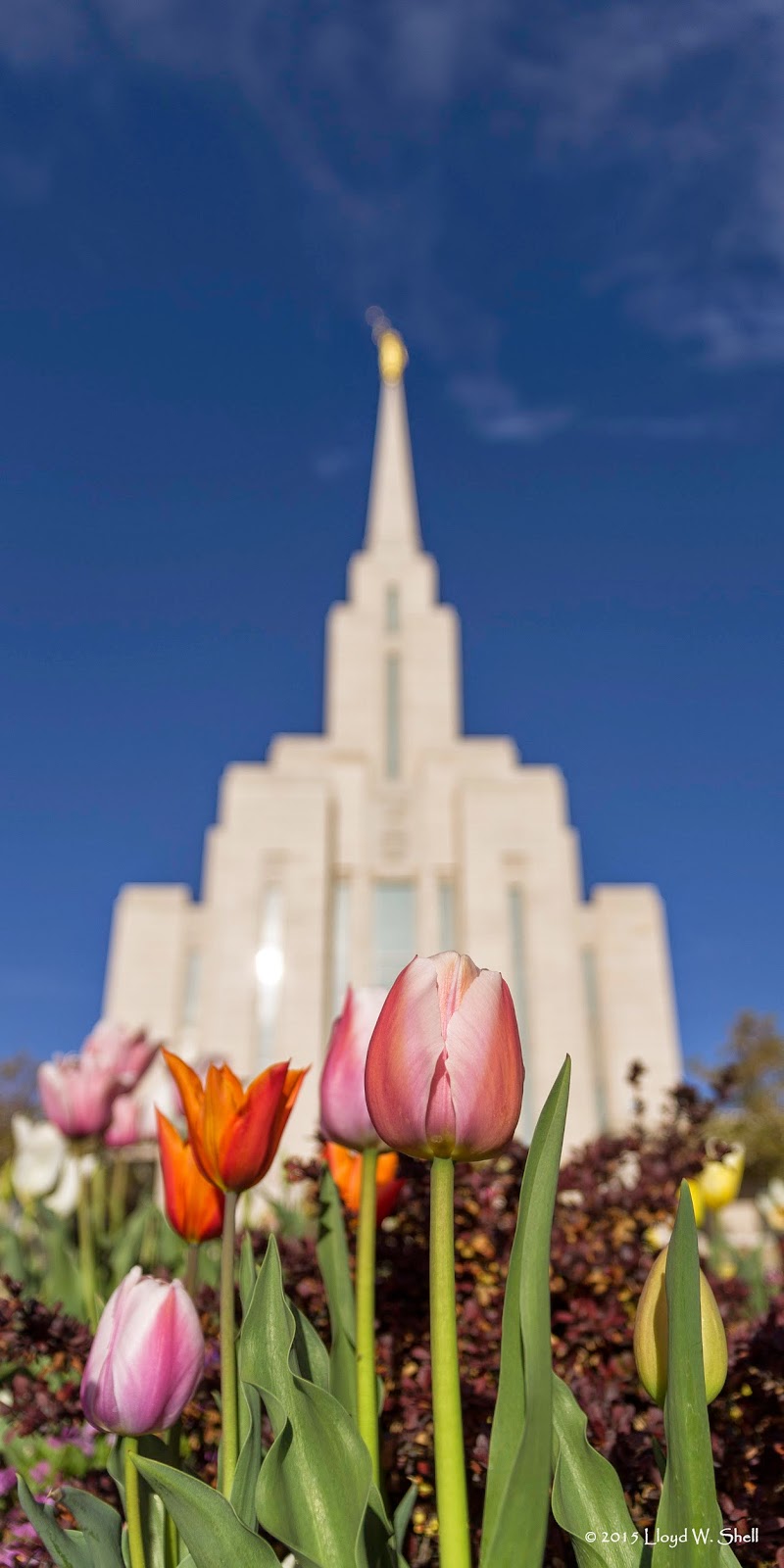 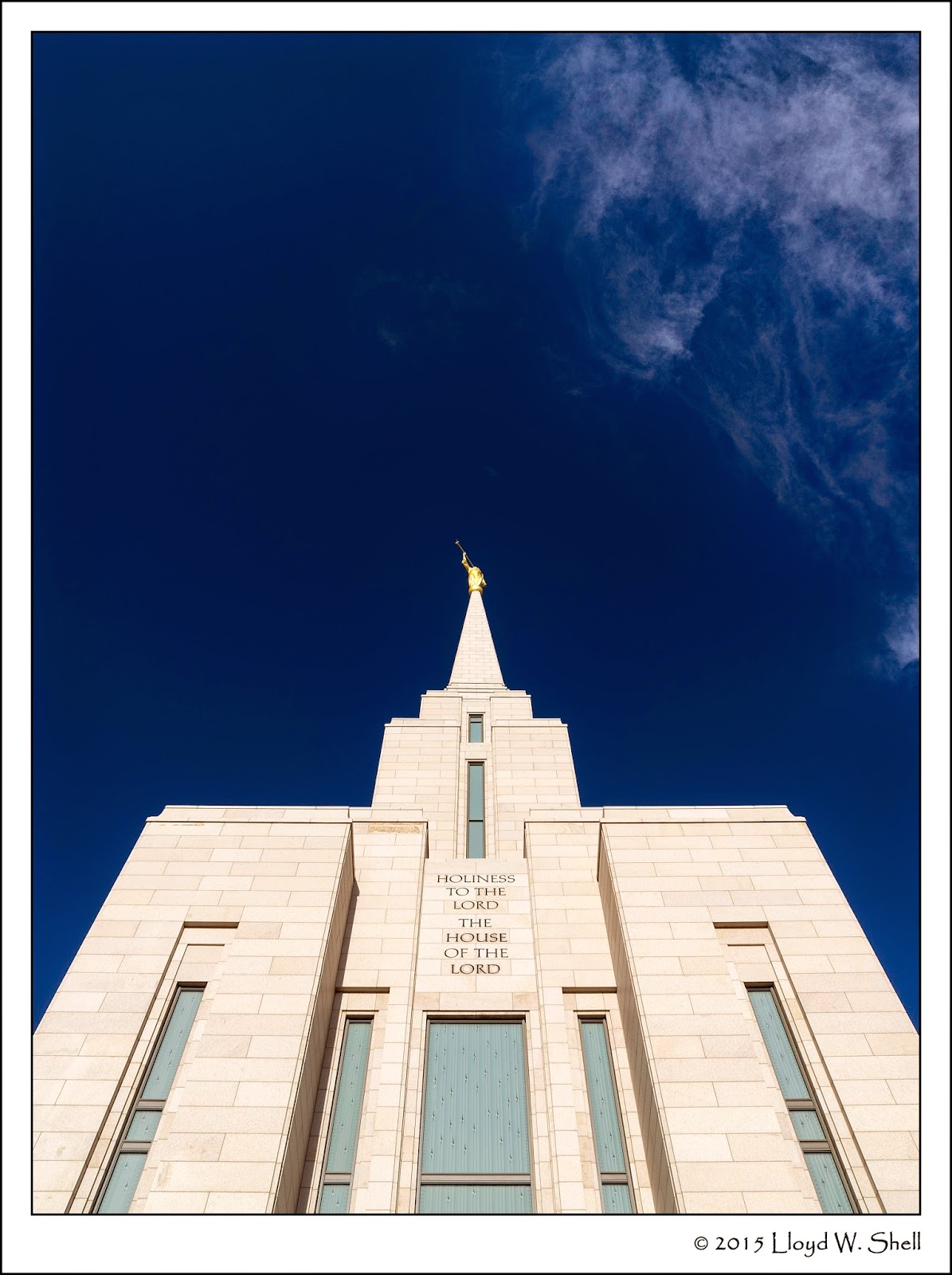 Ahhhh..... Now I feel better. Despite my earlier post on the obligatory nature of photographing flowers I really do enjoy them as subjects. They will sit there with a dumb look on their face until you are done. Don't have to ask them to smile or get their attention by jumping up and down. They were blowing around a little bit which made a bit of a challenge but I persevered and got a few I liked. I was on a photo expedition with one of my daughters, she was using my DA 35mm f2.4 and I wanted to match the focal length. Just had a thought... would she be "Some Gal With a Camera"? Hmmmmm.... will have to ask her

On a technical note, these were taken wide open at f3.5 using my K5 and a Pentax SMC 35mm f3.5, what I call my "Poor Man's Limited". Pentax makes a fabulous line of small (tiny really) lenses that they label as "Limited" they are pricey but worth it. Seeing as I cannot afford them, this old manual focus lens that is quite small works just fine in their place as far as I am concerned. I think the bokeh is even pretty nice for a lens that is only f3.5 at it's widest end. 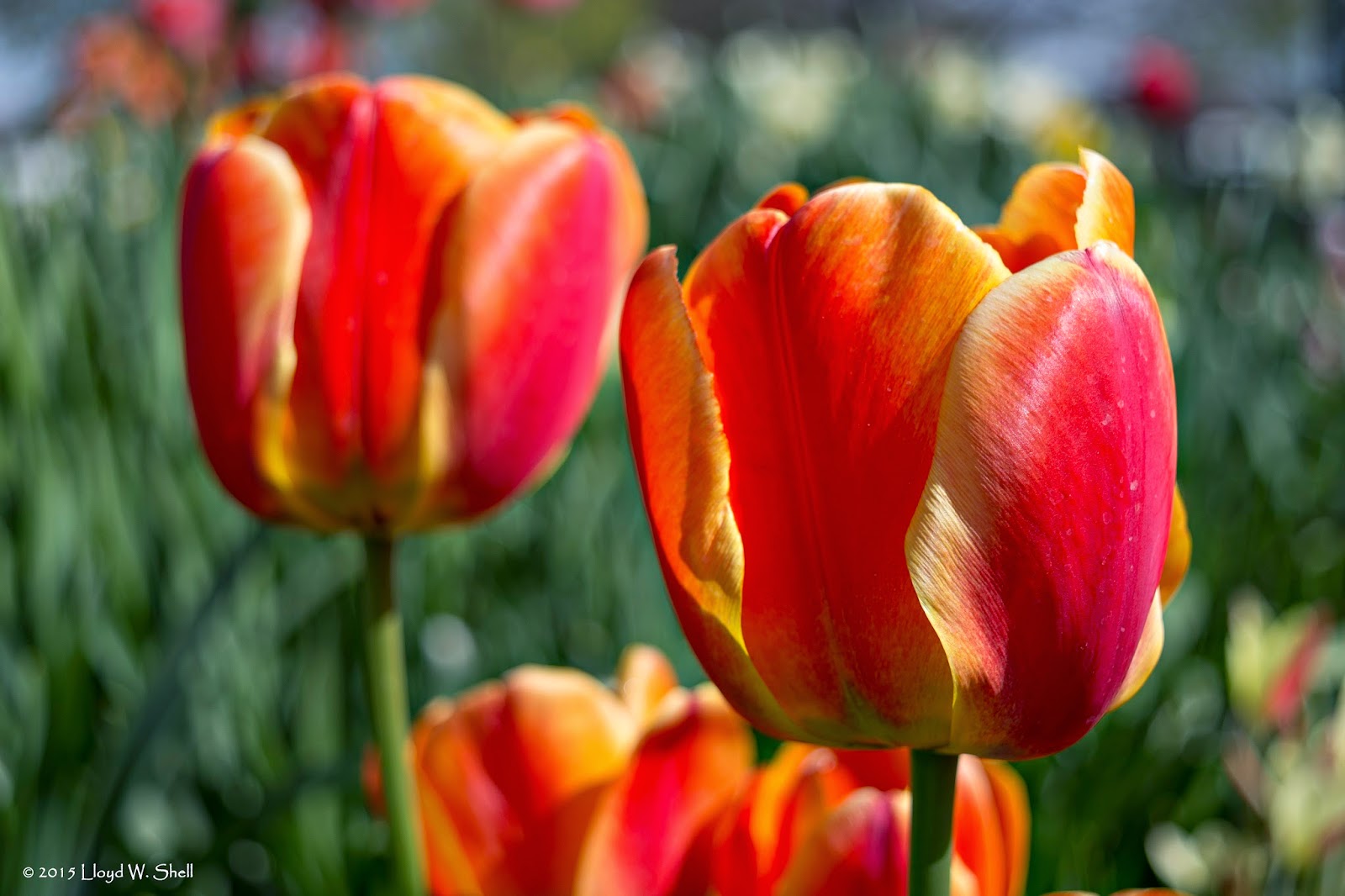 This is the spire of the Jordan River Temple, these flowers were on the grounds of the temple and I could not go there without taking at least a couple shots of the temple too. This was taken at f11 or 16 trying to get ultimate depth of field. 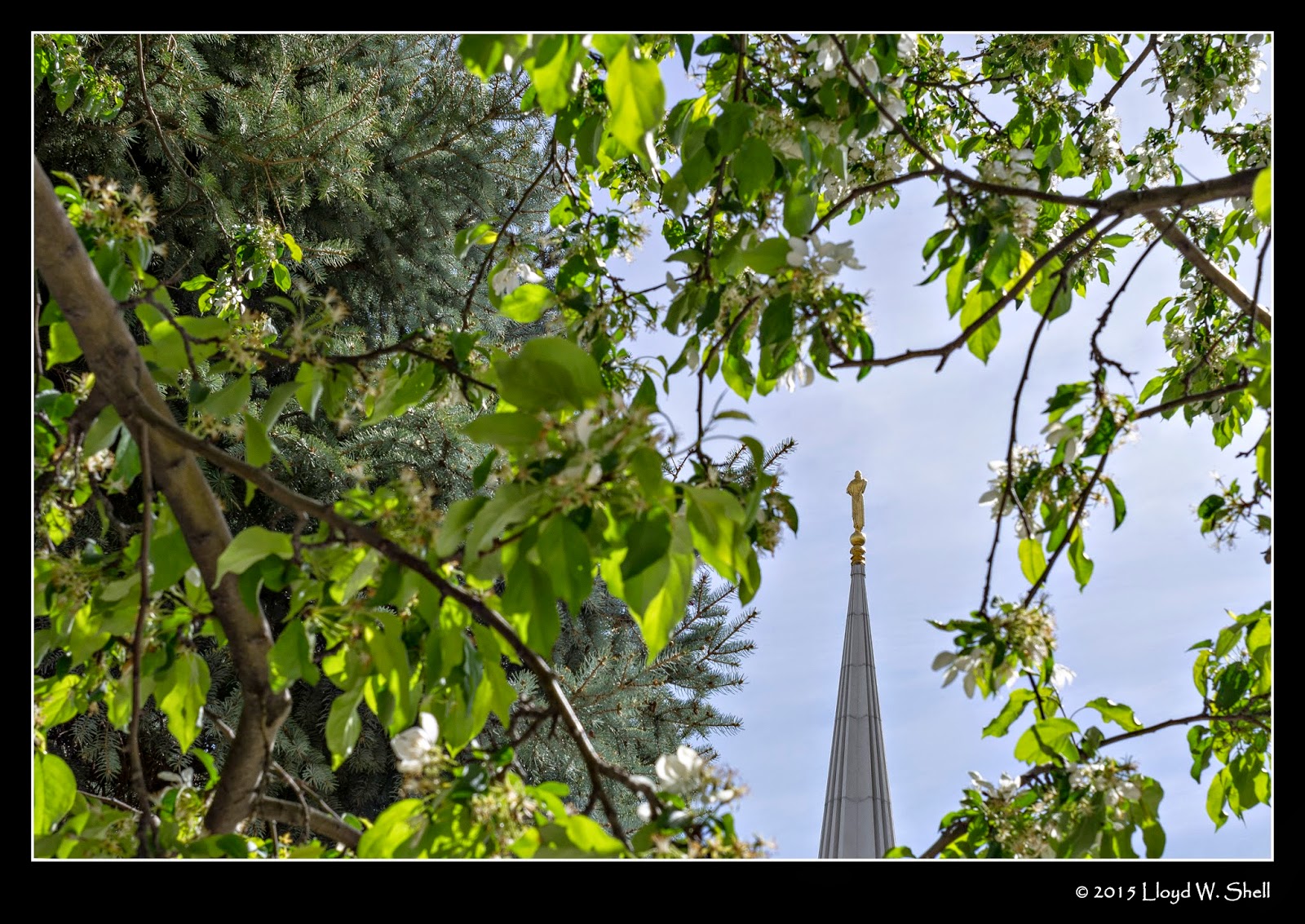 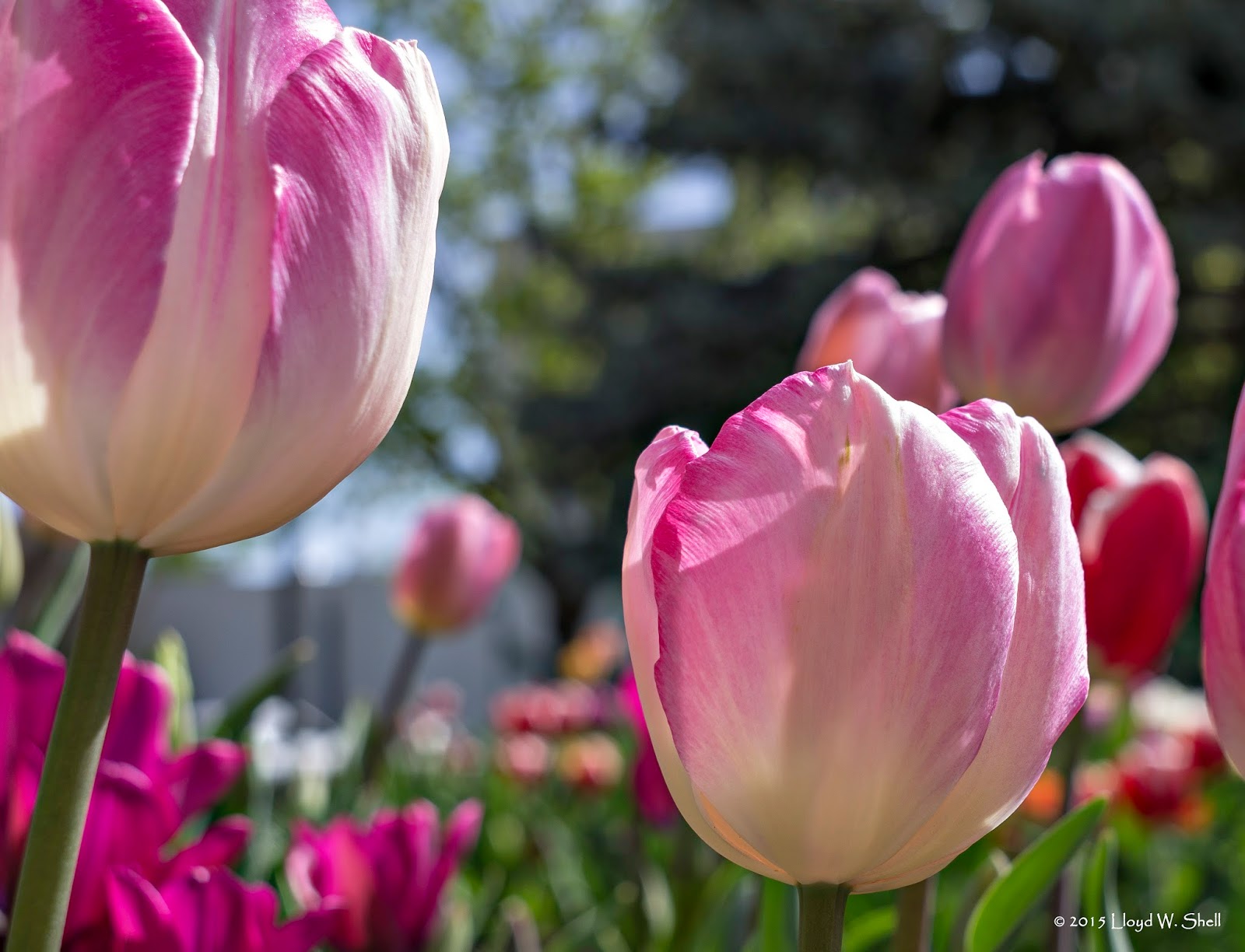 These last few shots were taken because I liked what the background looked like as much as the in focus stuff. By the way, the out of focus areas of a photo are the areas where a photographer is concerned with bokeh. Bokeh refers to the quality or pleasing character of said blur. It can be used effectively with "Fast" lenses, such as lenses that have a maximum aperture of f1.4 or even f1.2. Slower lenses can also have that ability to isolate a subject and blur the back and foreground but you typically have to resort to getting REALLY close to the subject.

In this shot I deliberately put the only in focus things on the very bottom and stopped down to f5.6... I think... allowing the color of the flowers to drift off into a pastel sea that has form but not sharpness. I really REALLY liked how it ended up looking, especially when you can see it on a full screen. 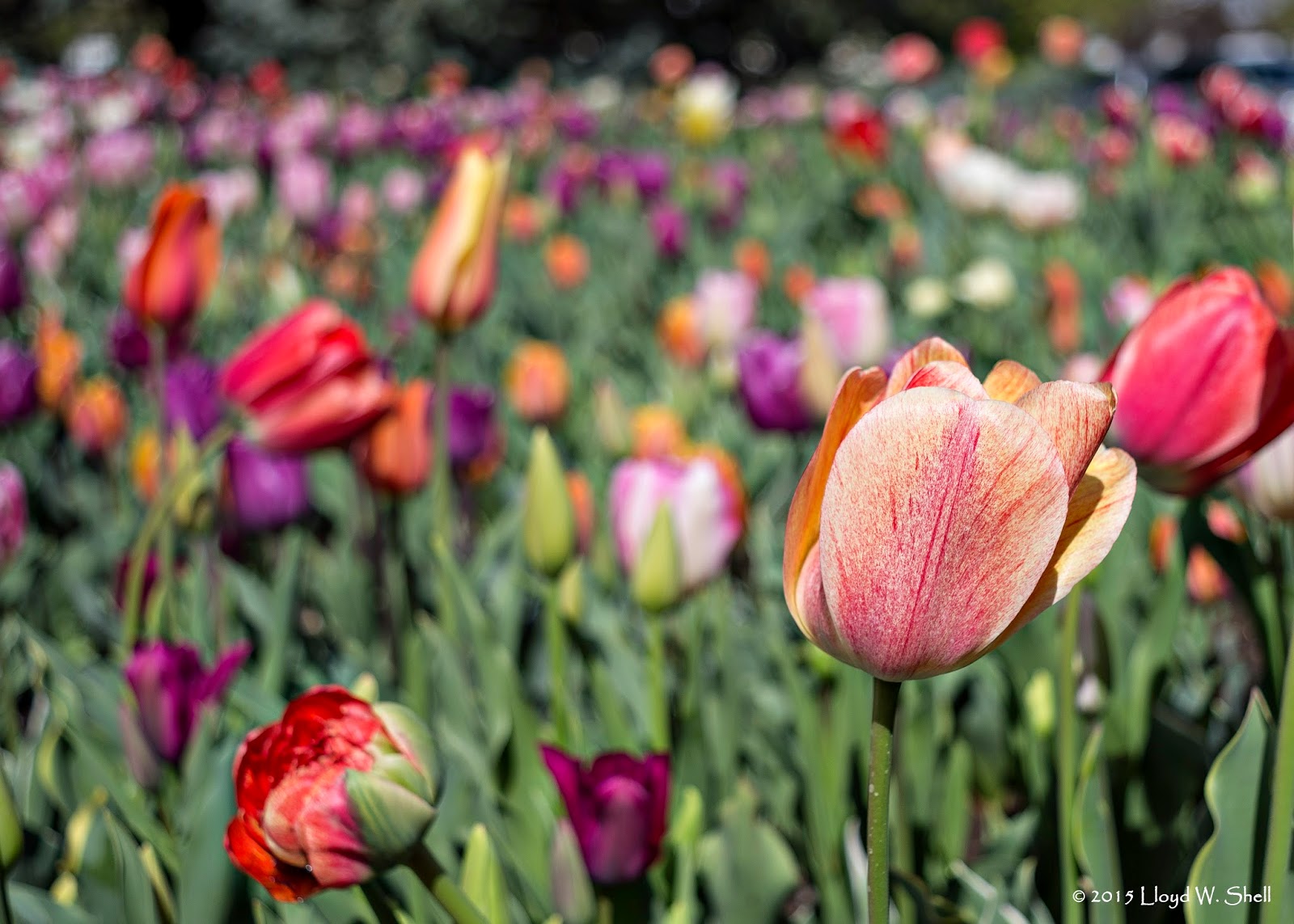 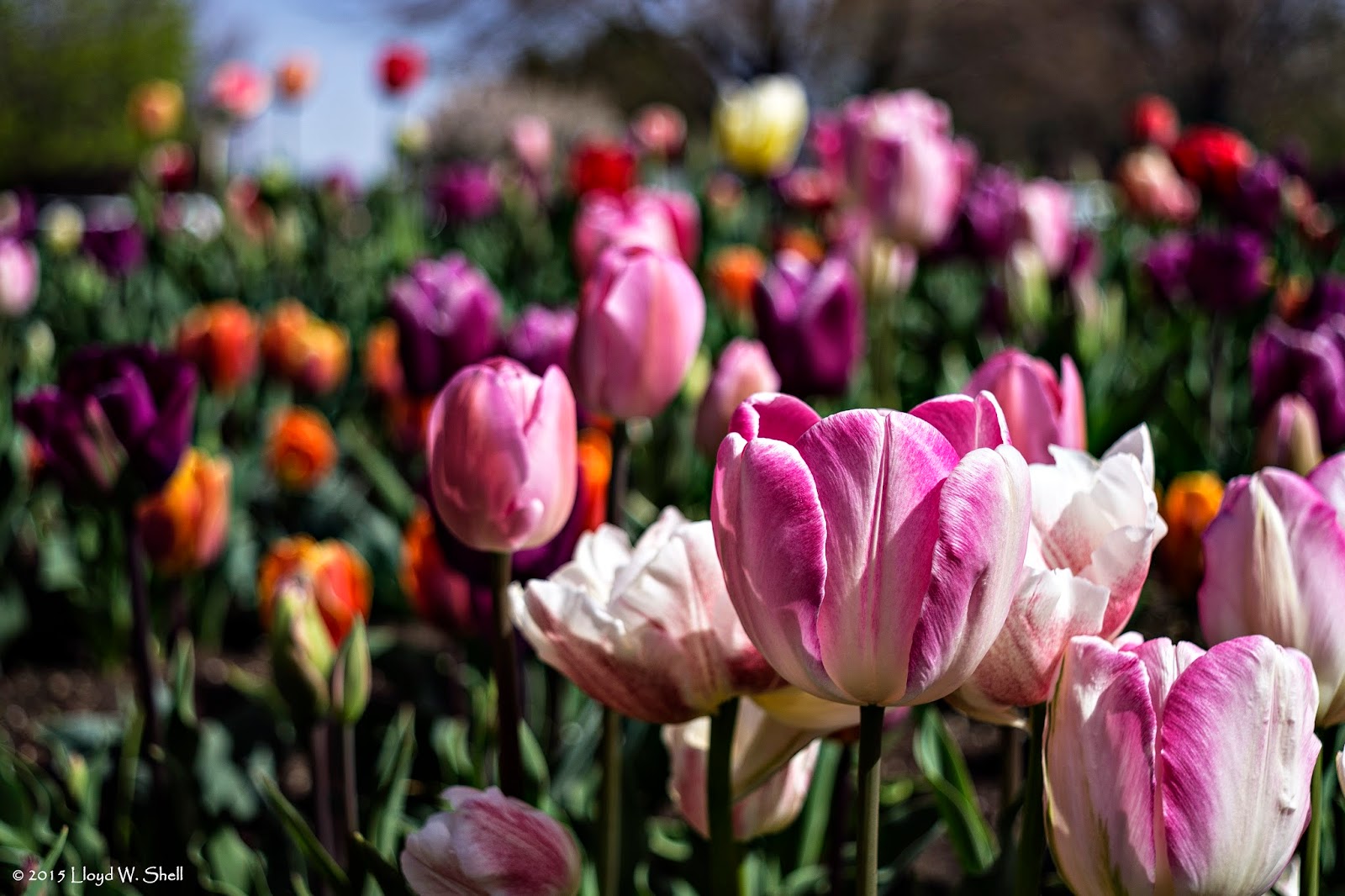 The backlit petals drew me in to these, I don't know that the composition is the best but it makes a pleasing wallpaper on my computer monitor. 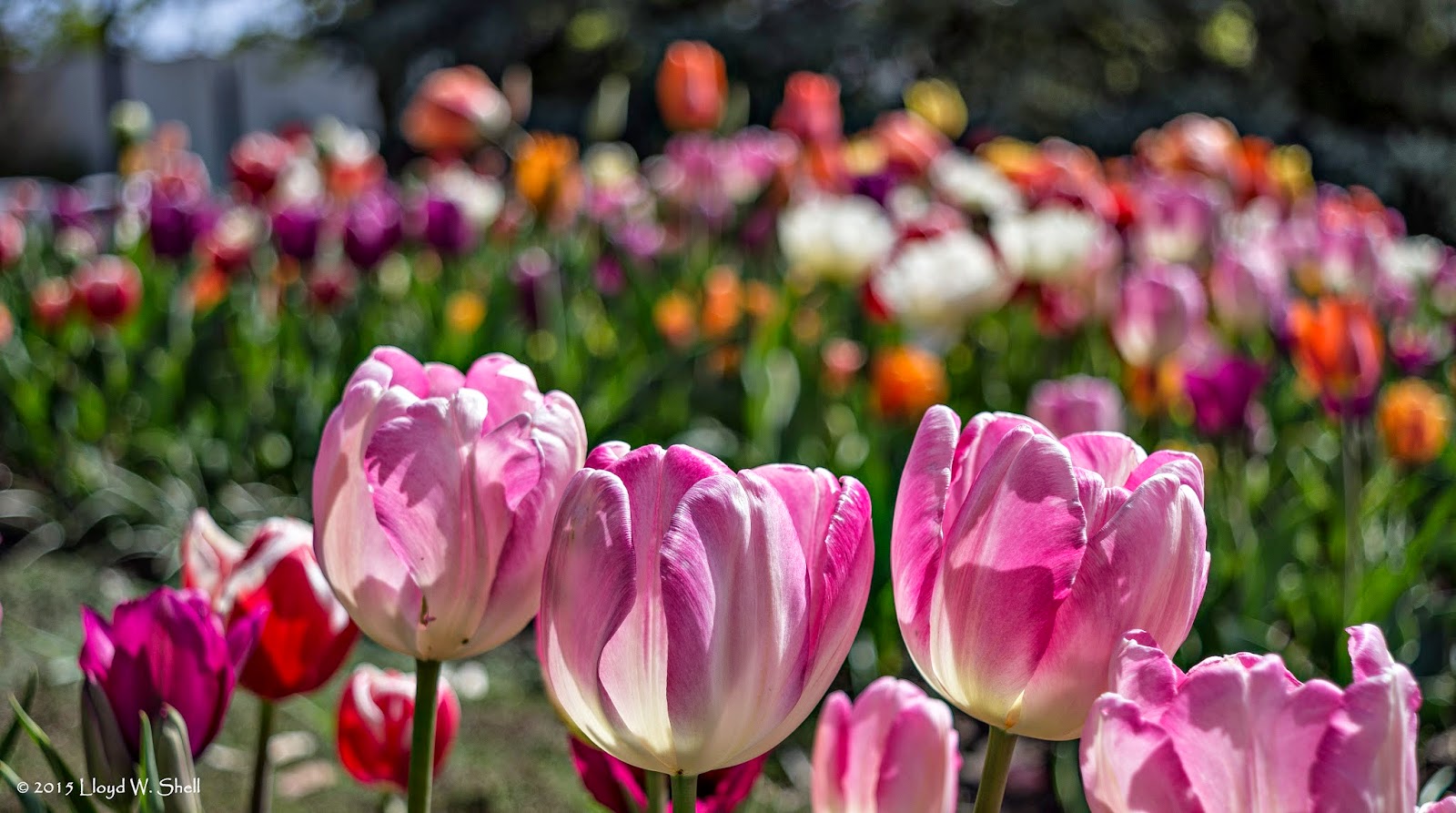 So... Easter came and went in Some Dude's house, where the annual staining of the counter, and walk around the lake events occurred. (Actually the granite is fine and the lake was actually perfectly pleasant, usually it rains like crazy on Easter weekend so I was totally fine with it.)

Shooting indoors without direct light I felt that my fastest lens, DA* 55mm f1.4, was the appropriate lens, shooting at f1.4-2.2 mostly I did alright shooting the egg dyeing. I really do love the bokeh and rendering at those large apertures, but the thin Depth of Field is hard to work with, the natural postural sway in your body can totally move your focus point completely off and tripods are a bit of a pain in the kitchen. Got a few shots though. 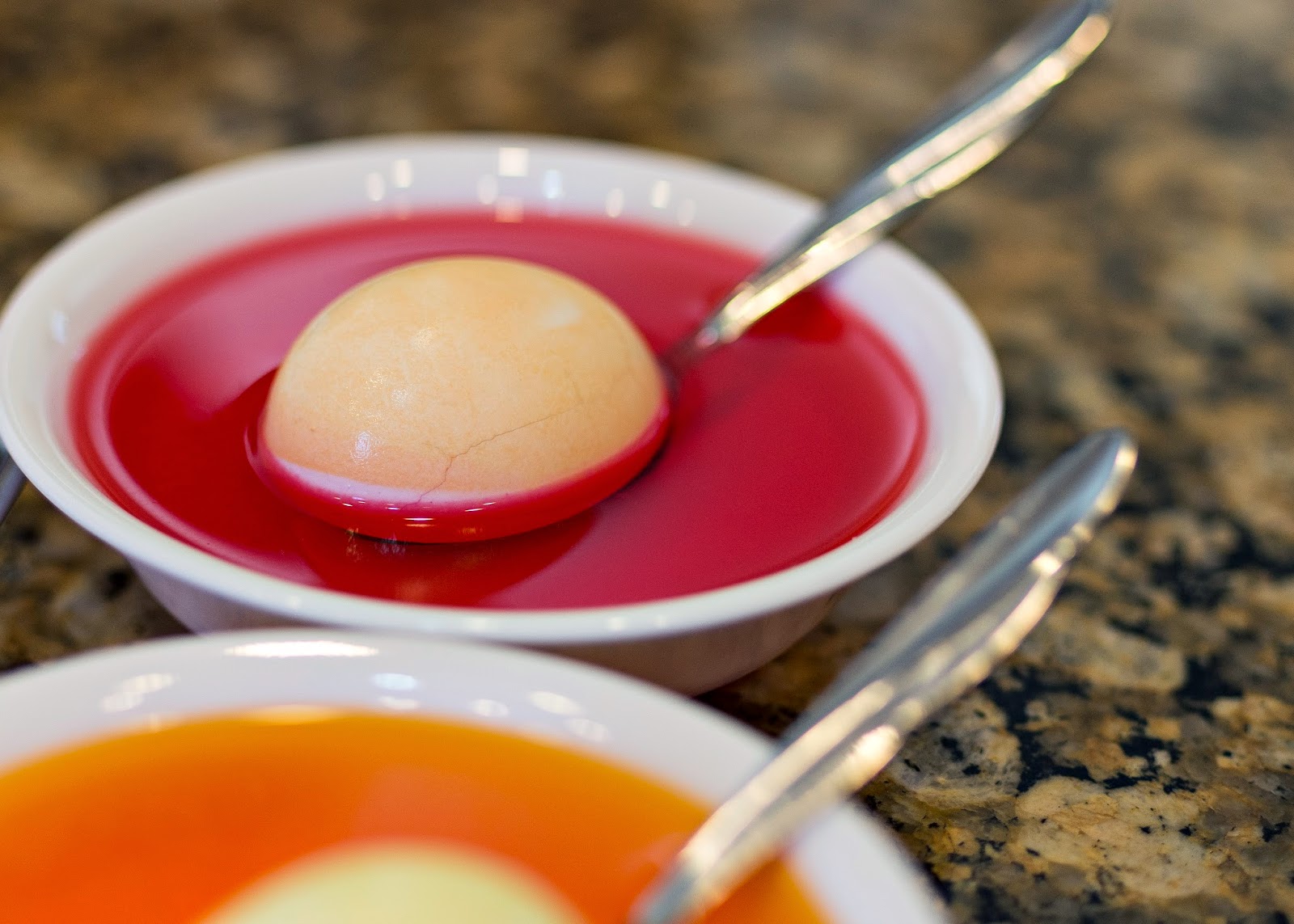 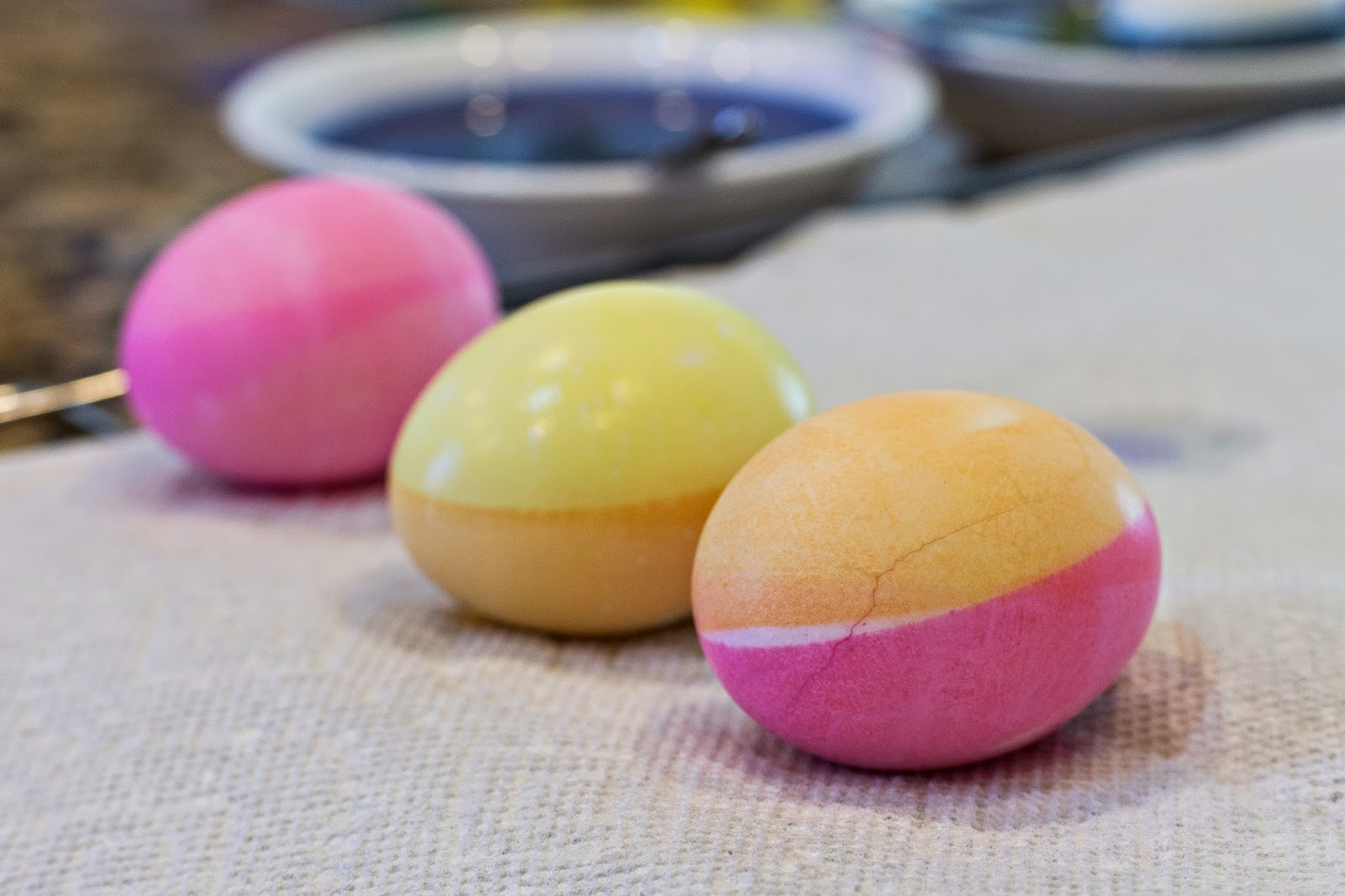 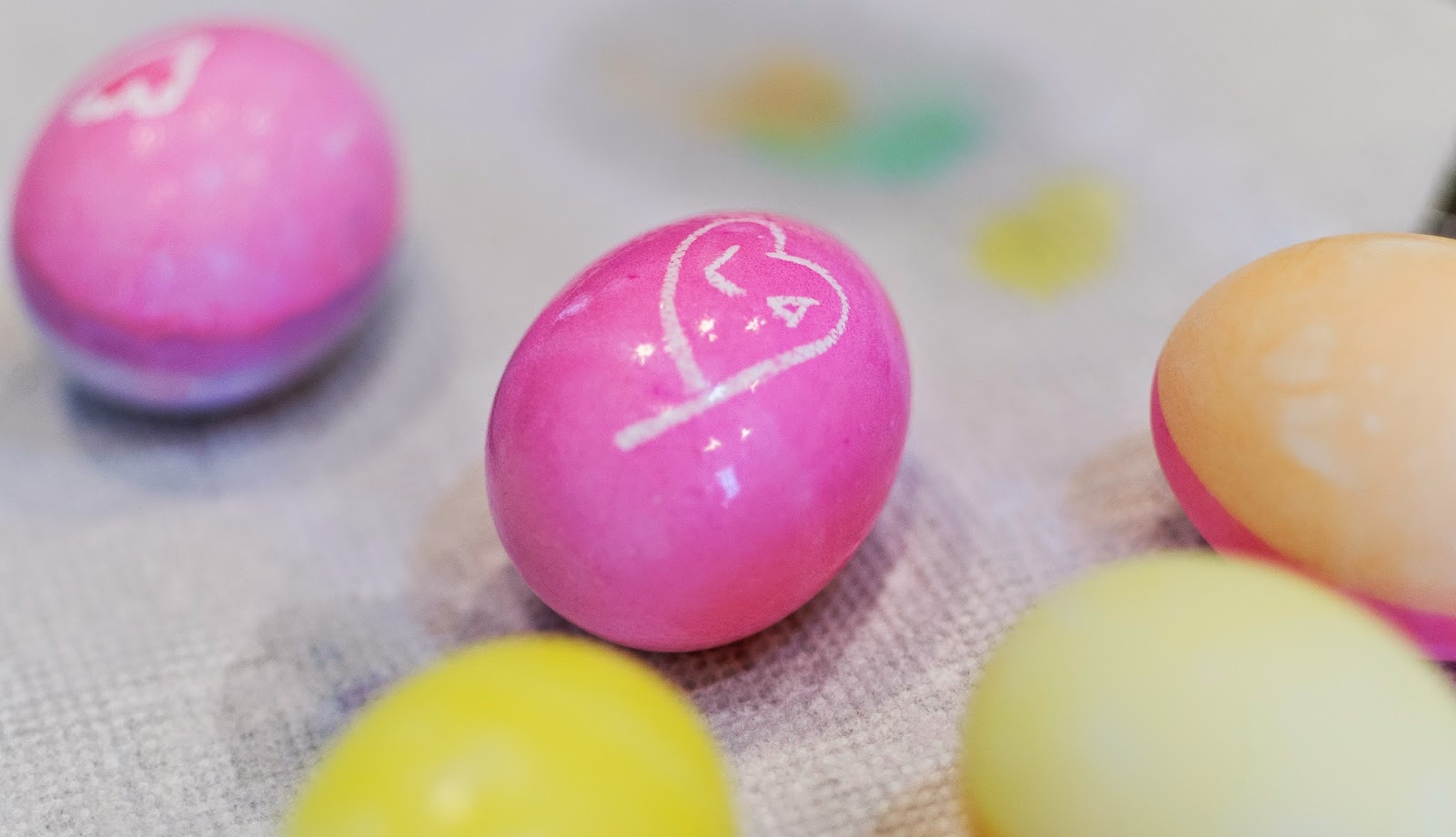 Out on the lake with my DA 55-300 the Ducks and Geese were happy to pose, I think my hands are getting less steady as I get older, I didn't quite get the results I normally get with that lens, but then again... I'm picky too. 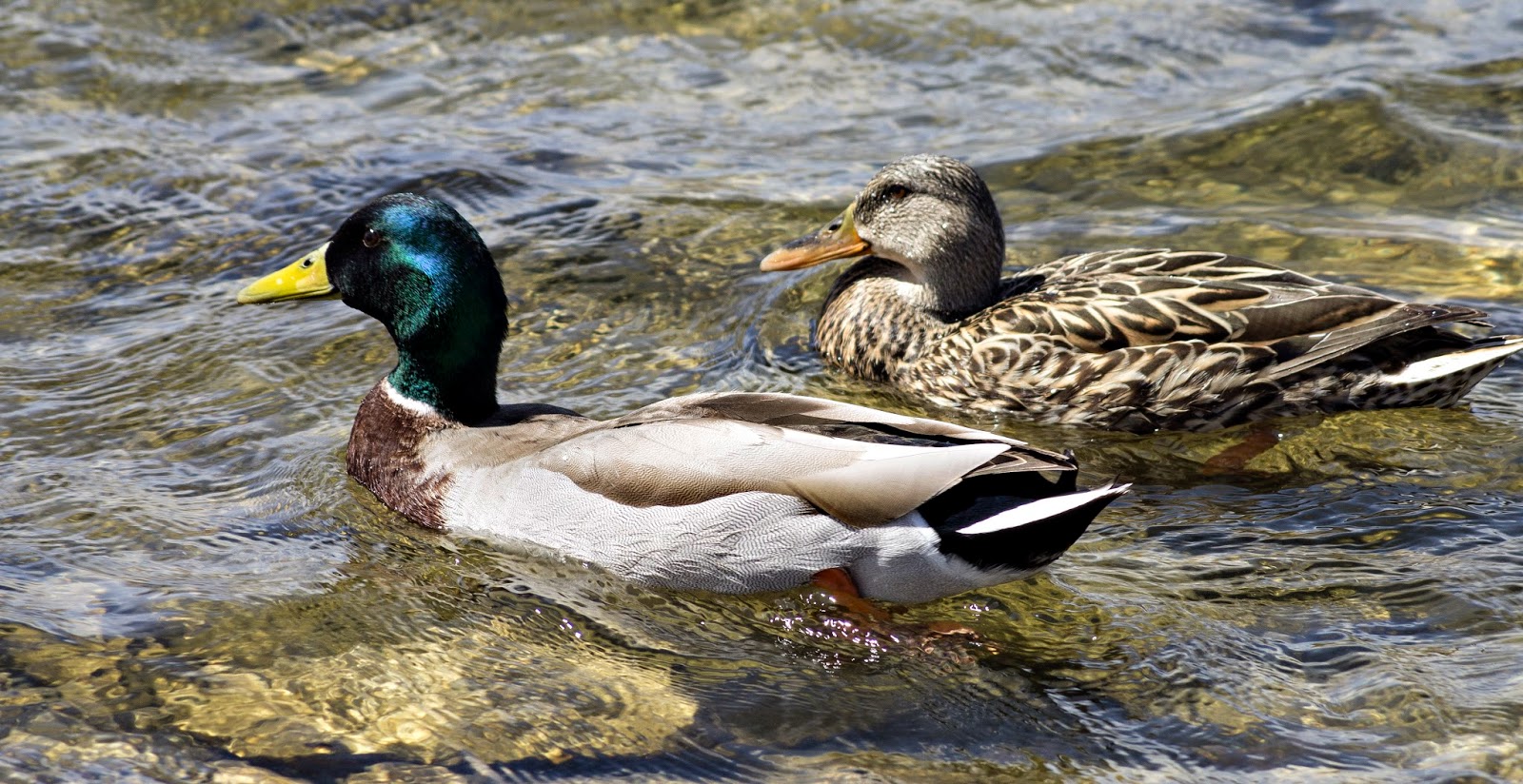 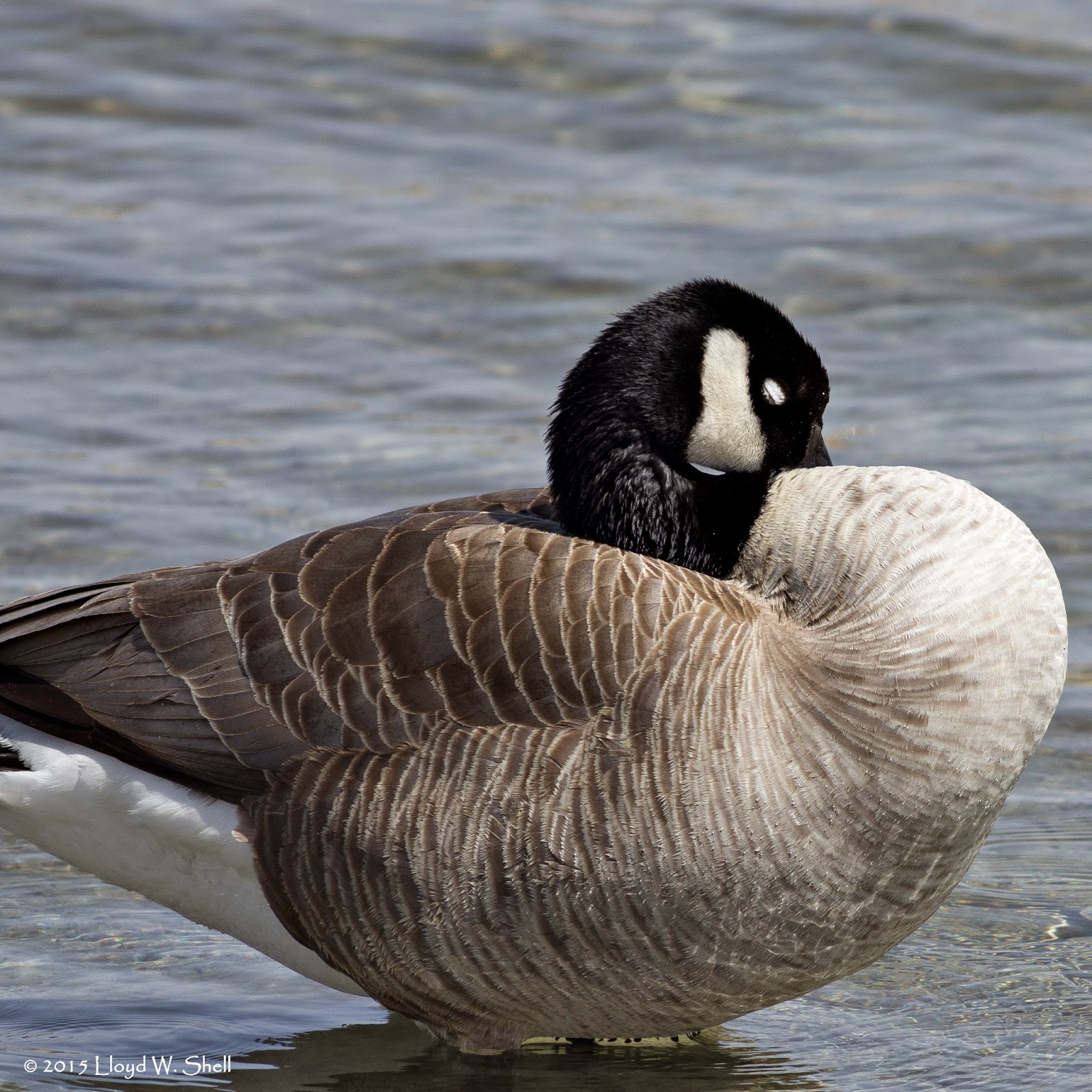 I pushed my K5 to the limits of shadow recovery with this shot, pretty happy with it though! 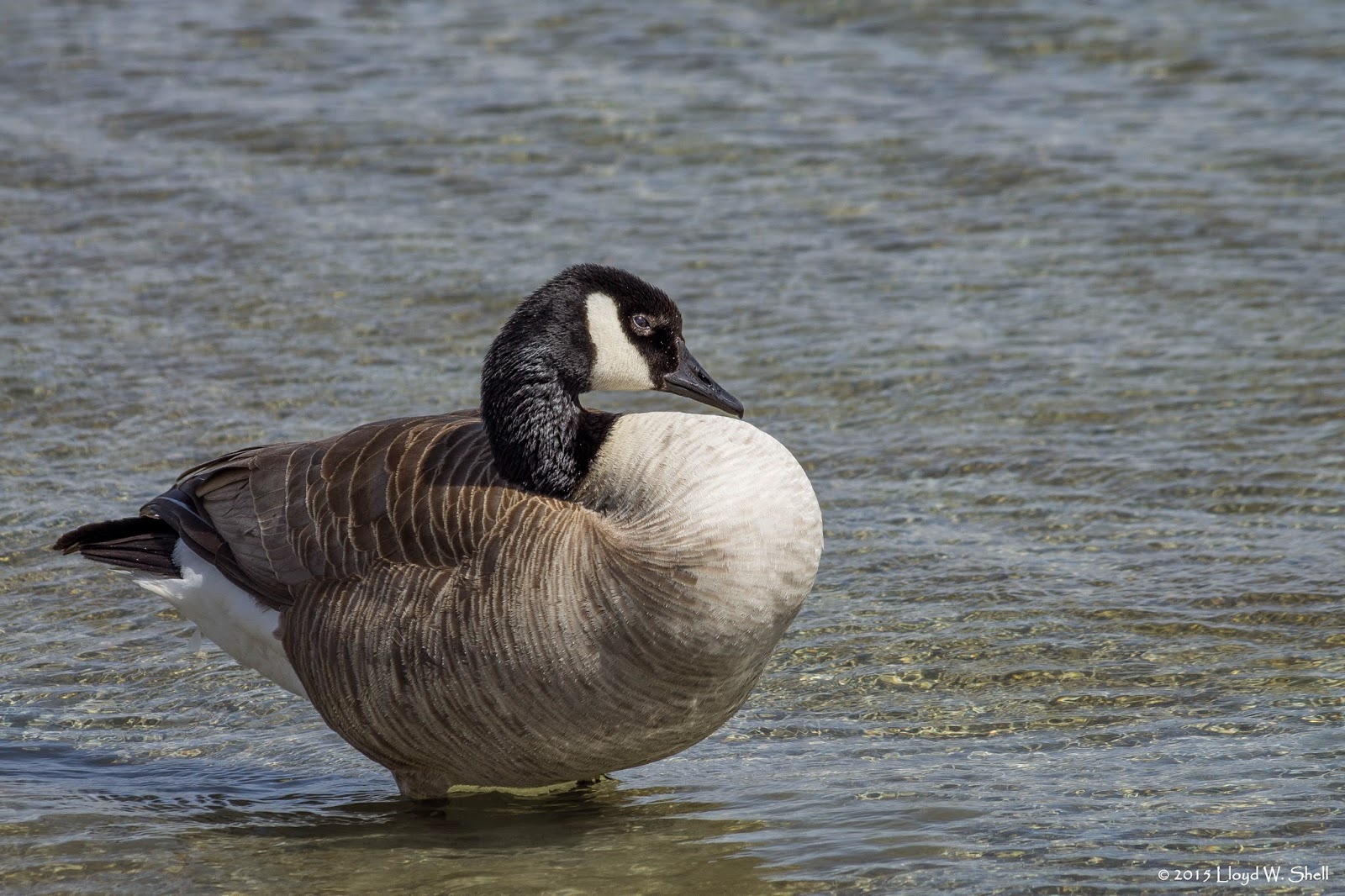 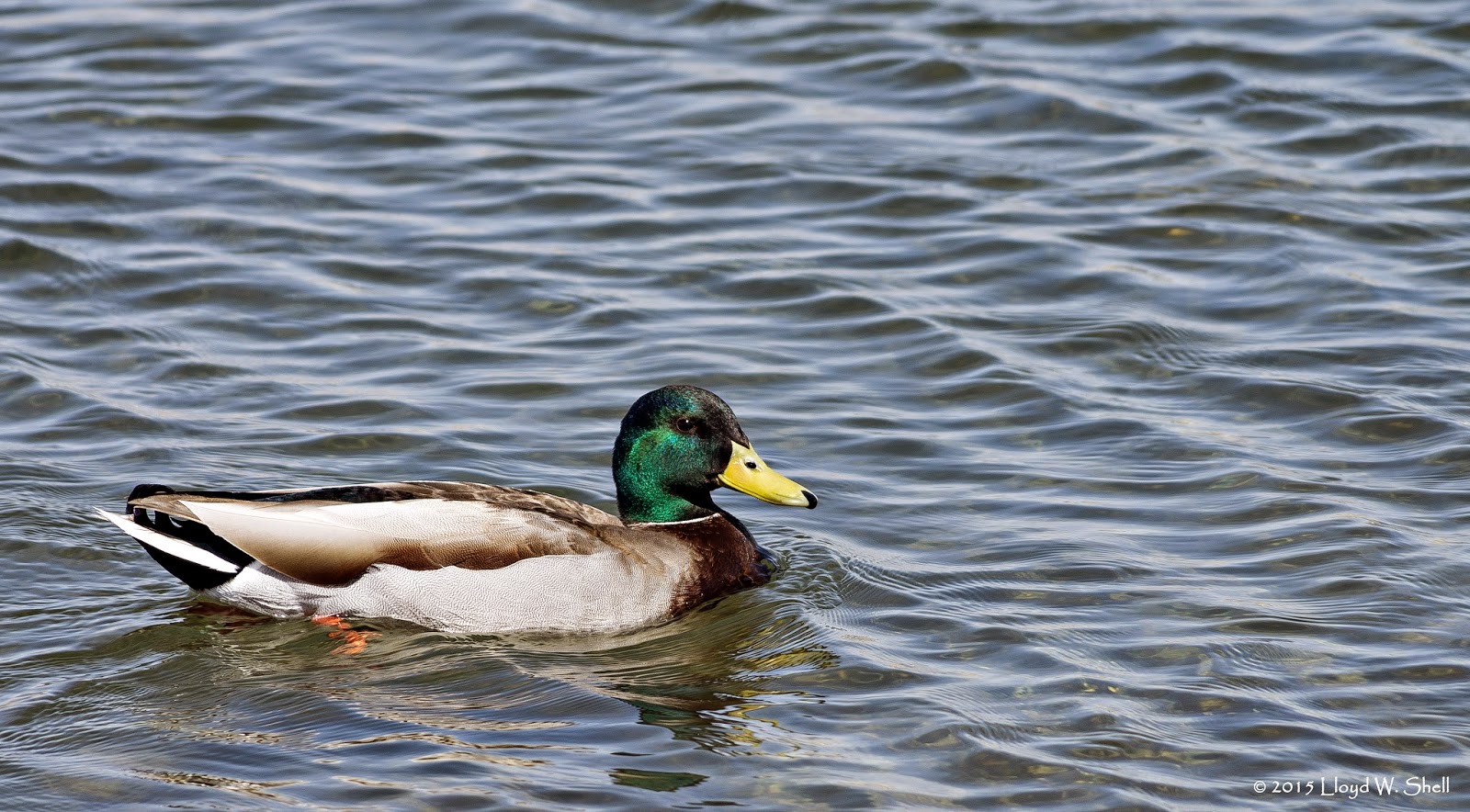