In my never ending quest to get my next seriously cool Temple photo I went panorama. These were both shot at 300mm, Tripod etc... stitched with PtGui. I like the second more for the color and the total framing, want to print it but a 20x60 gallery wrap is full gonzo expensive!!!!!

Yeah I did it again, I bought yet another new to me "Vintage" lens. One I have been wanting to add to my collection, not just because it is hard to find, but because it will allow me a creative use of depth of field in a focal length I have not had to this point. So... the lens I bought from my friend Ron is a Pentax SMC 200mm f2.5 lens. It is the fastest 200 Pentax ever made, it is pretty rare, not as rare as the 85mm f1.8 I played with awhile back, but I think more useful to me. I will possibly get that someday as well, just to have but I honestly think that I need to look at more modern autofocus lenses for the time being, especially the DA Limited series, DA 21/40/70 in particular.

I try to not get a particular judgement made regarding a lens until I have played with it for awhile and gotten to know its quirks. Every lens has weaknesses and strengths getting to know them is essential to using the lens correctly. The expectation for this lens in my mind is that it will be one that allows me to isolate details from a longer distance but to do so with larger apertures that allow for a more smooth and pleasing background. Knowing that this is an older lens also warns me against using it with strong backlight which produces a great deal of lateral chromatic abberations (Green Fringing around out of focus transitions behind the plane of focus and Reddish/Purple in areas in front of the plane of focus) Older lenses can be like that, at least the older long primes. Some of my more wide angle lenses show very little evidence of that at all.

These series of photos are not in chronological order but in the order I want to talk about them. I am not the kind of guy to go shoot test charts for resolution etc... I want to play in the real world, which often has little relationship to formal testing. Seeing as bokeh (a Japanese word for the appearance of the out of focus areas of a photograph) is a prime reason to buy this lens I wanted to see what it would look like. These first shots are hand held, because I was just messing around and I didn't take a tripod. 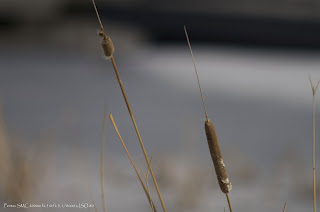 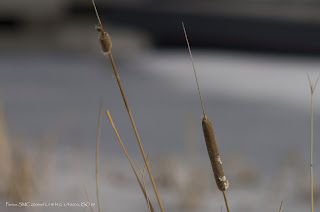 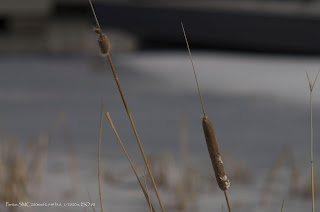 Processed version of the above shot just to see what it could look like with a little sharpening. 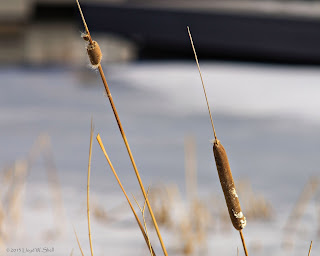 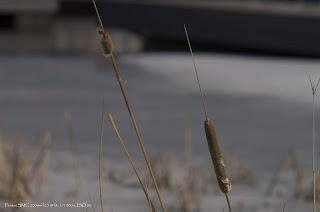 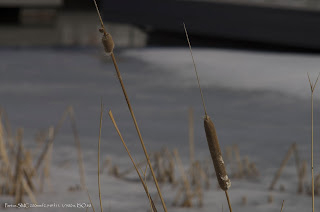 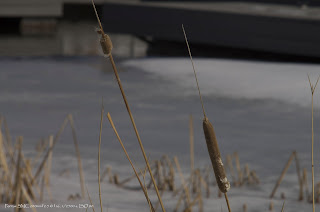 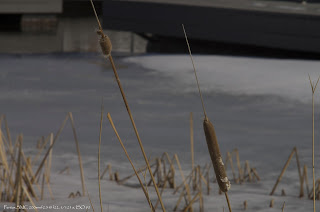 Up to f11 things get sharper with stopping down, f16 is maybe a bit more soft and f22 moreso, to me the important part is that the isolation of the elements works well and the back ground can be described as pleasing. If I had a tripod and used my live view to get exact focus dialed in on the cattails I would have been able to get a bit more sharpness out of them. So far I am pleased with the performance of the lens in reasonable light.

These were simply pleasing shots I took working to see what the lens could do from a mild distance away, I would normally try to shoot this with my DFA 100mm macro but I didn't want to get too close to the edge of a icy dock and risk falling in. The reach of 200mm gives me a safer distance to work from. Bonus! 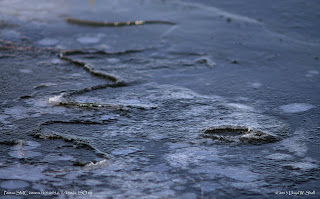 This shot was at either f8 or f11 it has reasonable amounts of CA and yet a pleasing background. 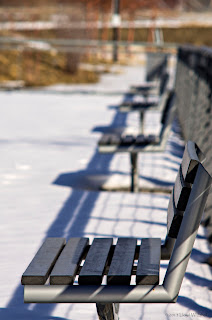 This was wide open at f2.5, and I think I was slightly front focused as well, there is more CA but maybe not too much, I like how the benches tail off into blur more rapidly and the quality of the blur/bokeh is reasonably good. So far a quite reasonable performance for me. 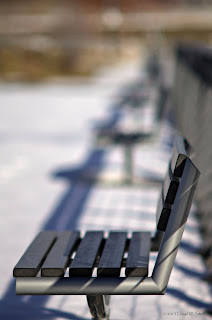 This is a quite heavy crop taken at f5.6 with quite good results. The long focus throw will make this a difficult lens to try wildlife photography with but I may still be able to get some nice shots on occasion. 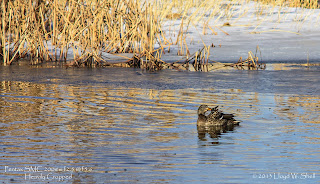 At nearly closest focus, the depth of field is very thin, trailing off into blur rapidly, while the shot is nothing special I like how I can control what is in focus and what is distracting. Even wide open the in focus parts are reasonably sharp. Another bonus point. 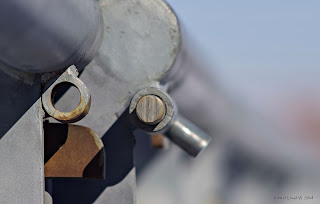 Shooting telephoto after the sun has gone down is a chancy proposition, I was able to get this shot with plenty of shutter speed to spare due to being able to shoot wide open. While not as sharp as putting the camera on a tripod would have allowed, it is sharp enough for what I am doing here. Does that shock you? So many photographers want sharpness at all levels, where is "sharp enough" for you? 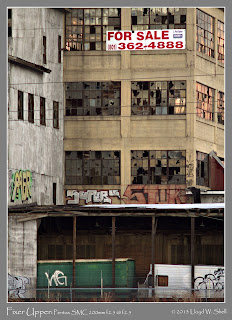 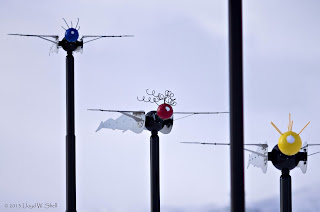 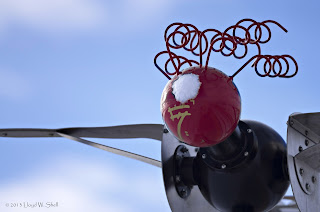 This shot is a 5-6 shot panorama taken from my front sidewalk, handheld. Yeah I am gonna like this lens, especially once I really learn how to make it sing.