Ok, as all of you know I am fascinated with my local LDS Temple, because it is close, convenient to shoot and beautiful (and with special religious meaning to me too!). There is a shot I have long wanted to get, which is the full moon behind the temple. Great in concept, hard to execute, because you have to be up early in the morning and find just the right location for that month. This is hard, very hard!!
Well on Saturday on my way to the University of Utah to work an extra shift I noticed that the moon was just right for the shot I have been envisioning. Fortunately, or unfortunately depending of your point of view, I woke up at 6:30 Sunday morning, and in my delusional half sleep I thought I could try to get the shot if the clouds were treating me well. So I peeked out and saw that I might have a shot, though with some haze in the sky. So I quickly dressed and hopped in the van and sallied forth.
I found a decent vantage point in a neighborhood under construction and took a few shots, hurriedly because I was just waking up and it was breezy and quite cold!! Utilizing my typical temple technique I shot three shots of each composition (-2EV, 0, and +2EV) plus a fourth that exposed just for the moon. The three main shots went together well, but trying to add in the moon exposure shot just didn't work, the haze in the air caused a fair amount of flare around the moon and made it beyond the computers, or my, capacity to compensate. I am not sure that I can capture both the Temple and Moon in the same shot just because of the brightness differential. If I expose for the moon I literally get a black temple, and when you expose for the temple the moon is FAR too bright.... sigh.... One day I may do some photoshop magic putting a moon in just for grins but certain people of my acquaintance might object! (You know who you are.)
Anyway, this is what I produced, each three shot composition was processed twice, once with the "Tone Compressor" setting in Photomatix, and then again with the "Details Enhancer" setting. I liked the sky of the Details Enhancer better, but the Temple didn't look as good. I was even tempted to use a third feature of Photomatix called "Exposure Blending" to get a brighter temple and then mask that out and layer it in on top of the darker temple, but just feel that there was enough potential with the shot to make the work worthwhile...
So back to my original envisioning of the shot, I don't think I will be able to get a shot with the moon properly exposed and the temple properly exposed in the same shot without doing some sleight of hand, will have to decide how to proceed in the future. Mind you I like these shots, but the blown out disc of the moon is NOT what I had in mind! 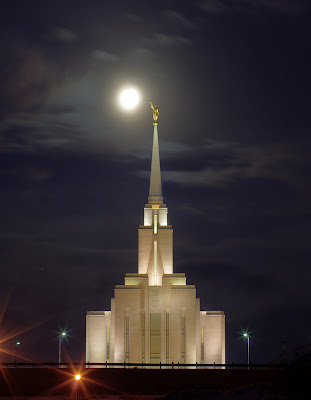 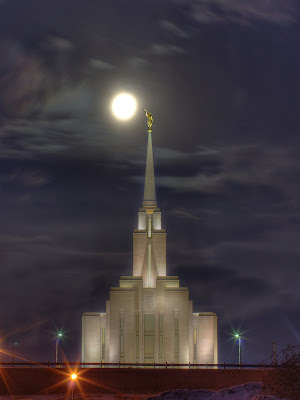 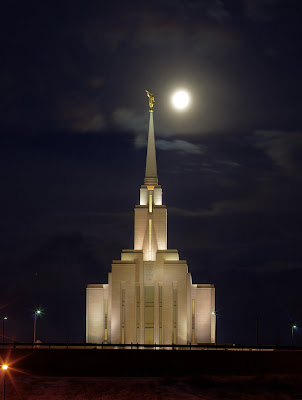 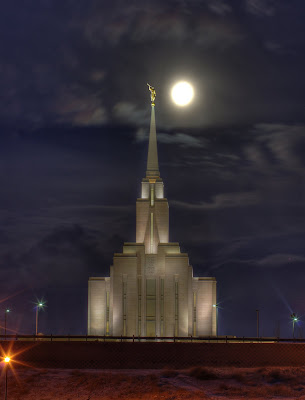