Have you ever learned something then because you are lazy, you forget to keep doing it? I learned it the semi hard way, by making a correctable mistake that cost me only time.

Early on, cannot remember when, I read an article about HDR processing that encouraged converting and sharpening your RAW files before running them through Photomatix. I did that for awhile, but found the process tedious. On a recent evening I ran over to my local LDS Temple to get some shots with the rising full moon in the background. After returning home and being chronically busy I had Photomatix do the RAW conversion. I processed everything and was liking the colors etc... but when closely examining the photos I realized that they were not as sharp as is my usual work. 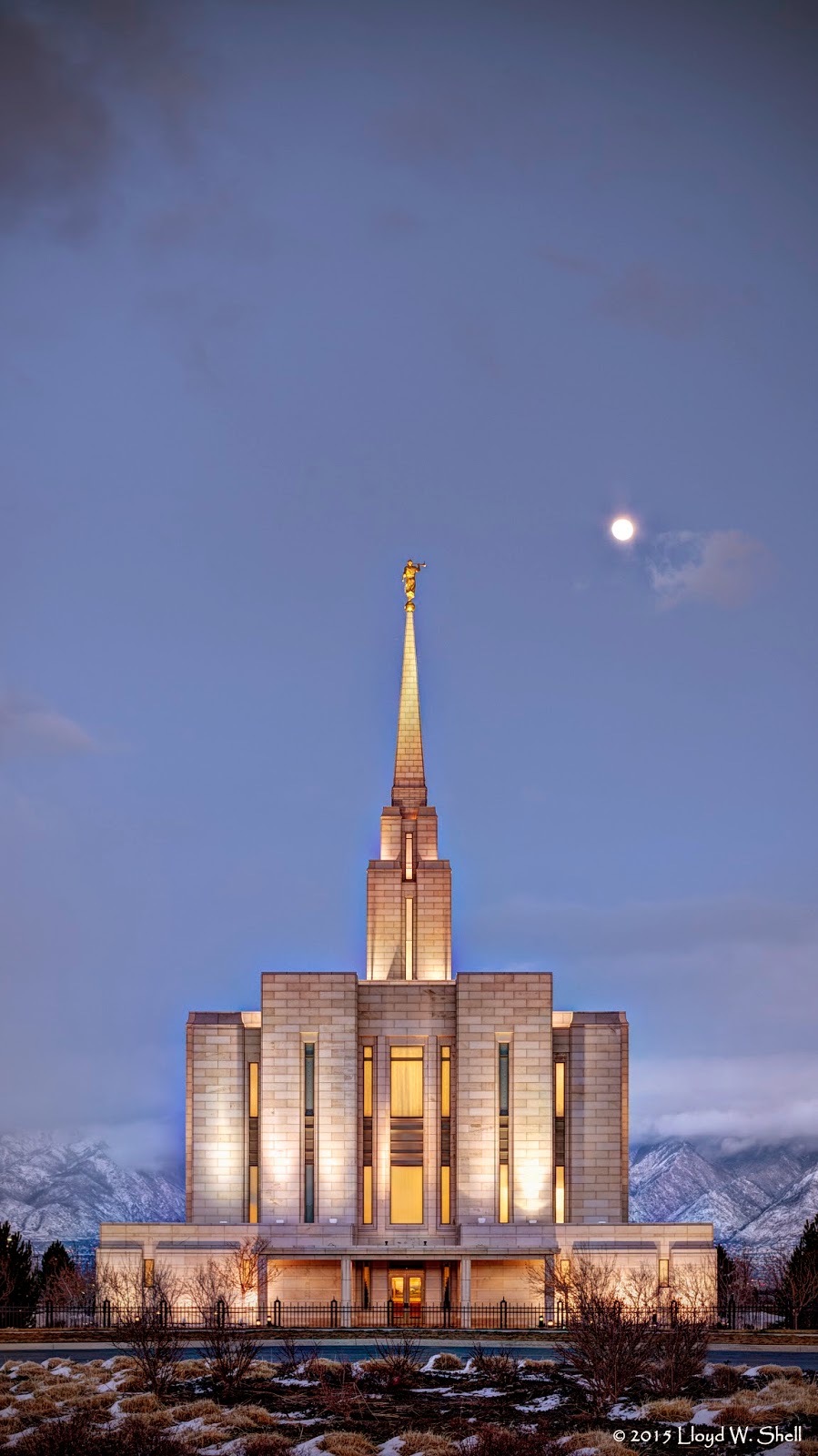 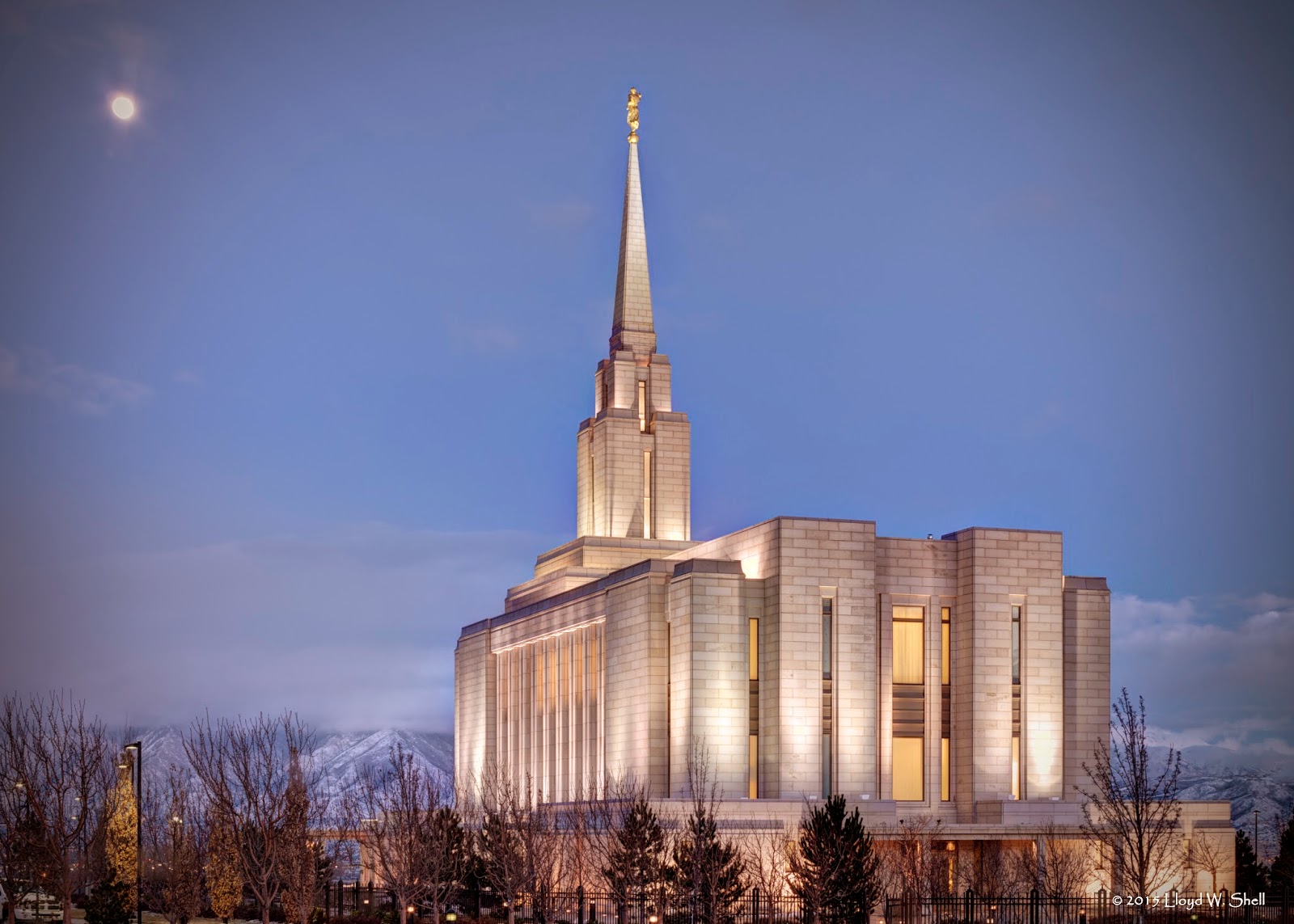 Curious as to whether I could do better with converting to TIFF using ACR and sharpening prior to running the files through Photomatix, I took the time to do the conversions, improving the White Balance and doing the Lens Corrections/Sharpening I usually do.

Below is a comparison of the results. The top photo was using the RAW converter in Photomatix and the bottom using ACR first. The bottom is quite a bit sharper and will print MUCH better in larger formats, also note that I was able to get the WB better. (Just trust me, I see this temple a lot) I also feel that I was able to pull more detail out of the brighter areas as well. Overall just a nicer image. 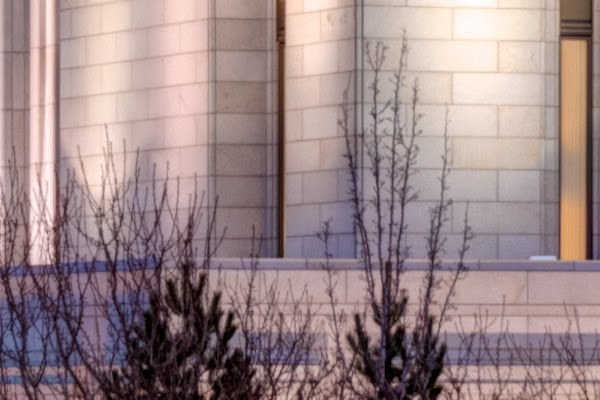 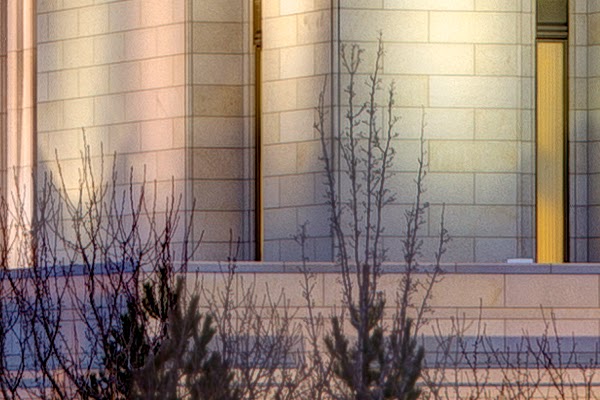 So here now are the photos processed the right way, and without the vignette I used on the first ones. They are just a bit better, especially on a calibrated monitor. 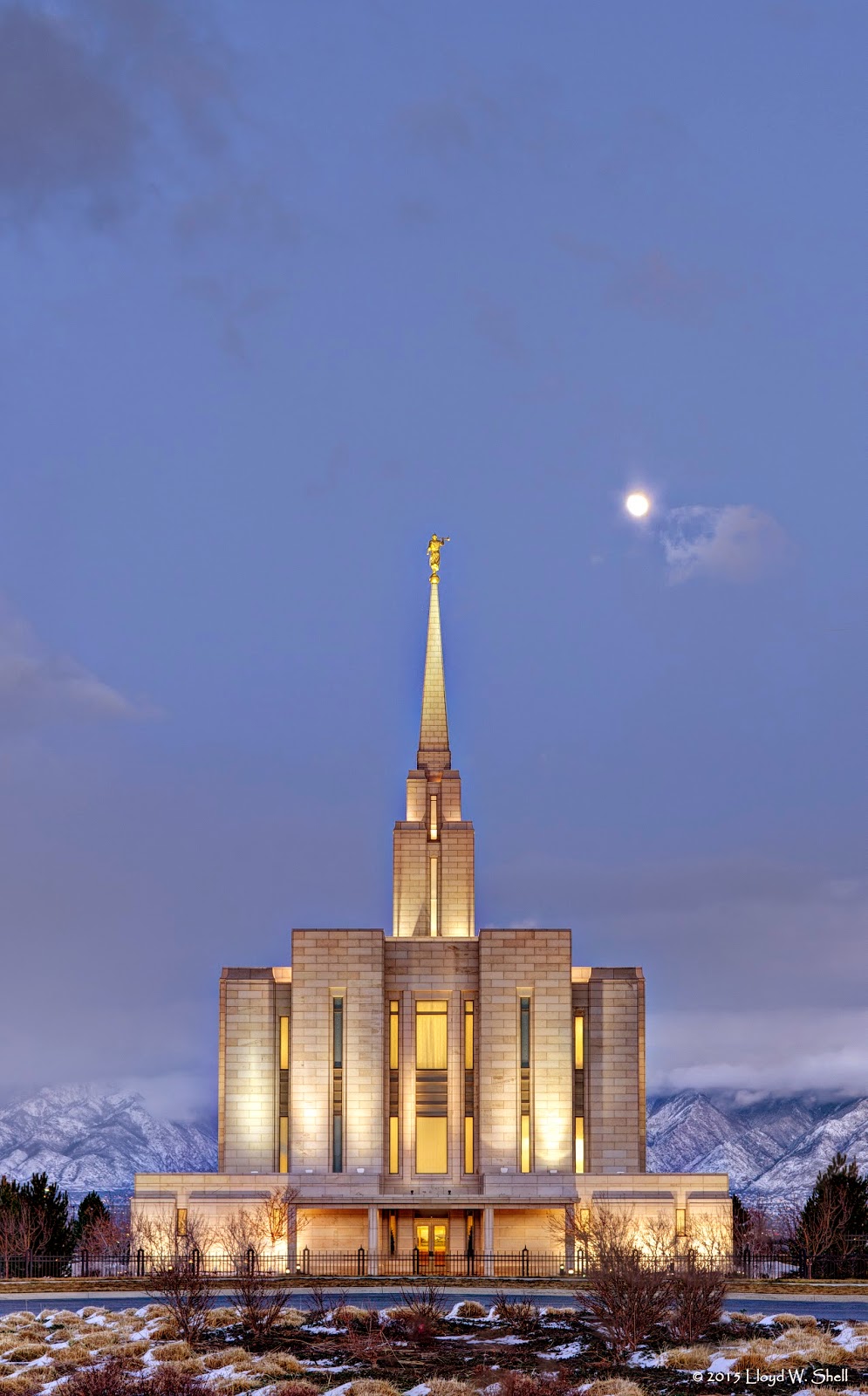 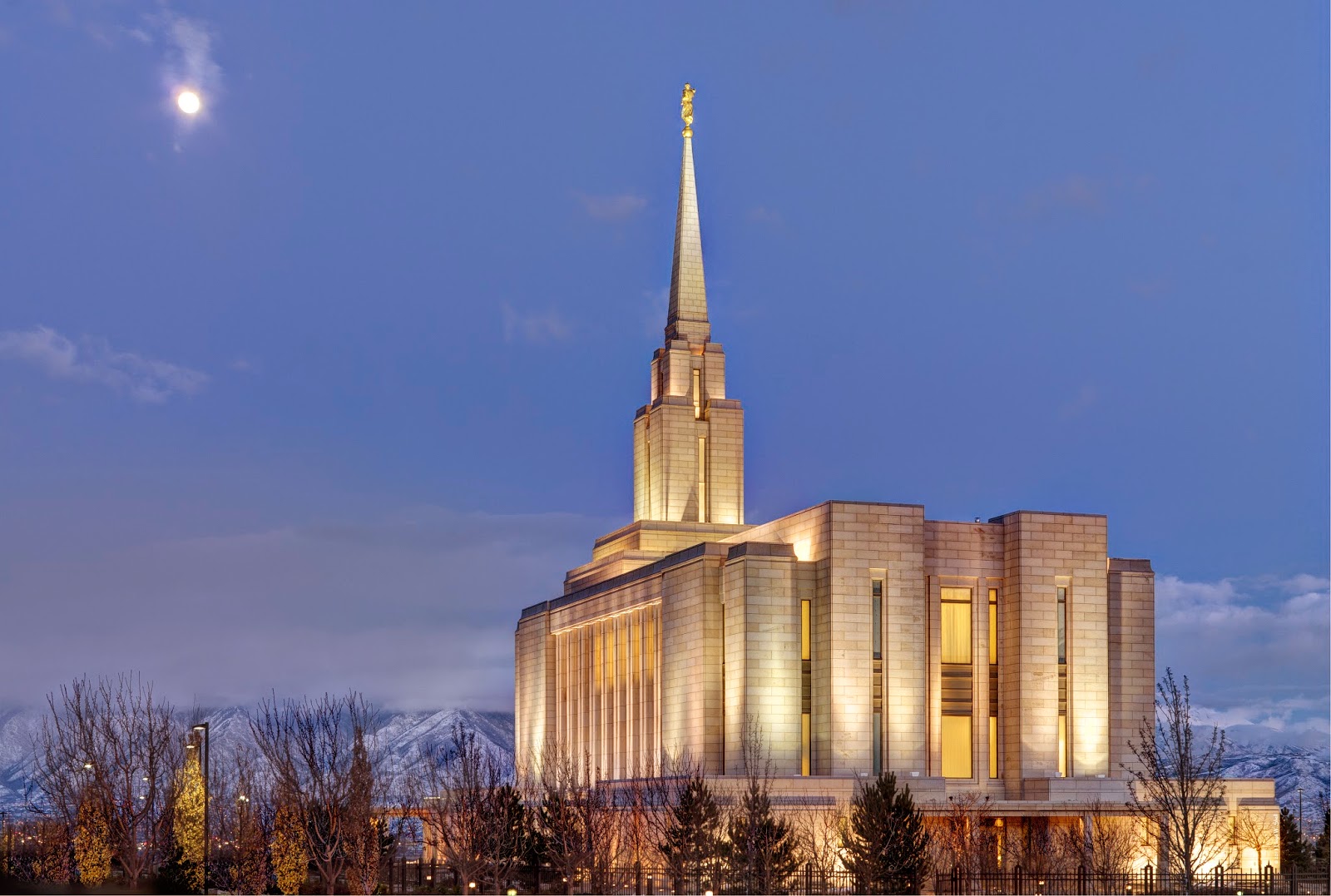 This was shot the same night just a little later, my main problem was that I had rubber ends on my tripod not my spikes and at 300mm I got just a bit of tripod movement when I had it sitting on the grass. Now I know though... 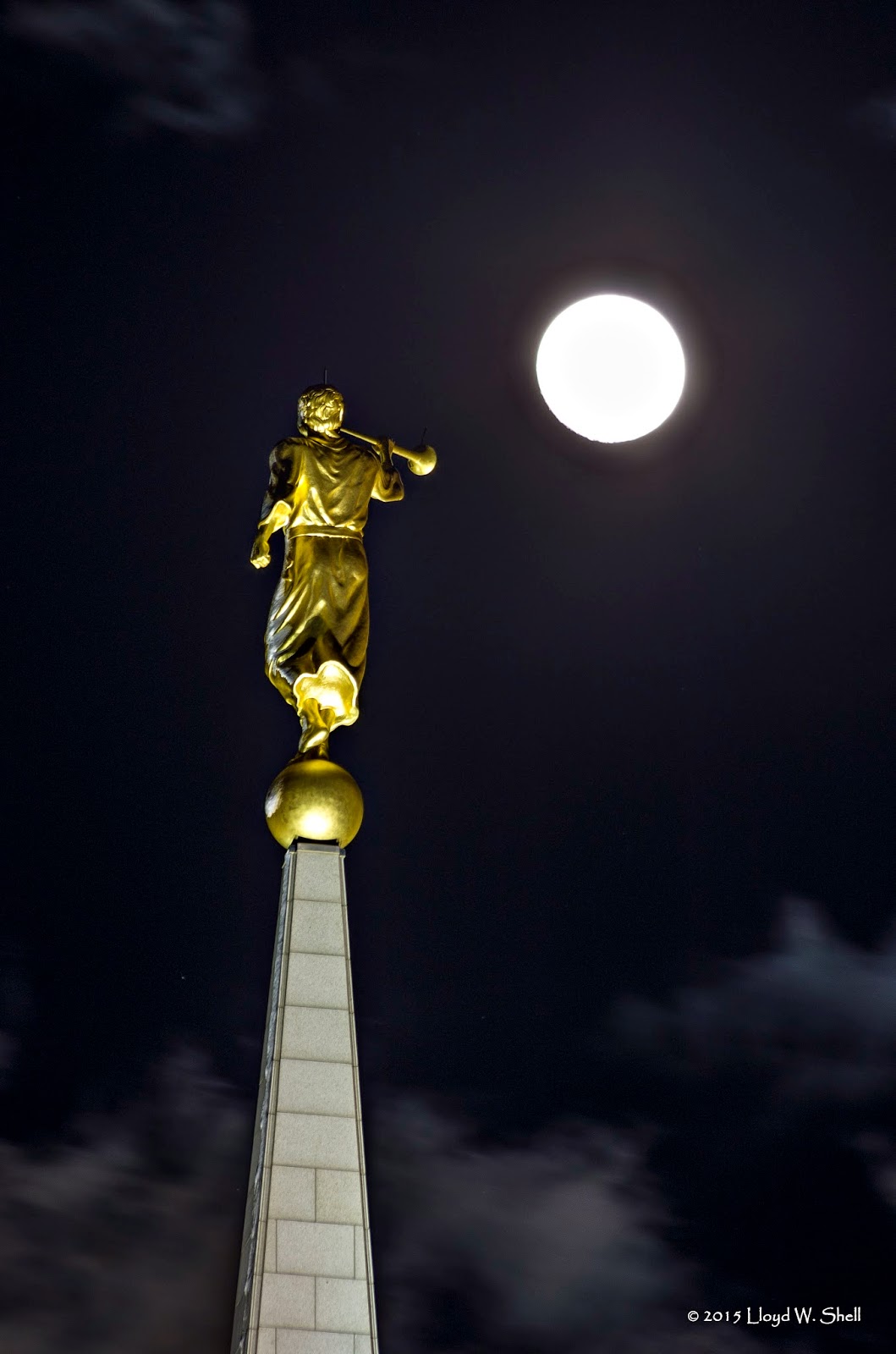 Three nights later I did some more work as part of a date with my wife. Dinner and Temple Photography is always better than Dinner and a Movie. I wanted to experiment with changing perspective and focal length. Of note, all of these were multiple bracketed exposures, converted in ACR with lens correction Profiles, WB correction & Sharpening. The HDR settings were kept essentially unchanged for all of them. My final post processing consisted of straightening (leveling) and perspective correction and cropping. One trick of perspective correction is to not over correct, I tend to leave it just short of perfectly corrected which seems more natural to me. 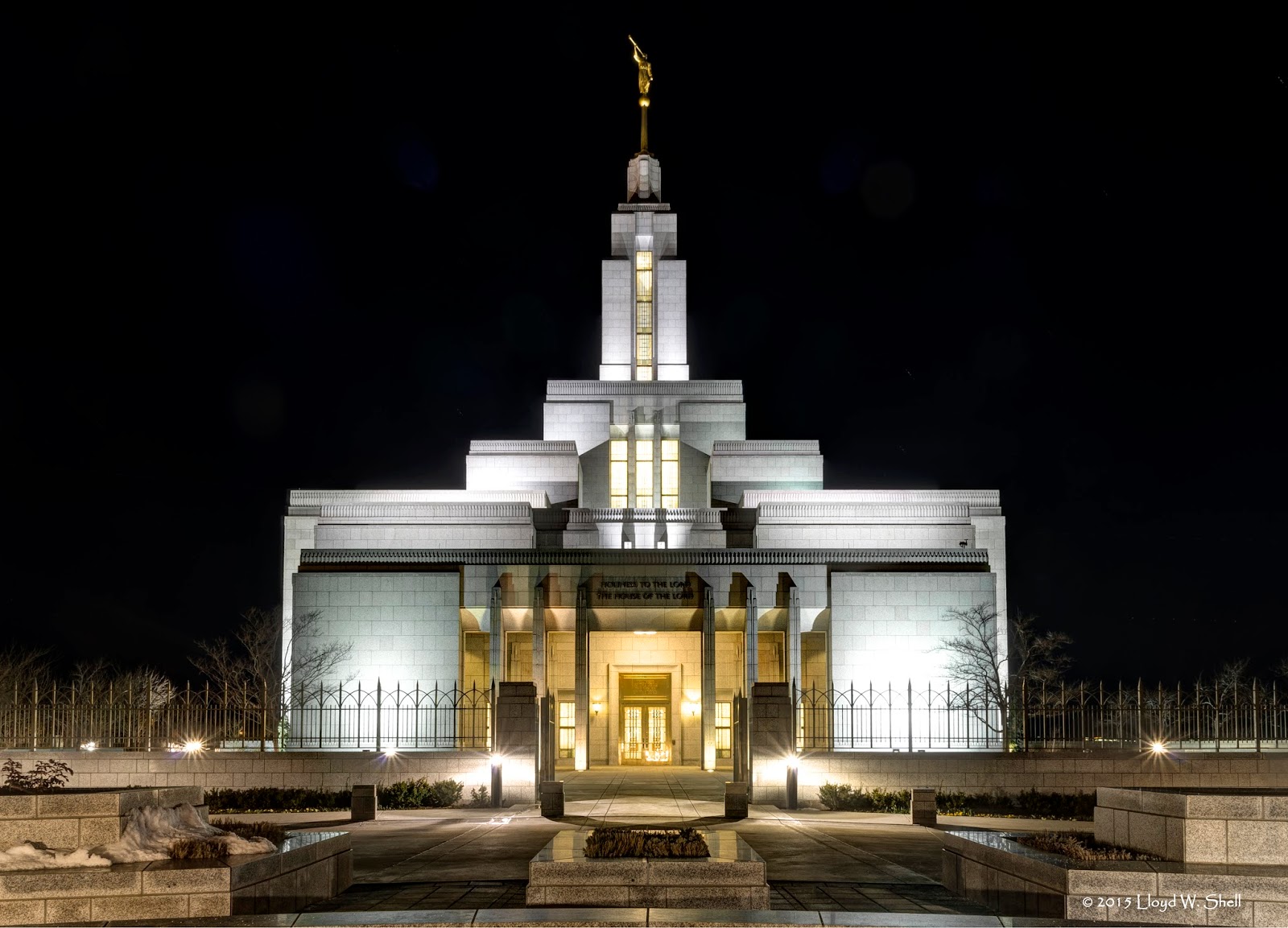 This at 15mm, portrait orientation. 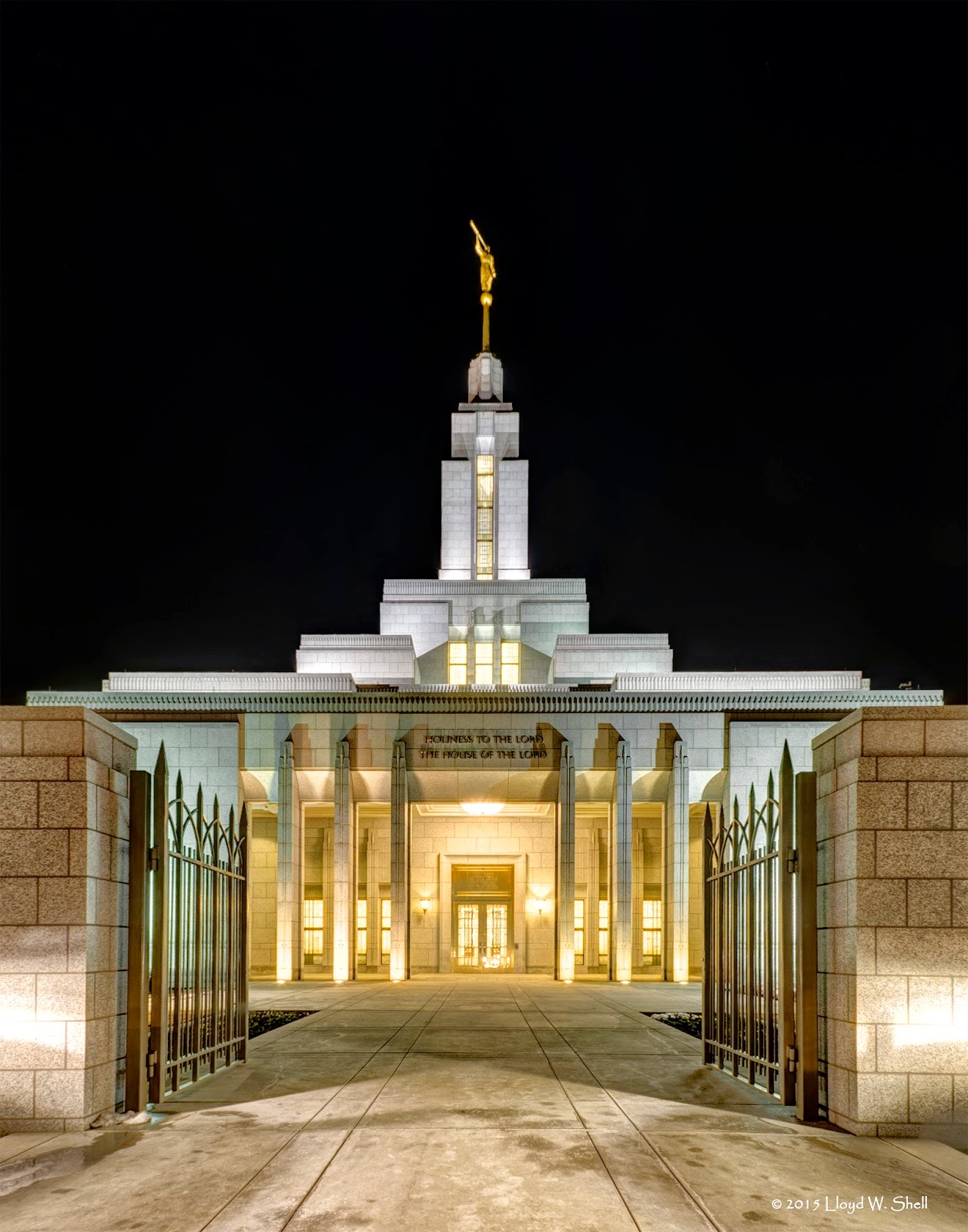 This at 10mm and in Landscape orientation. 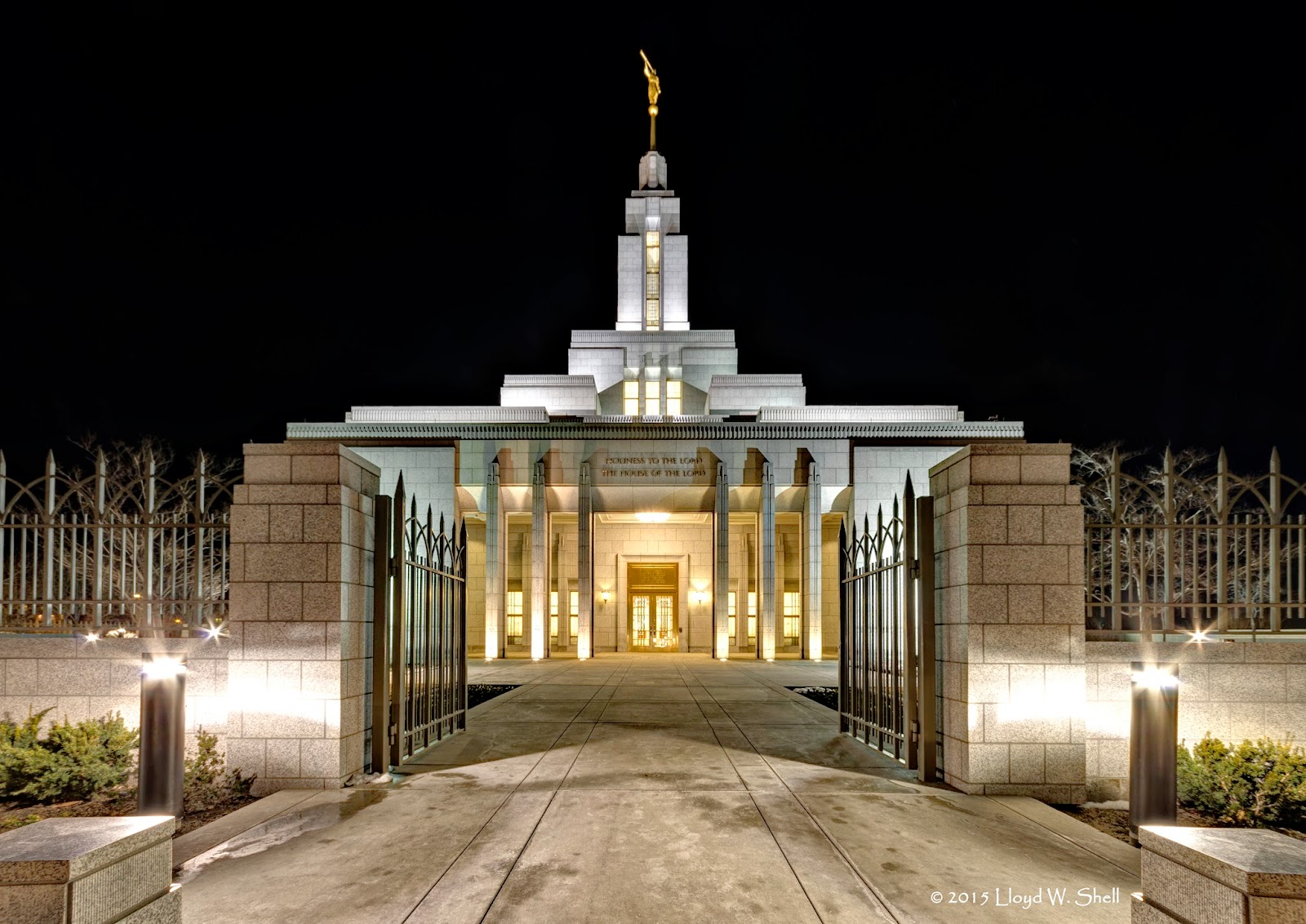 10mm as above but closer. I like this one the least as the perspective makes the sides away from the entry too large and makes the building look out of proportion. 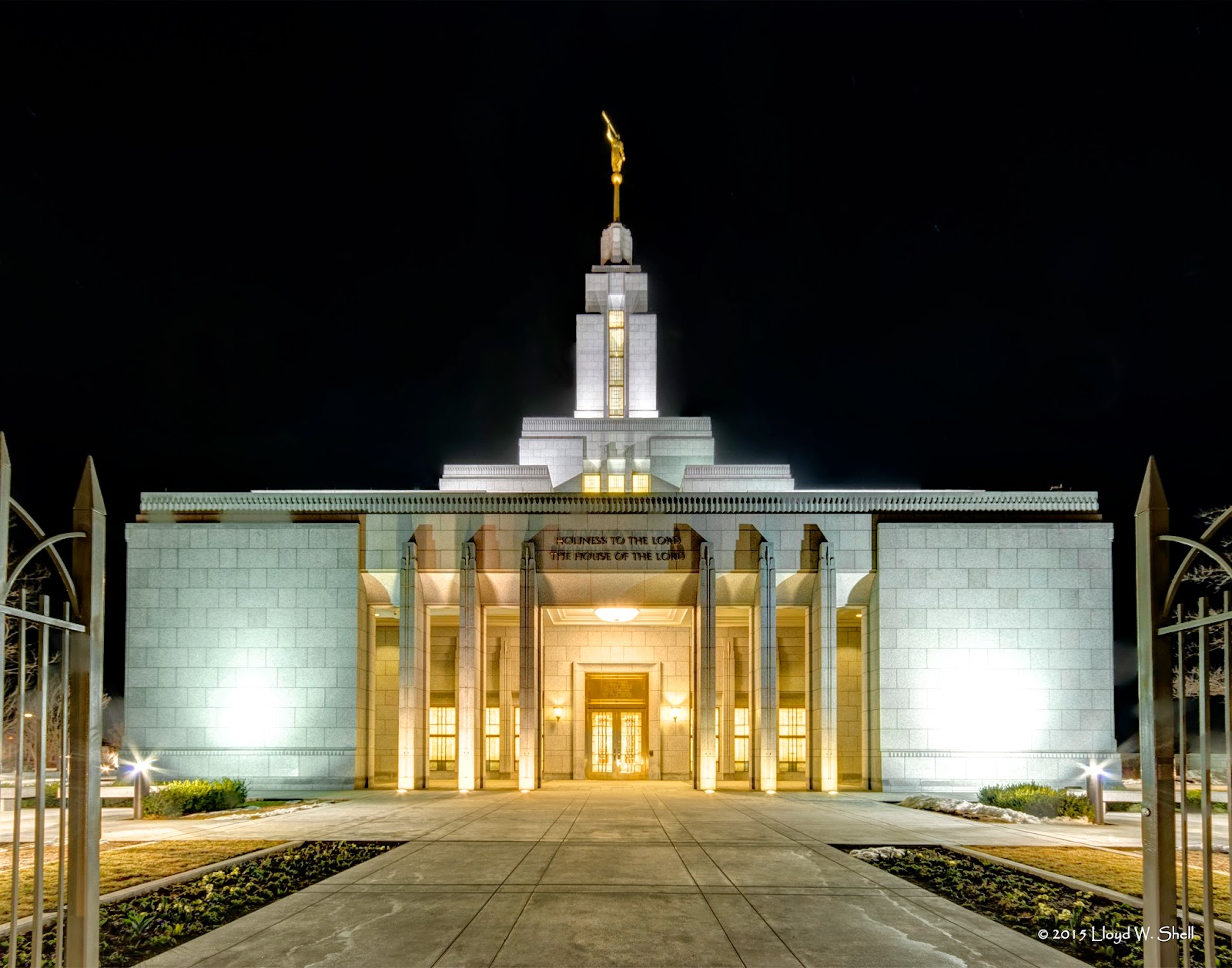 Finally at 8mm with my Fisheye from essentially the same spot at the 10mm. (This was straightened but not perspective corrected.) 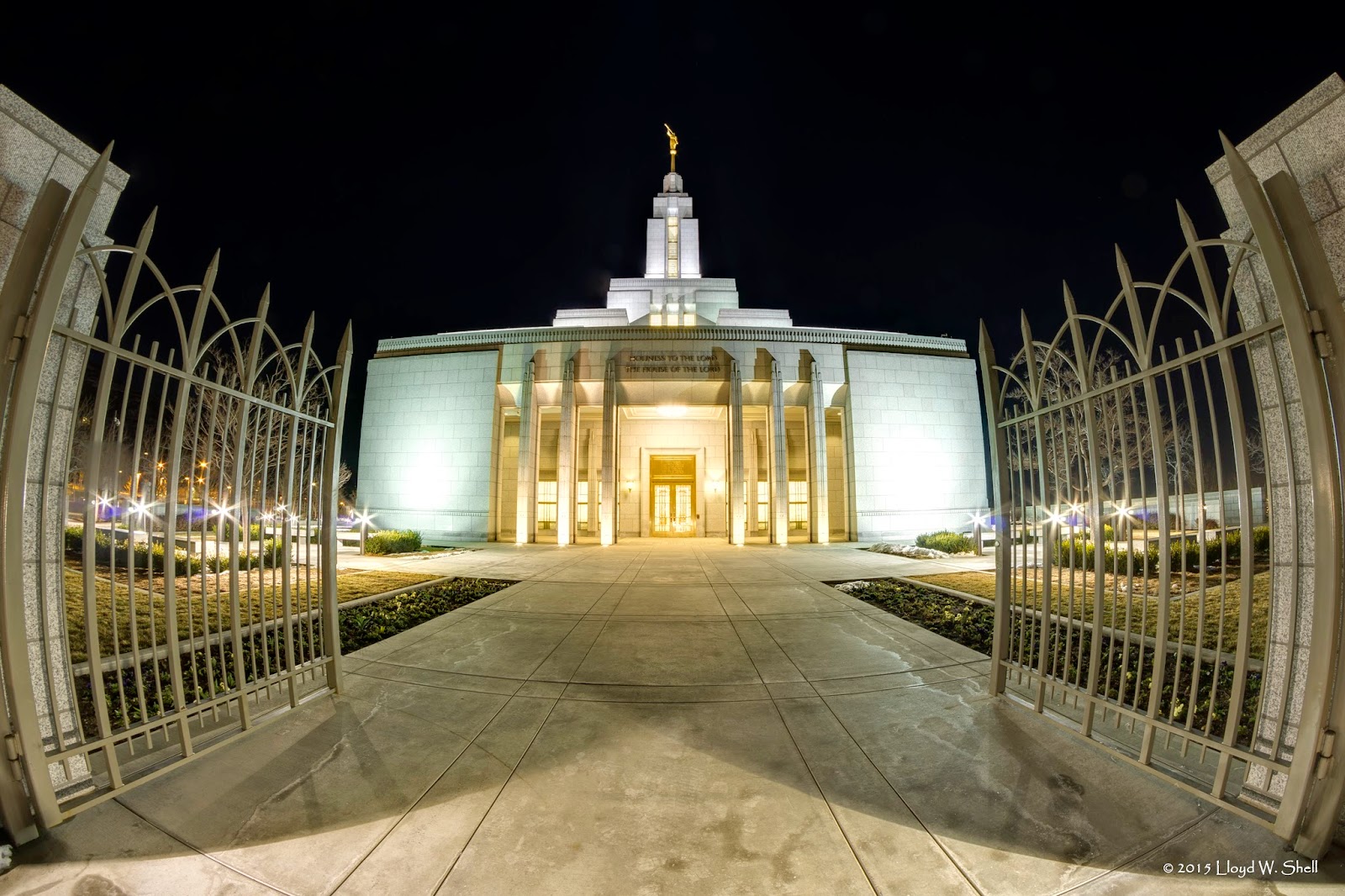 Taking Time the Only Way I Know How

There are times when life is so busy that you have to choose between many different "Good" things that it is bad to have so many choices. I am realizing that my Work/Home/Hobby balance needs to be constantly re-evaluated and fine tuned to stay ahead of the quicksand phase. By that I mean the phase where you are behind in everything and you just take a nap instead, ending up just as stuck as you were before you took the nap, just better rested. With the advent of spring this will be tested even more.

So, what did I do? I picked up my camera, because that is as good as a nap to me, and carried it with me a couple days this last week. I mostly took traveling pictures, waiting for the train, walking home from the train etc... but at least I took some pictures and that is good!

I find a happy warm glow when I am watching the sun rise. I warmed this up to match the feeling I get. 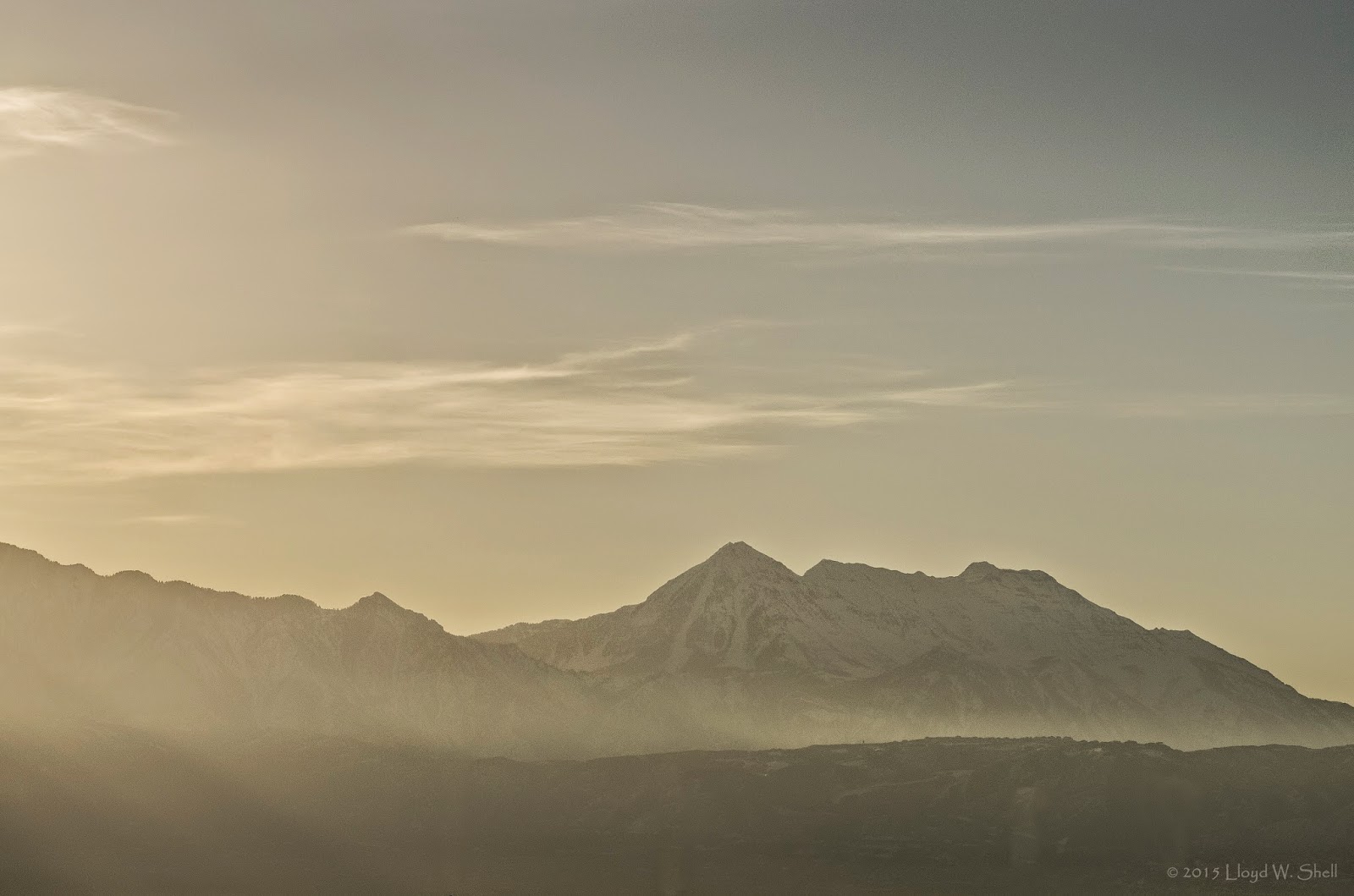 My trusty steed. This was an early Saturday morning (yeah I work some Saturdays, People don't leave the hospital and go home just because it is the weekend.) and it was only a single car, which was unusual enough to stick in my mind. Usually we have at least two cars, and four on weekday mornings. 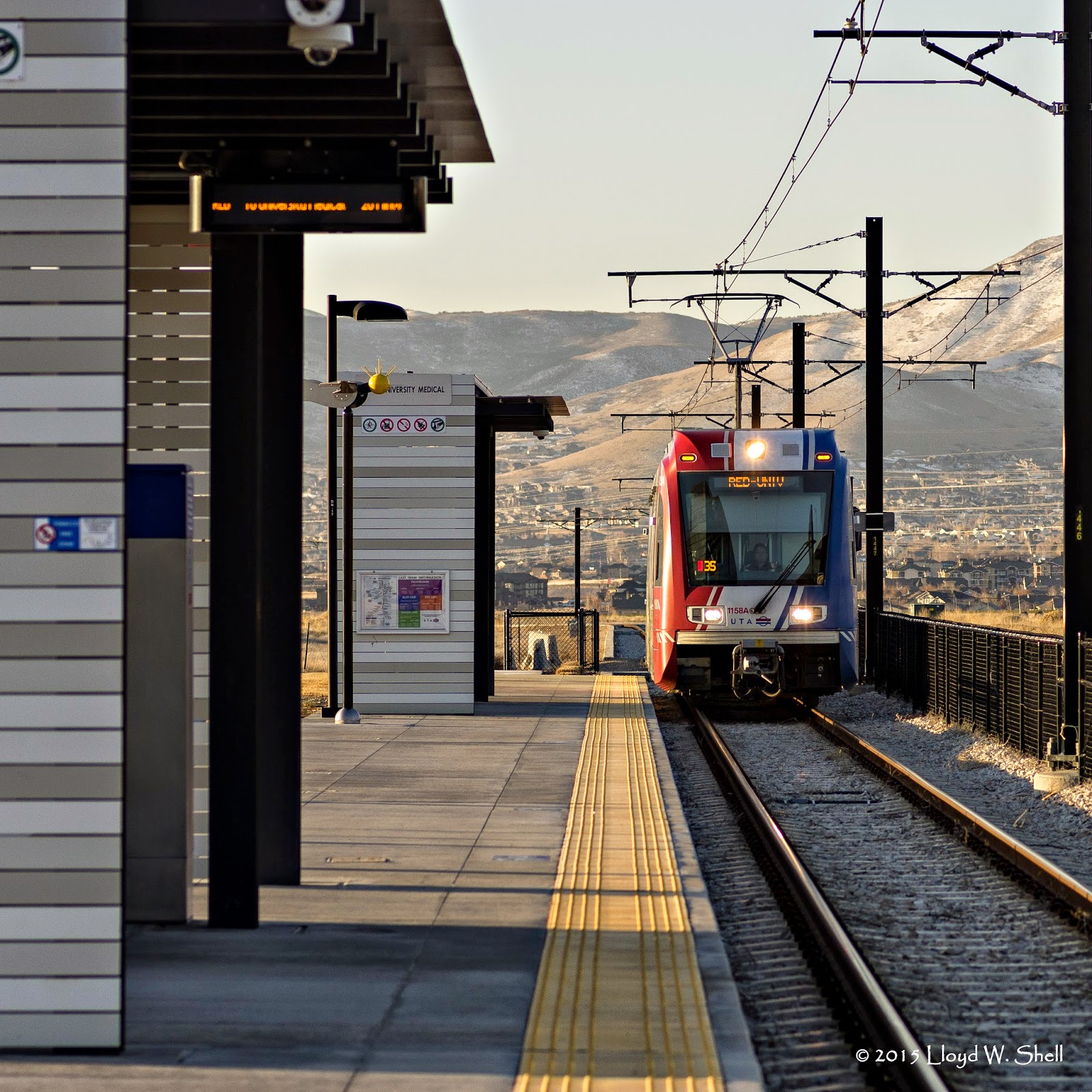 This is a sign I see on a daily basis. It literally is invisible to me now, unless I have my camera in hand. Have to say that my clean socks just taken out of my shoes are definitely cleaner than the seat they are going on so I have a reason to ignore it. 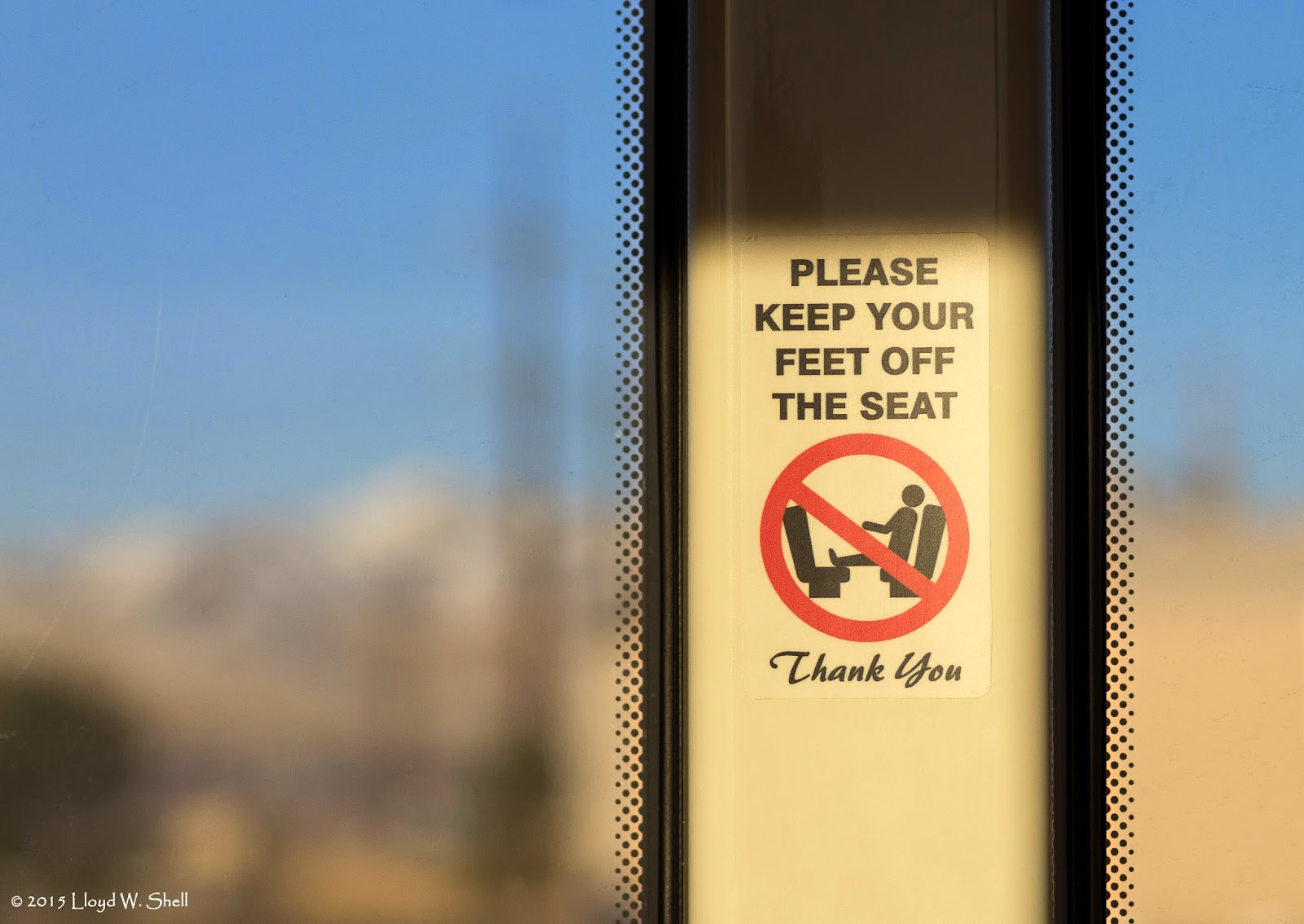 The first three photos were taken with my 100mm Macro lens, it is one of my best. The rest of these photos were taken on another day with my Pentax SMC 28mm f3.5 (or "K" series lens, the first series of bayonet mount lenses they produced.)

I do like the sense of movement in this shot, taken earlier in the morning before sunrise, hand holding was tough though. 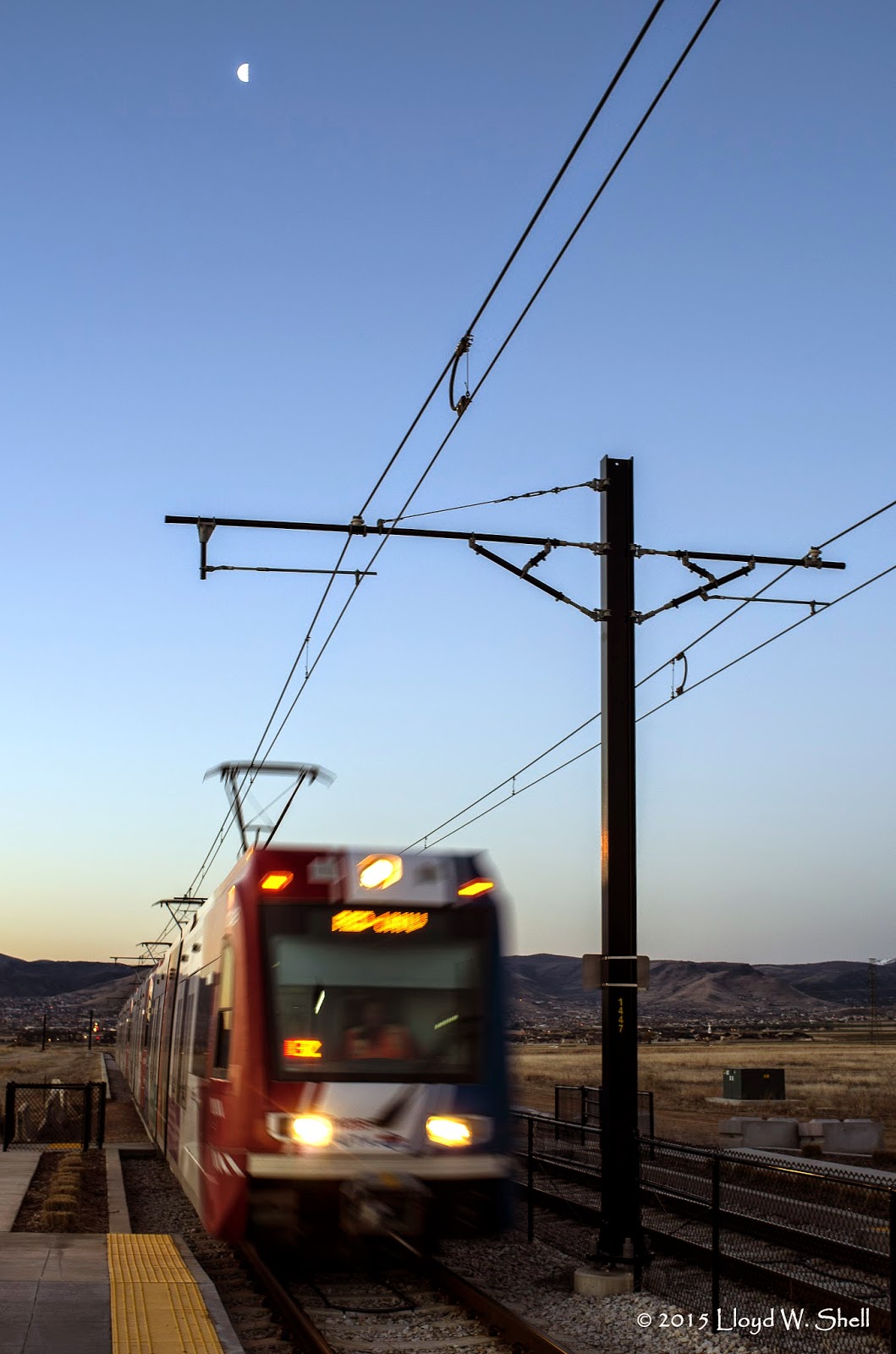 Coming home that night I decided to try looking out the back of the train, the 28mm focal length was perhaps a bit long for this type of shot, but I like it. 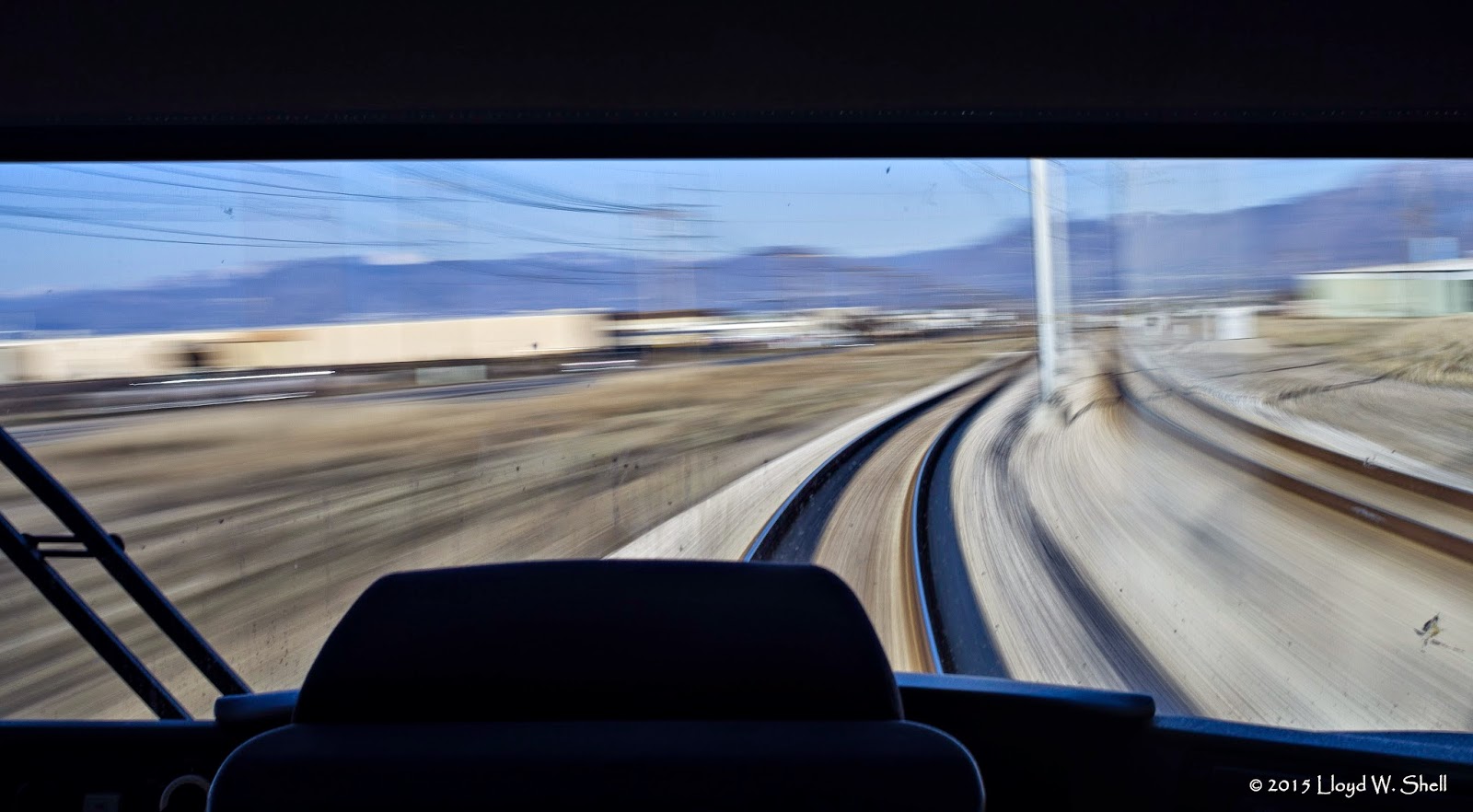 I have never considered a f3.5 lens as one to use to achieve a limited depth of field. Wide open this does a workman like job though, and the bokeh (i.e. the look, or rendering, of the out of focus areas) is fairly smooth and not busy or nervous. I really should use this lens more. 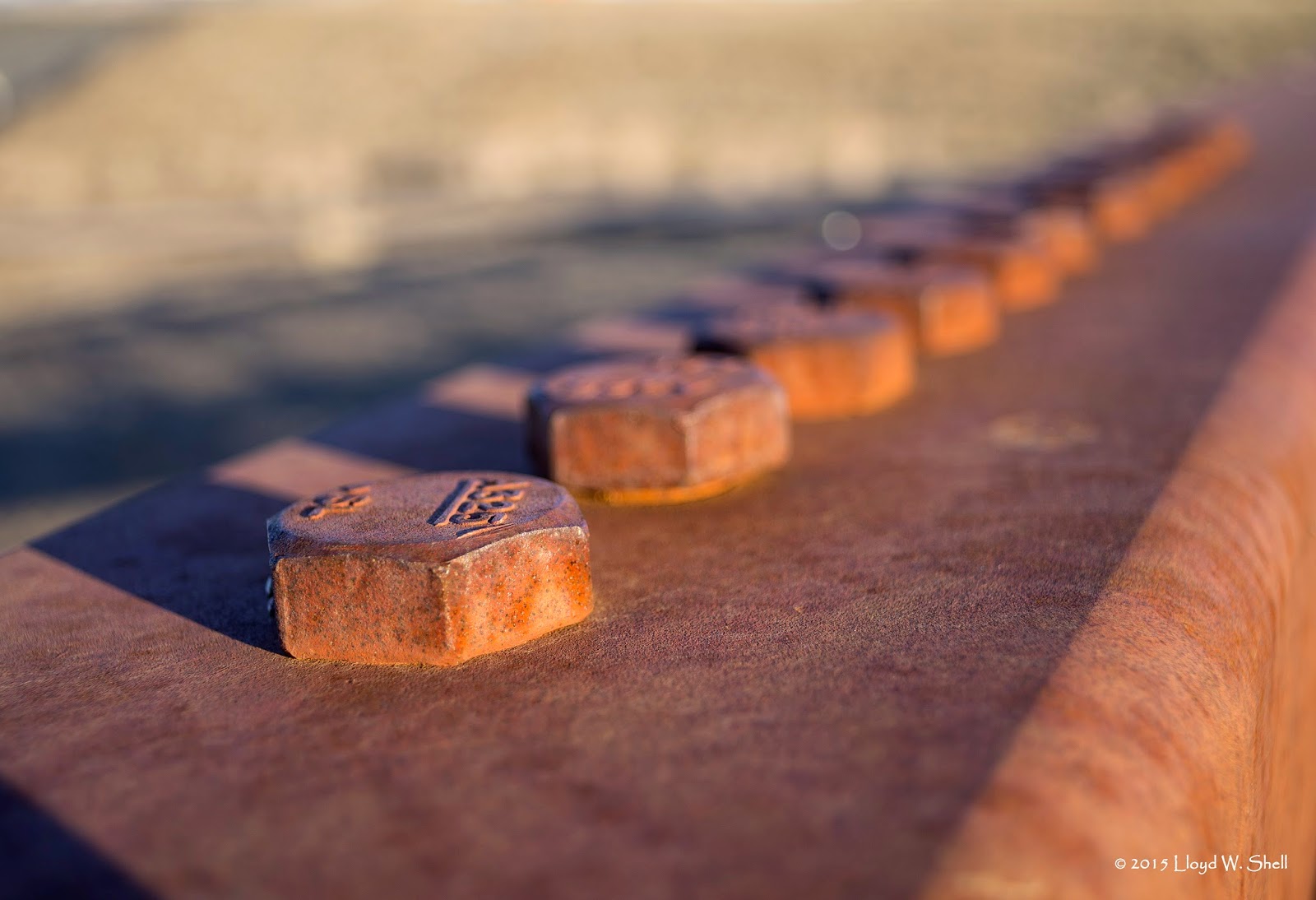 1/8 of a second exposure is tough to hand hold, but with the help of a concrete bench I was able to do it. I was glad to see that the man made streams have been turned back on at the lake. The sound is soothing to me after a long day of hustle and bustle. Even if they are a "Water Feature" rather than a real stream... 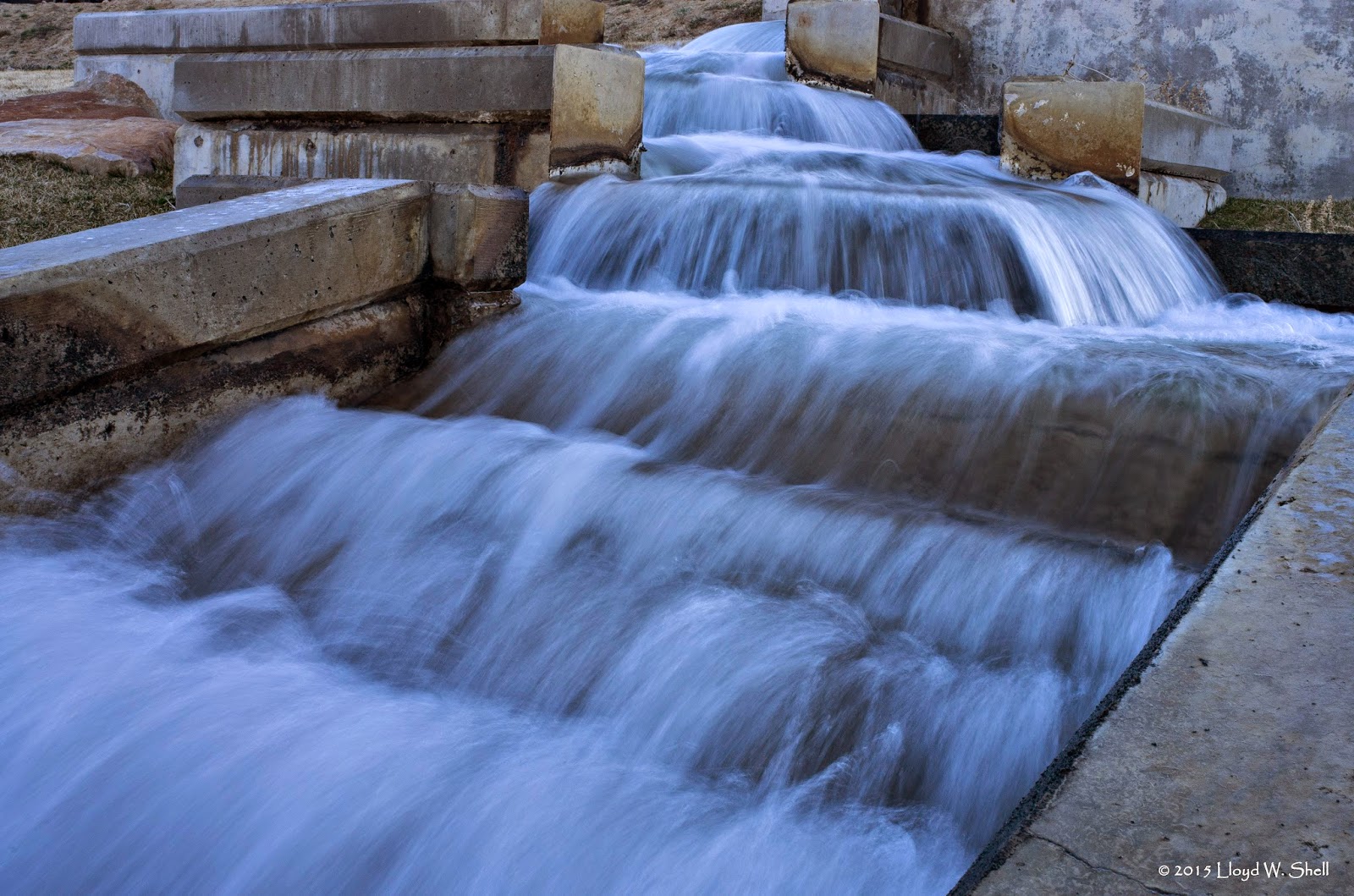