A few shots from Temple Square

I had the opportunity to go downtown with my lovely bride and have lunch on our anniversary. I am very unable to not take pictures when it is a beautiful day. So I did.
I have been wanting to get this angle when the fountain was running for a long time, but my timing has been less than perfect.... 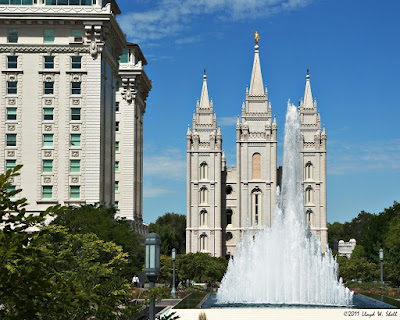 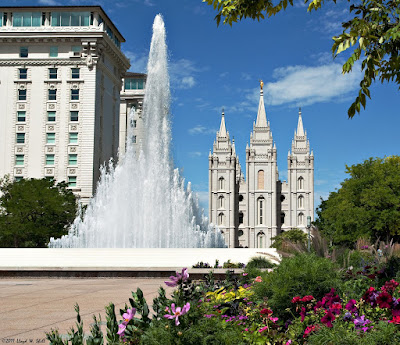 This shot needed a LOT of correction, it was shot through glass, and the color cast was pathetically green. I think it got it right though. 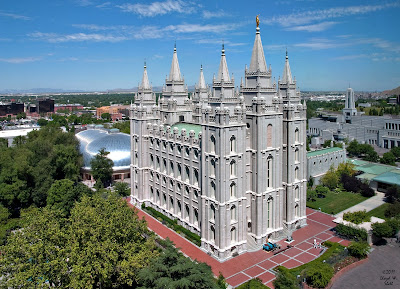 An 8 shot panorama of the lobby of the old Hotel Utah/Now Joseph Smith Memorial Building. Really should have done a double row and got more of it in. 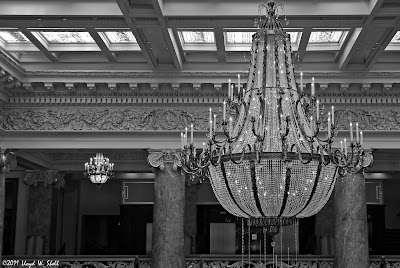 The Opportunity Afforded by Carrying a Camera Constantly

I have been intrigued by the Pancake lenses that Pentax makes for a long time. Even before I bought Pentax. DSLR's are bulky by their nature, flange to sensor distance, LCD screen behind the sensor array. They have to be a certain thickness due to the optical demands of their lens mounts. The only way to decrease the bulk is to make the part of the lens that sticks out smaller. Witness the Pentax Limited pancake lenses. Not being able to afford them at all, I have made do with some fun older Manual Focus lenses. My smallest being the K 35mm f3.5, which is really quite small. It is the next to the left hand one in this shot.
Anyway, I have started carrying my K200d and 35mm in my backpack during my commute to work on my bike. Which afforded me this opportunity. 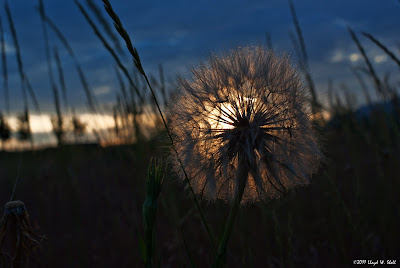 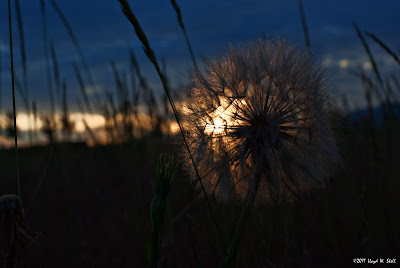 While nothing spectacular, I was glad to have the opportunity to get the shot. No camera no photo.... ya know?
Posted by Lloyd at 9:41 AM No comments:

My daughter has been wanting some photos for a "Magazine" that they have been wanting to make. So I took the opportunity to let them take some. Here is our church that is right across the street. 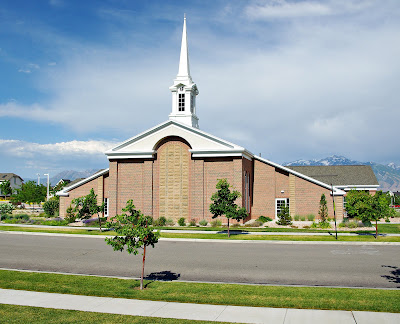 Here are some Orange Sticks from our adventure at the Sweet's Candy Factory. 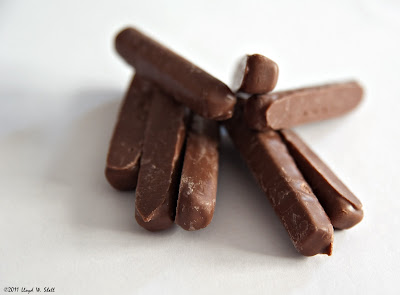 I took this, Sunset on the way home from my folks. Nothing incredible but a nice scene!

On another day of our "Staycation" we went south to the Provo Balloon Festival that is part of the Provo Freedom Fest. We got there a little late for the pre-dawn inflation and balloons lit from the inside. But we still got there in time to see some fun balloons in the air.
I was particularly excited to see Darth Vader in the sky, a little freaked but excited! Who thought of making one of those? I like the piggy bank too, but we have seen that one before. 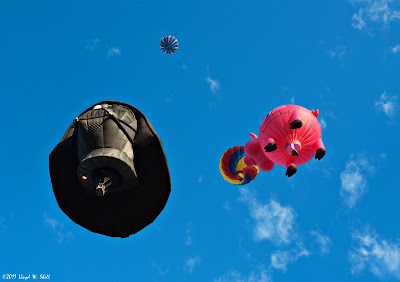 There is something deeply enjoyable for me, to look up at a balloon from below. Don't know what it is, but I just get this peacefully excited feeling when I look up at them. Probably due to imagining myself up there. I have never been up in a Hot Air Balloon, but would love to one day! (Bucket List!!! Along with floating from Flaming Gorge to Lake Powell in a raft.) 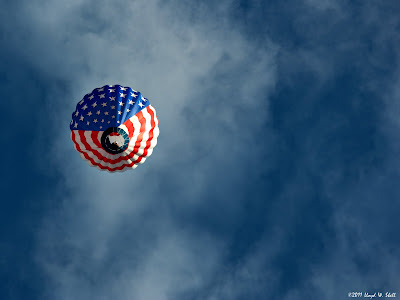 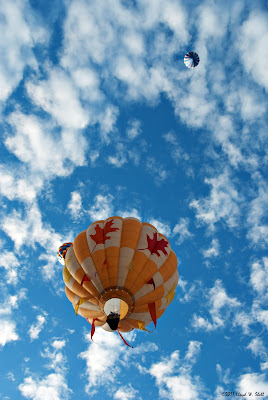 There was not a lot of wind, these guys decided to just set 'er down where they could. In the middle of football practice.... 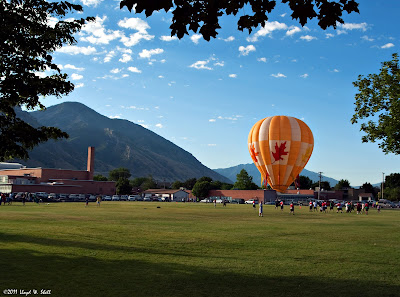 The Coca Cola balloon is supposed to be the largest in the world, and it is HUGE!!!!! They did not fly it just inflated it! sigh....... 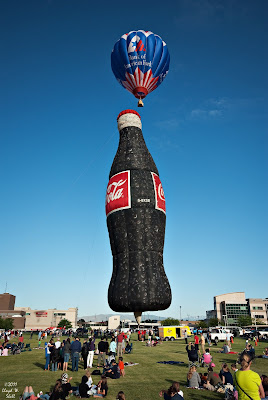 They did invite me into the basket while they blew more hot air in. Kinda hot there, but a fun perspective! 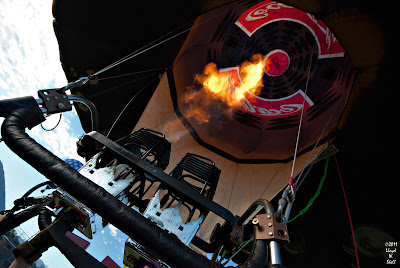 As part of a family "Staycation" we went to Hill AFB to see the aviation museum. I have been wanting to go back for a long time. Haven't been there in years.
I greatly enjoyed the interior and exterior displays, photographically they were not as amenable to good photos inside as they were outside.
Still, part of photography is being in the moment for me and I did enjoy making some memories of the place.
B-25 Mitchell, with (I think) a T-38 trainer above it. 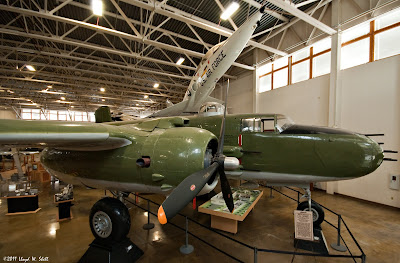 B-25 from the balcony. It was a larger plane than I thought it was! 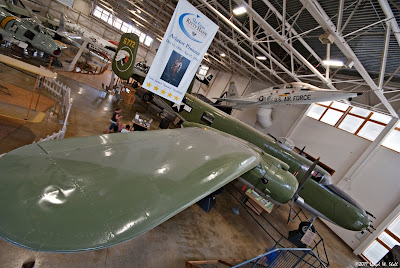 B-17 Flying Fortress, with a P-51 Mustang under the wing. This duo had a large part in the victory of the allied forces in WW-II 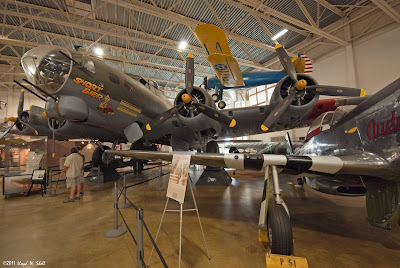 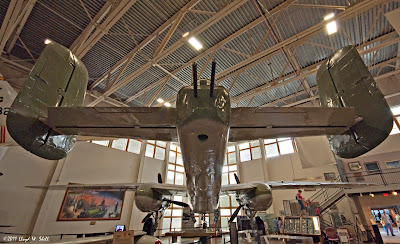 Sikorsky Helicopter, BIG one too. Amazing that these things can fly they are so big! 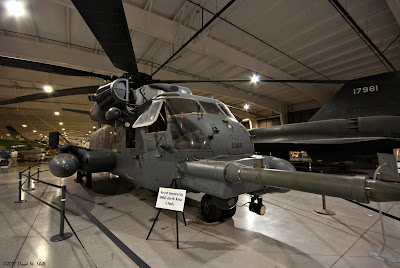 F-86 Sabre (I think) with a replica of the signpost from M*A*S*H, all part of the Korean War legacy. I found myself constantly surprised at the diminutive size of the early fighter jets. 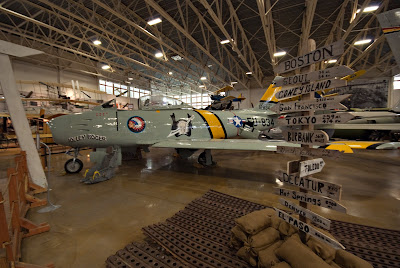 Moving outdoors, we exited to some interesting clouds, which initially made me think I was going to NOT get any good shots due to the flat lighting. I think I did OK.
B1B Lancer 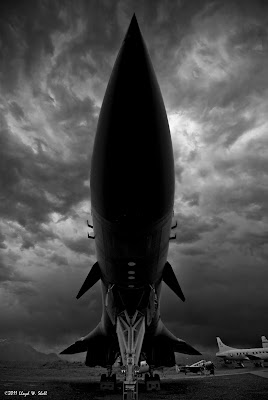 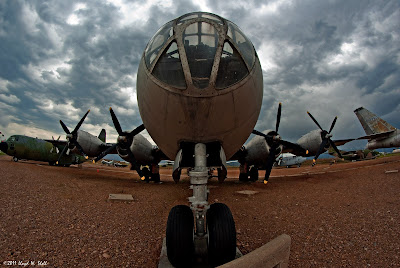 All in all an enjoyable outing!
LLoyd
Posted by Lloyd at 8:01 AM No comments:

Sunday @ the Airport and Lake

Took my kids to the Salt Lake International Airport to watch some planes come in, they thought it was pretty cool. This was my favorite shot from some casual shooting from the Golf Course Parking Lot.

We then headed west out towards Saltair, catching the sun just at it was dipping behind the mountain. 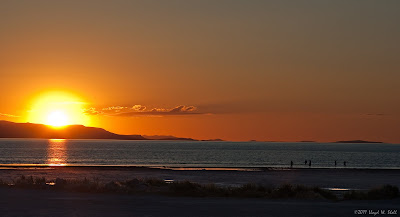 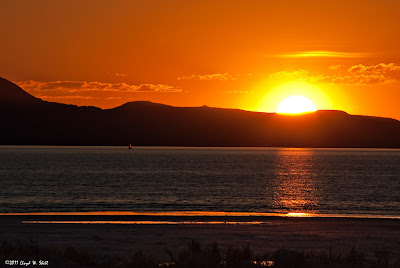 It was a glorious sunset and a fun memory with my kids. Think I may do it again sometime!
Posted by Lloyd at 7:48 AM No comments: