Ah... Glorious Night! Thou That Reveals Thy Secrets to Those That are Willing to Stay Awake!

Back to the Goblin Valley are again, just can't get enough of that place really. Took my Brother-In-Law down so he could see the place for the first time. We left in the early evening and got down there a bit after 10:00 pm. After setting up and turning off our headlights so that our eyes could adjust we were treated to a spectacular view of the Milky Way. (You can see a timelapse of the Milky Way rotating at the bottom of the post.) We stood there for awhile and watched meteors zip across the sky and took in the silent peace. Then went to bed after we got too cold to stand it anymore.
This shot was taken at 1600 ISO and f3.5 for 3 minutes, with the dark frame noise reduction setting turned on. Heaven knows what it would look like if it had not been. This is noisy and unsharp enough as it is. The lens was my 8mm fisheye. 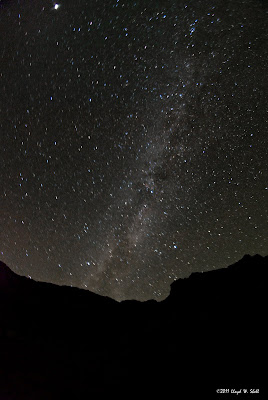 I got up around 5 to a camera with dead batteries (mid 30's will do that to even the best of them.) so I changed them and took a longer exposure, that got to about 45min.... ish.... before the batteries in the remote died..... can't win for losing. The moon was out, which gave me more general illumination, and blued the sky a bit. The large blob in the upper left is Jupiter I believe. 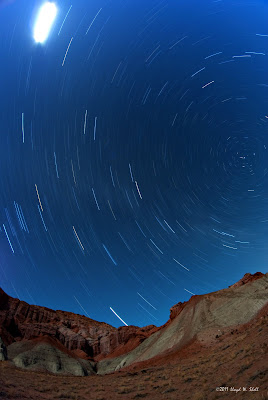 Morning came early enough, and brought some wonderful color. One of the best sunrises I have seen in that area. 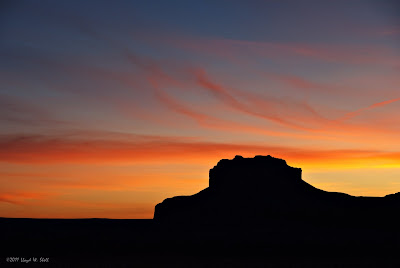 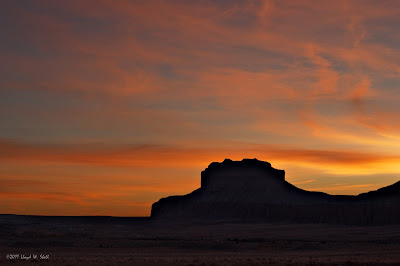 We quickly broke camp, stowed the tents and headed to Little Wild Horse. I had never seen the cottonwood trees in fall color (at least I think they are cottonwoods.....) it certainly fit with the landscape colorwise. 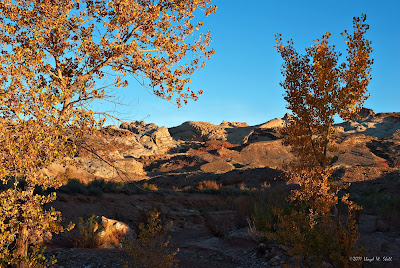 Back into my favorite scenery: a slot canyon. I was deliberately trying to think in B&W this trip. Looking more for tonal differences, texture, and shadow than color. this actually made it easier to visualize the shots for me. 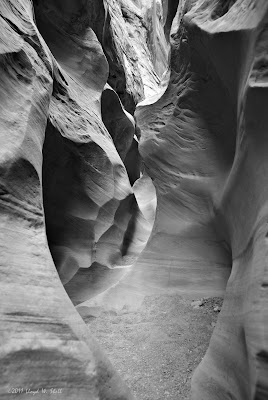 In some ways this is a failed shot, I was so close to the tree that it was hard to get both tree and butte in reasonable focus. Even stopped well down. I still kind of like it, but not that much. 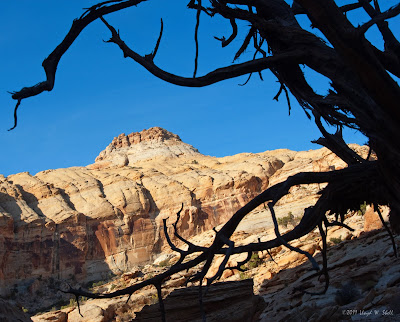 I had seen this before but had been unable to actually get close enough to shoot it. Finally got it, a good feeling. 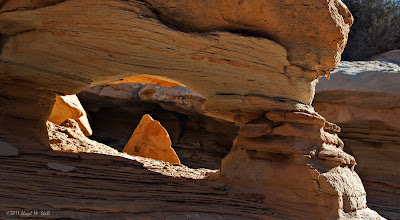 A particularly favorite motif, or hackneyed and overused device depending on who you talk to. Is the dead tree in the desert. Heck if I care if it is overused, it still warms my heart. 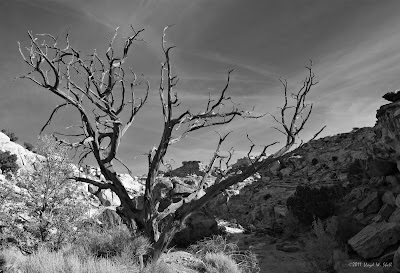 Something about this butte just symbolizes being out in the desert to me. Stark strength in the midst of harsh and unforgiving dryness, enduring majestically, despite the slow erosion that will one day reduce it to blowing sand. Uncaring of man and his efforts to overawe the world around him, the marks in the sky of his ultrafast transit only serving to emphasize the stillness and peace surrounding it. 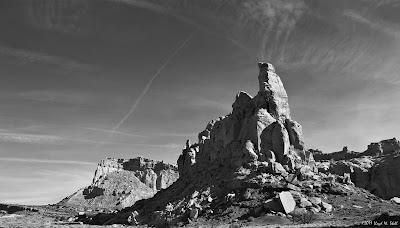 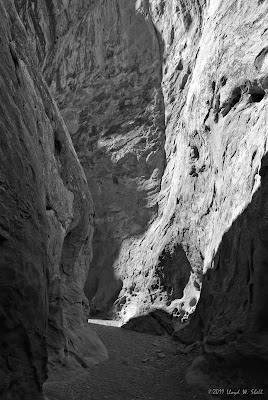 Here is my BIL, first time I hiked this slot canyon, we had to crawl under this rock. A lot of sand and gravel has gone away in those 2.5 years. 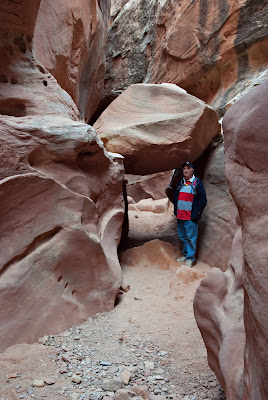 Down in the Hoodoo's of Goblin Valley now, we got a kick out of finding faces in the rock. This conehead was pretty cool. 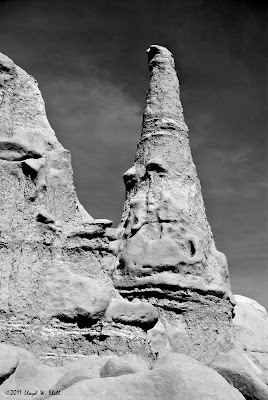 Miles of walking can be had in the valley, some so densely packed it is hard to see where you are. Looking up all you can see is rock and sky. 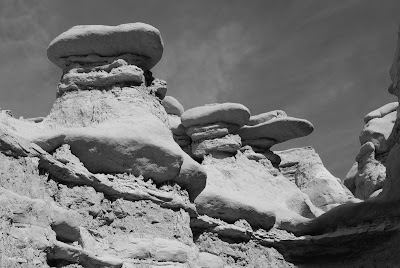 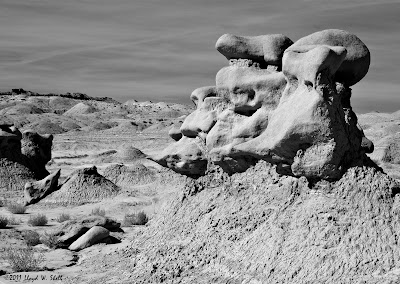 After sadly parting from gods playground, we headed back to civilization, but not without spotting some four legged friends. This larger fella was chasing off some younger bucks, and protecting his ladies. 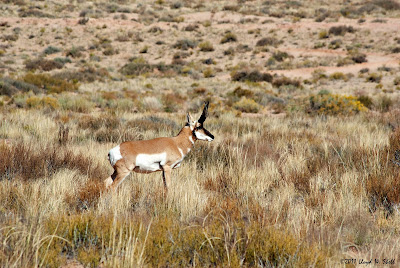 This guy didn't give a crud that I was there shooting him, or so it seemed. 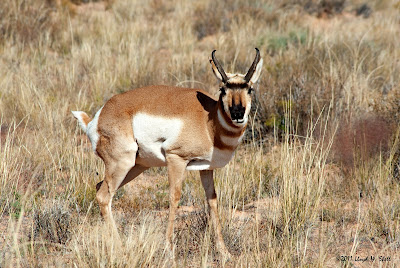 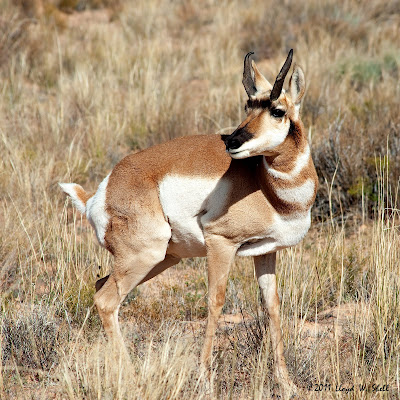 Hope you enjoyed the trip with me!
Posted by Lloyd at 6:15 PM 3 comments: