Worked an extra day this last Monday at a local hospital. On the days I work there I ride the bus and then catch the Light Rail (TRAX) to the hospital. On days that I go downtown I tend to take my camera with me just in case. Monday, I missed the first connecting train and I had about 8 minutes before the next one. Except for the first one, these were all shot in a bit of a hurry.

This was taken as I was leaving my house. It is a mild crop to get rid of a lot of boring sky.

This is the Salt Lake City/County building, where the city and county offices are located. (Funnily enough) This is a crop to about 1/3 of the frame. I probably should have put the 50mm on but I was trying to just use the 28 and see what I could get. I still think it is reasonably sharp. 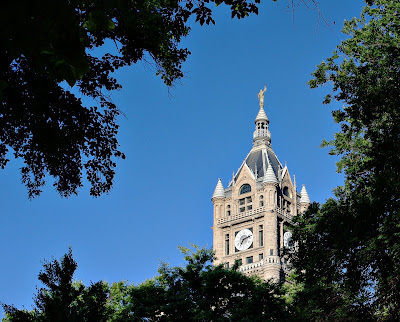 This is an panorama with multiple exposures blended by PTgui. I actually really like the shadow detail this gave me. I shot this handheld and I believe it was 7 blended shots. 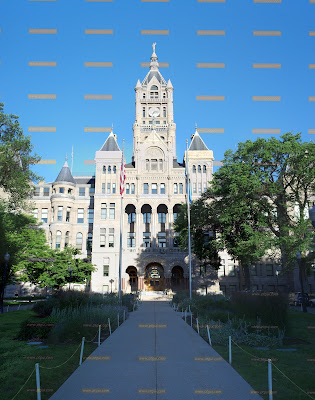 Now for another software experiment. This is the exposure blending setting in Photomatix of a different set of photos. I think the exposure looks really nice and the shadow details are quite good, but it didn't handle aligning the images very well, with handholding the camera I was unable to re-align the camera that precisely between changing the exposures between shots. Clearly I need to pay to get the license for this and PTgui. 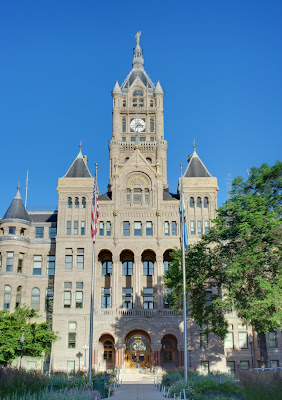 This is the same set of photos processed in Photomatix using HDR and the Tone Compression algorithm, there are other algorithms but like in the above shot, it puts a watermark on the shot unless you have the license. This looks ok, but I think I should have dropped at least one of the darker shots to lighten the shadows. 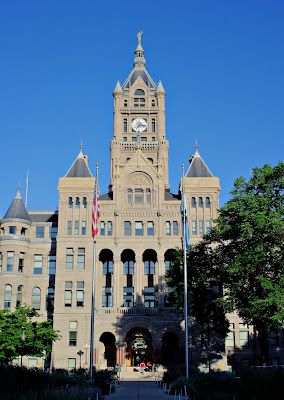