I love to take photos of my local temple, I really do. I had the feeling last night that I should go out and try to take some photos of it again, which I haven't since earlier in the spring. So I grabbed camera and took off. At first it looked like a bust, I was in a park a little ways away and it was clouded over and I was just a bit dejected. But I figured I could go up closer and get some drama from the clouds maybe. Well right after I got there there was a few minute burst of light which I was able to catch, which gave me this. 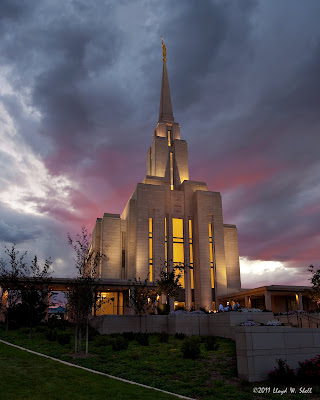 Which I really like. I took this too, don't like it quite as much but it is still kind of a fun shot. 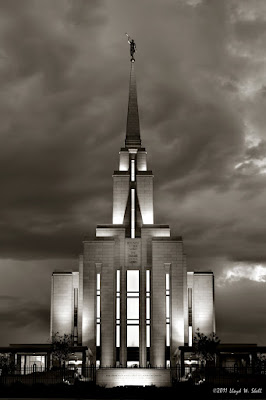