Yeah, I like to brag on myself sometimes, but only when it is deserved. This is a new favorite of mine, two rows of 8 shots (16 total) Stitched together in PtGui, and ready to print LARGE!!!! Just wish I had the money! Large prints and mounting them is extremely expensive. Just love this shot though. I have been waiting more than a year to get it.

Gadding About With A Prime...

To me there is a certain feeling that comes from using a prime vs. a zoom, in part I suppose because my primes are older (i.e "Classic") lenses that were designed to meet a certain standard of feel and build quality that modern plastic lenses simply are not. The feel of a well damped focus ring, the precision and the heft of large chunks of glass, the knowing that you are choosing what point to focus on rather than the camera combine to increase the sensory connection to the camera and through that, the scene you are photographing. Or it could be the dubious superiority of the classic school of thought in photography that using a prime and moving yourself around to create a shot rather than zooming your lens to create a shot is somehow an indication of greater skill. Called "Zooming with your feet" by some and "Stepping into traffic, or off a cliff" by others. I don't know what it is, but when I am just planning to walk around downtown or wanting to just be "Creative" I tend to put on an old manual focus prime lens and take what I can get. Yes I miss shots that the focal length of the lens on the camera is not suited for, but I think I also find shots that I would not with a zoom.

Any way you dissect the feeling, I like shooting with my old primes, it is a sensory experience that connects me with what I am shooting and I simply enjoy it.

So... recently I acquired a Pentax K200mm f2.5 that I have been shooting with a lot, to get to know it, and how it behaves. I think I have a beginning of an idea of how to shoot with it. All the shots in this post were taken with this lens, it performs quite nicely, albeit with chromatic aberration if not stopped down a bit in the right (or wrong) situations. It seems to be a little strained to match the higher resolution of my K-5, but on my K200d it performs quite nicely indeed.

Well, enough maundering, time to go forward and talk about the photos. The first two were taken as I was leaving the University of Utah Medical Center after work, focusing on a moving object with a manual focus lens with a long throw and large aperture is tricky and I missed more than I hit, but I was able to get some reasonable results. 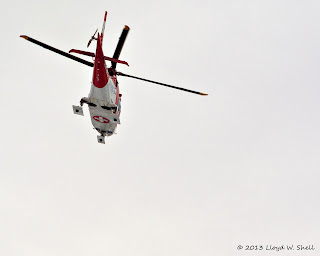 Once I got downtown on the light rail I started my wander, intending to find new things that I haven't shot, or new angles on familiar objects, this  is easy to do when you are used to moderate wide angle lenses and are now shooting a longish telephoto. I have been toying with this type of shot but in the dark with moving cars and lights, long exposure etc... I don't think that this angle is the right angle, but I think it is maybe getting closer. I may need to go a few more blocks south and try again. 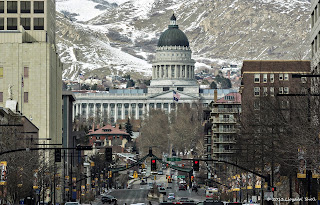 Graffiti seems to be a staple of "Street Photography" not that I truly consider myself one of those yet, but I do enjoy the odd or interesting bit, especially when it is rather clever. This I thought was very clever indeed. 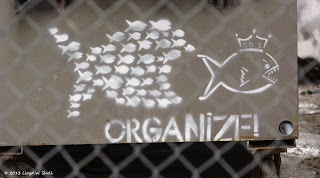 Salt Lake has been making an effort to make downtown a little more funky and trendy. This sculpture was very eye catching and was a perfect subject for a longer lens. It is very much more enjoyable to view large, so do make sure you click on the image. 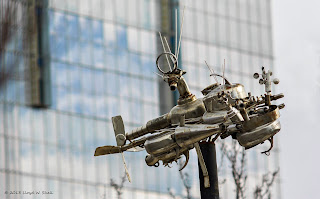 Immediately west of the last sculpture was this one, I enjoyed the patterns and the ability to isolate the shapes that comes from a longer focal length. This is a shot I likely would not have even looked for with a wider lens on the camera. 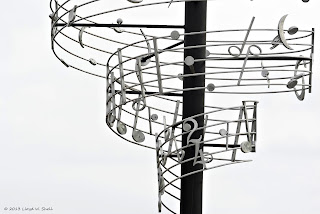 One feature of primes with larger apertures is the ability to isolate subjects from the surroundings, often this can be overused or taken to extremes in my opinion. I shot this at f4 and felt I achieved a nice balance between context and blurring the background enough to bring out the lines of the main subject. 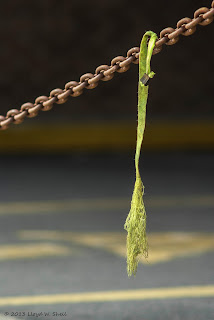 These old apartments up an alley were a feature that I had never laid eyes on before, despite having walked this street several times. The pattern of the repeating trim was something that really pleases me in a photo, could I have taken this with a zoom, certainly, but it was funner to have to work for it a little bit and move to get the right shot. 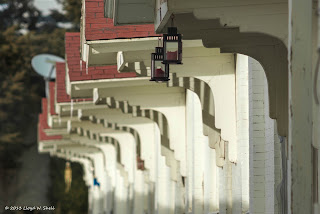 Hey... another repeating pattern. Weird huh? So this was a productive walk about town, I took most of these photos in a fairly brief span of time. Truly enjoy getting the creative juices flowing! 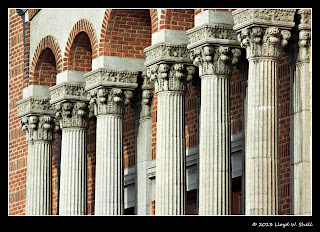 I liked the incongruity of a water tower in a modern city, that and the wispy clouds were nice too. Here a zoom maybe would have suited better, as I could have shown a little more context with a shorter focal length. Still like it though. 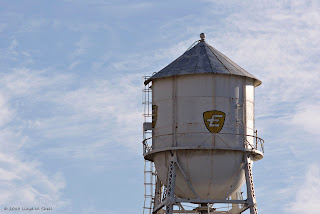 This shot was the reason I went the path I did, I took a similar shot with my 35mm f3.5 not long after getting it, and I wanted to see what I could do with something longer. I love how the pattern fades into blur, it is not the way our eye sees it, but I don't care, it focuses the eye on the pattern and shows you a detail that maybe you would miss with everything in focus. 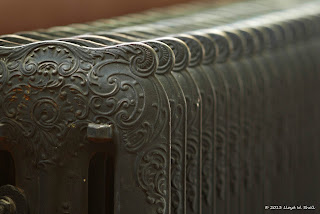 This was actually taken the day before the rest of these shots. Still with the 200mm, it renders nicely and it looks really good. 20x30 print would be the max from this I think, but that is fine for me! 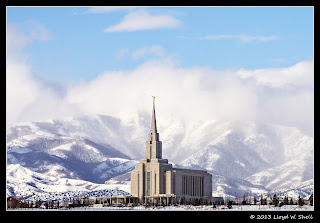 These elk live on a farm close to my home. I was just goofing around, but was mildly entertained by the tongue action which I didn't even notice until I was sitting at the computer! 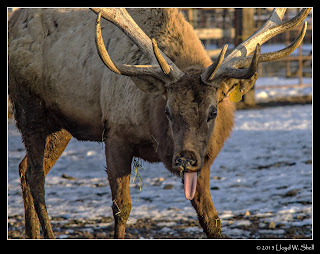 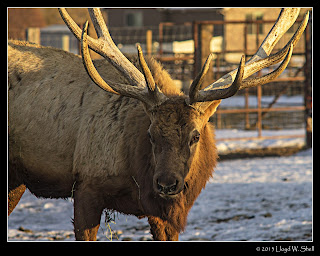 A week earlier I had the 200mm on my K-5 and wandered around campus during lunch and after work. This late afternoon shot was taken on the Presidents Circle, it is nothing special but I like the textures. 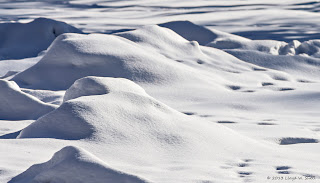 These backboards intrigue me, the stories they could tell, how may lives they have saved, I am constantly amazed at the resiliency of the human body, and yet saddened to see the havoc wreaked by a moment of thoughtlessness. 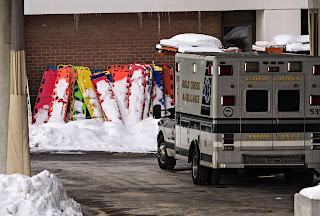 Looking down 2nd south towards downtown, nothing special, ending with a whimper I guess, but for some reason it reminds me of the many days I walked through this area and looked at this scene. 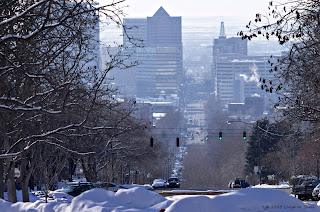 It always amazes me how much the campus has changed and yet remained static. The football stadium has not remained still and is a gleaming monument to athletic achievement. Wish I could afford the ticket to watch.... 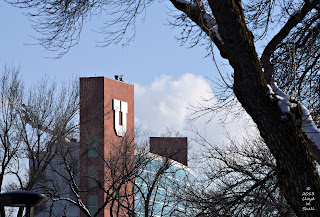 Congratulations you made it to the end of this post, you must be bored. Hope at least some part of it entertained you!
Posted by Lloyd at 10:09 PM No comments: